"Kingscavil consists of four rows running at right angles to the main Edinburgh road...At Kingscavil there are 108 houses... (which) consist of room and kitchen. There are small gardens in front of the houses, but the surrounding walls are in a very tumble-down condition. The rental is 1/9 for single apartment houses and 2/6 for two apartment houses, inclusive of local and county rates." 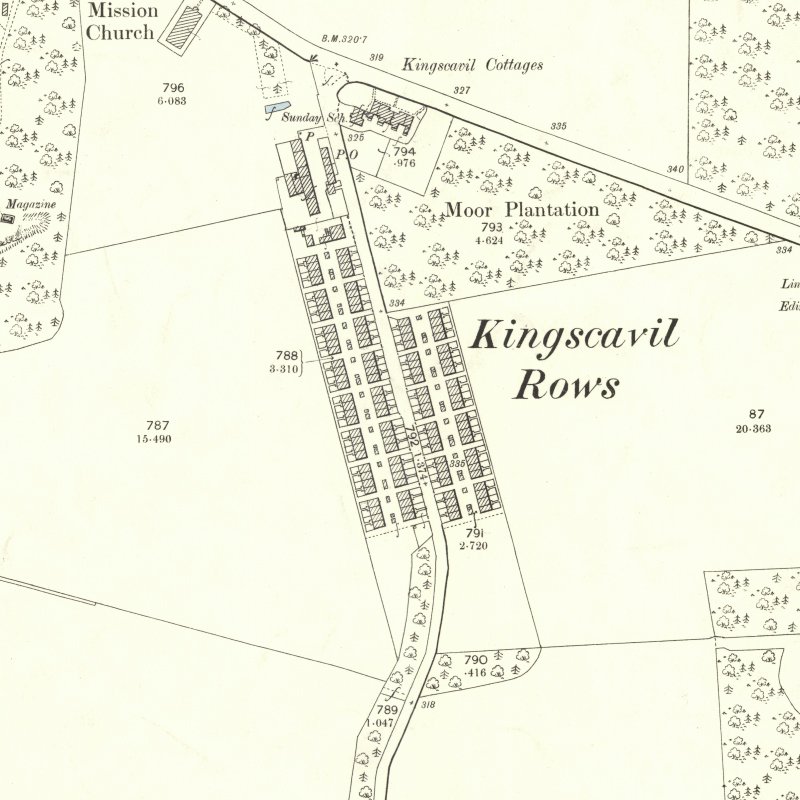 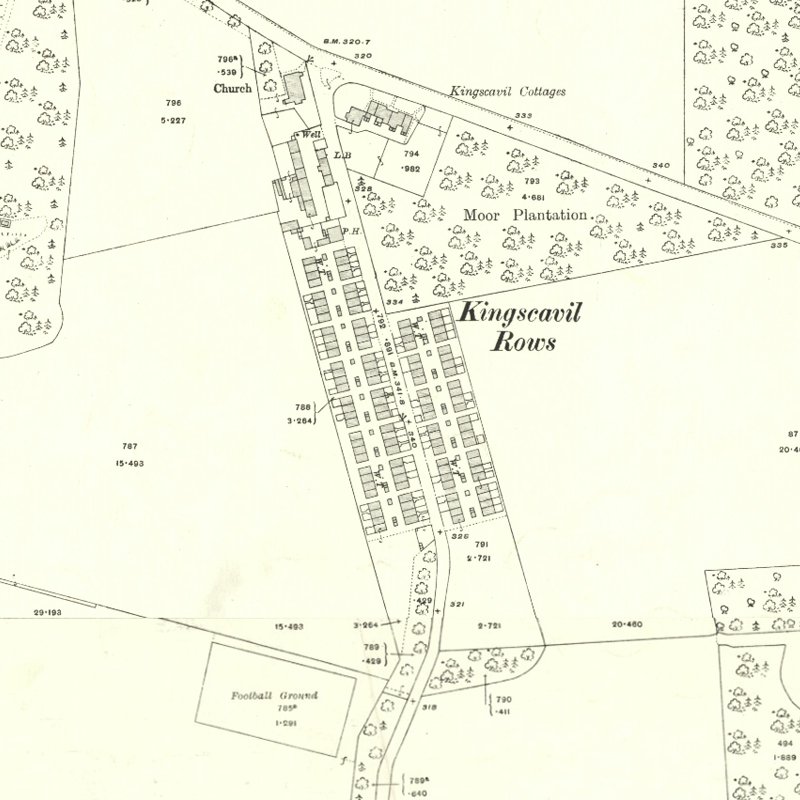 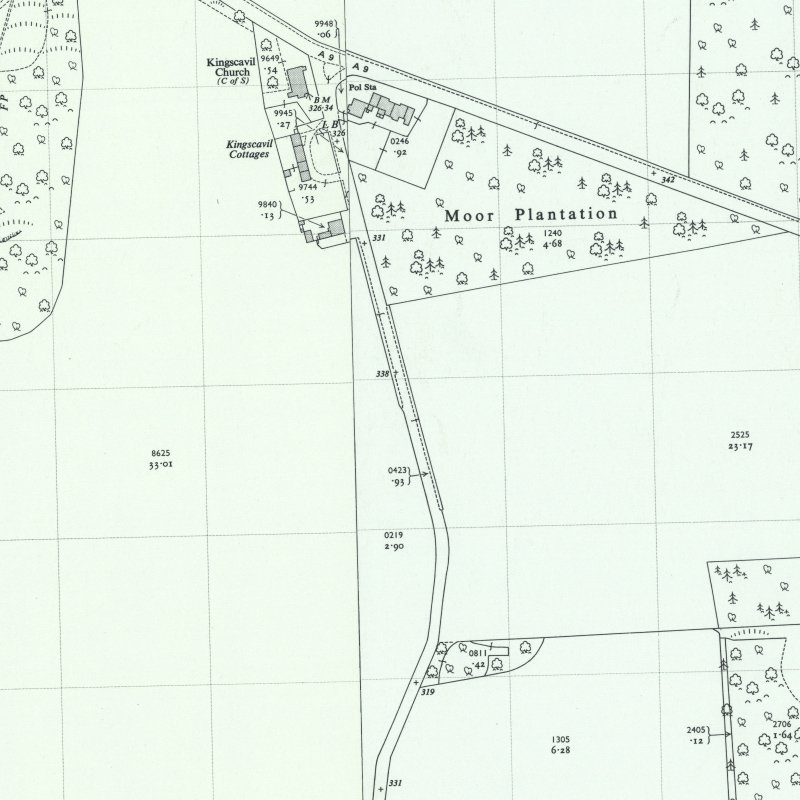 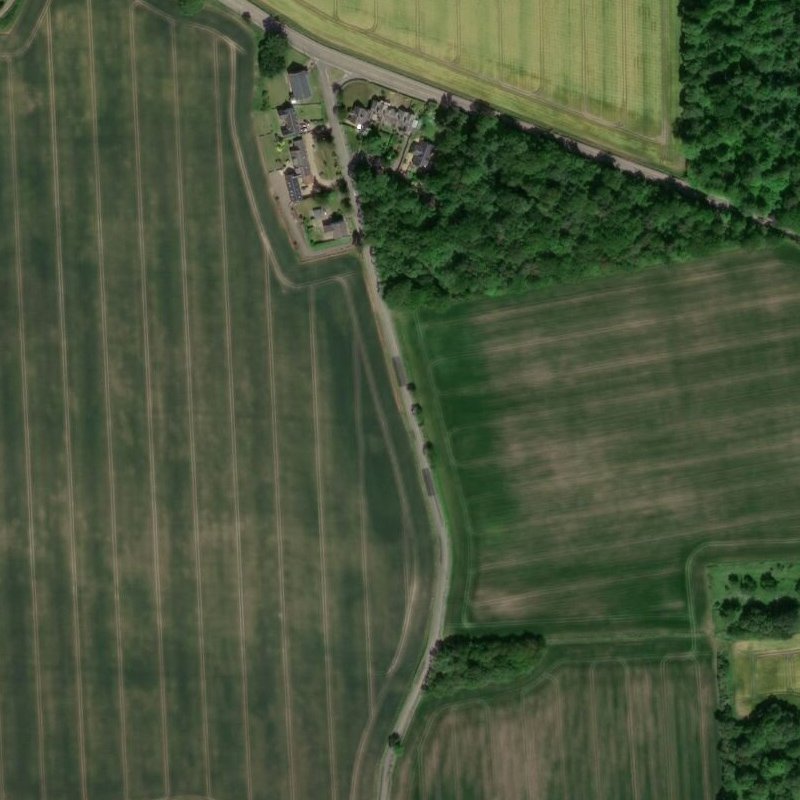 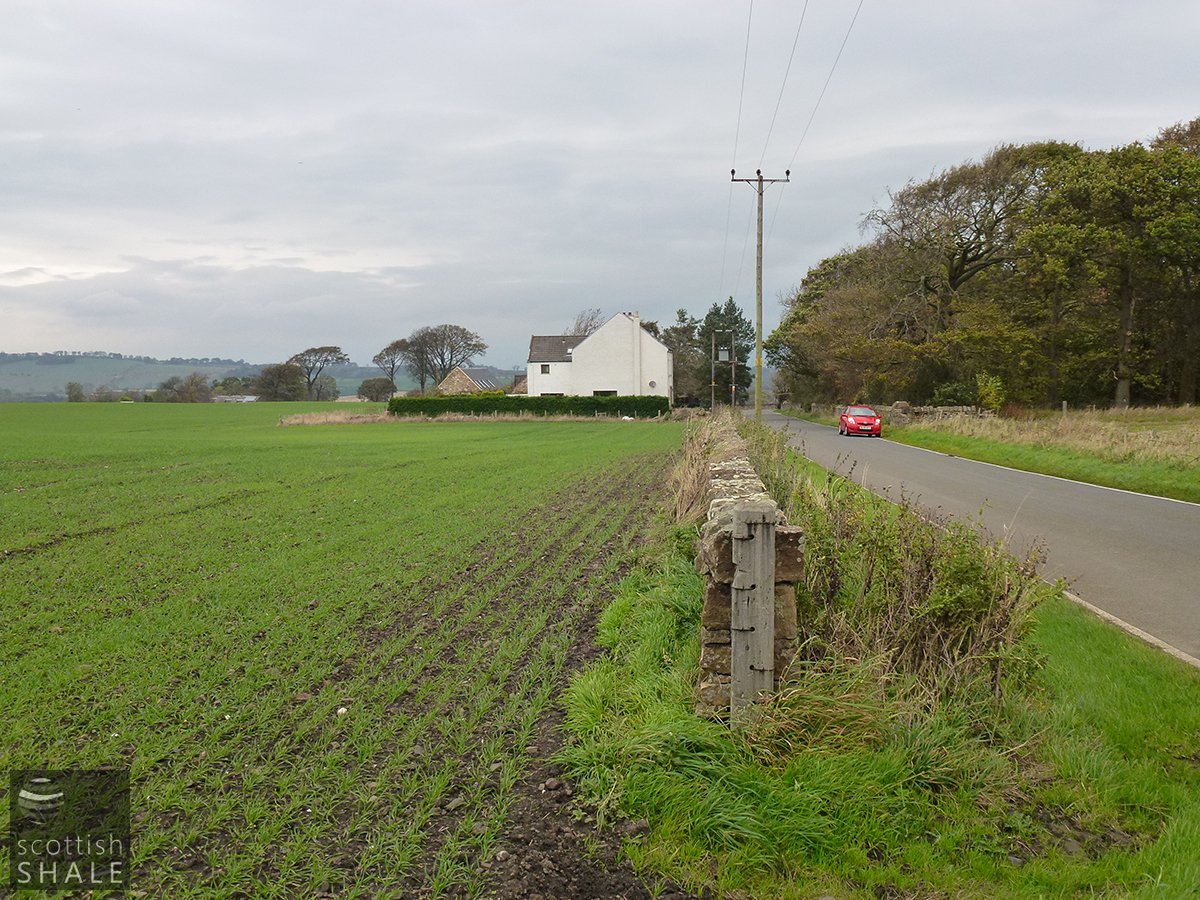 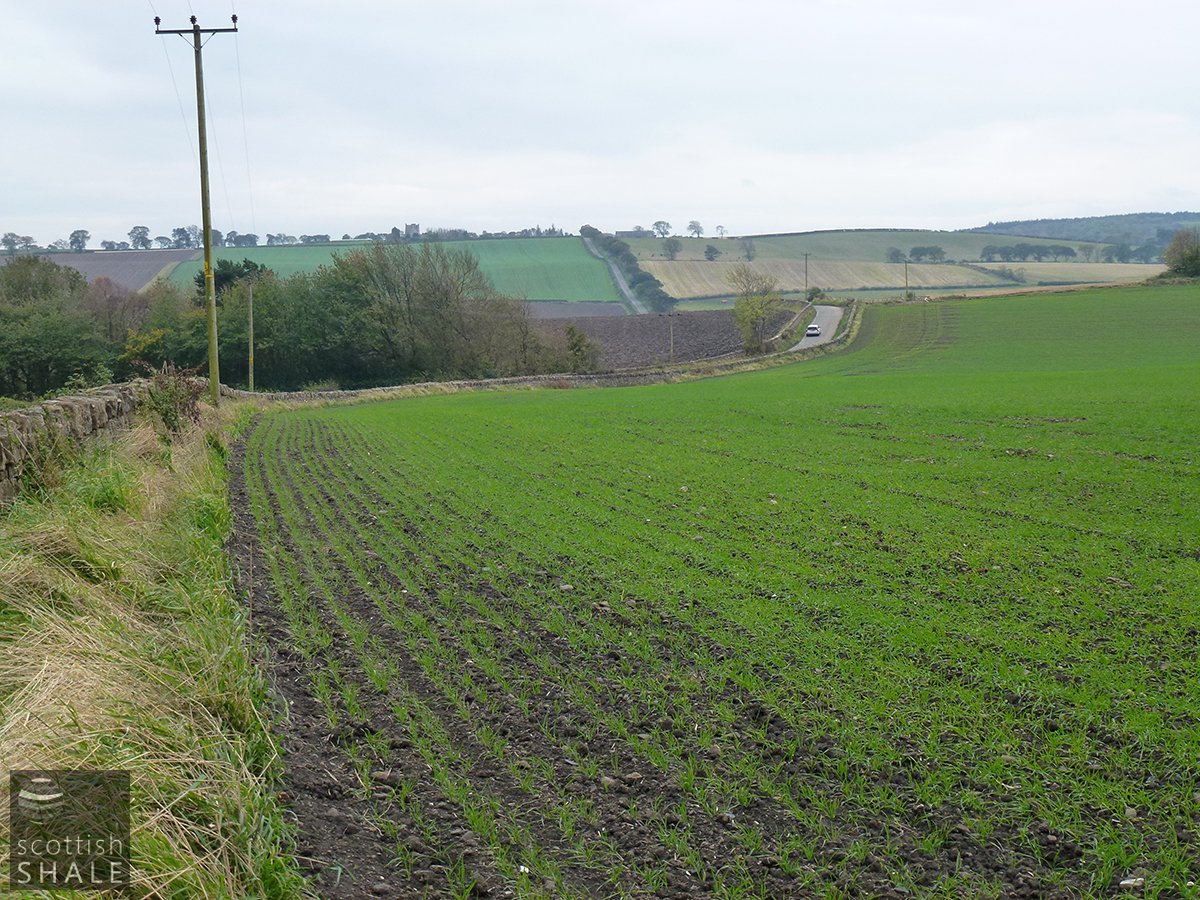 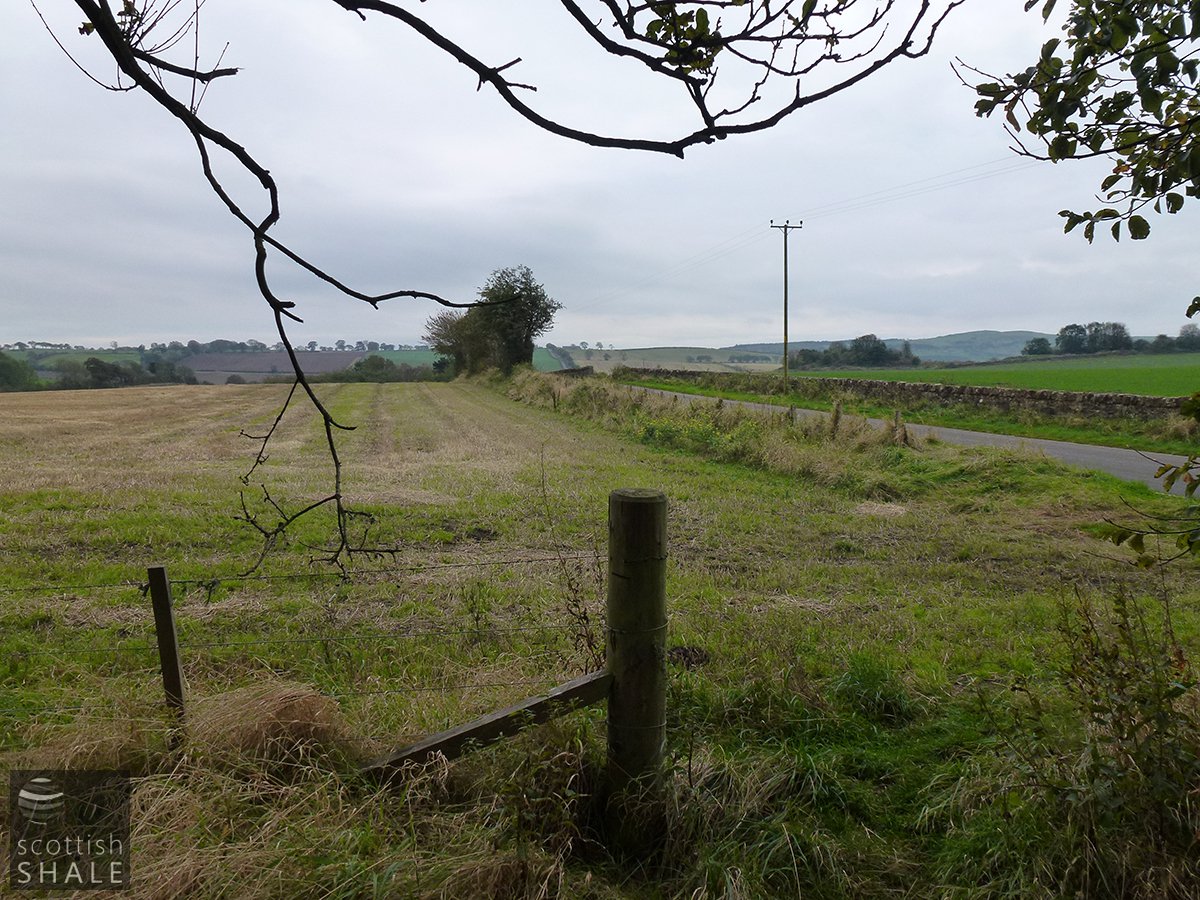 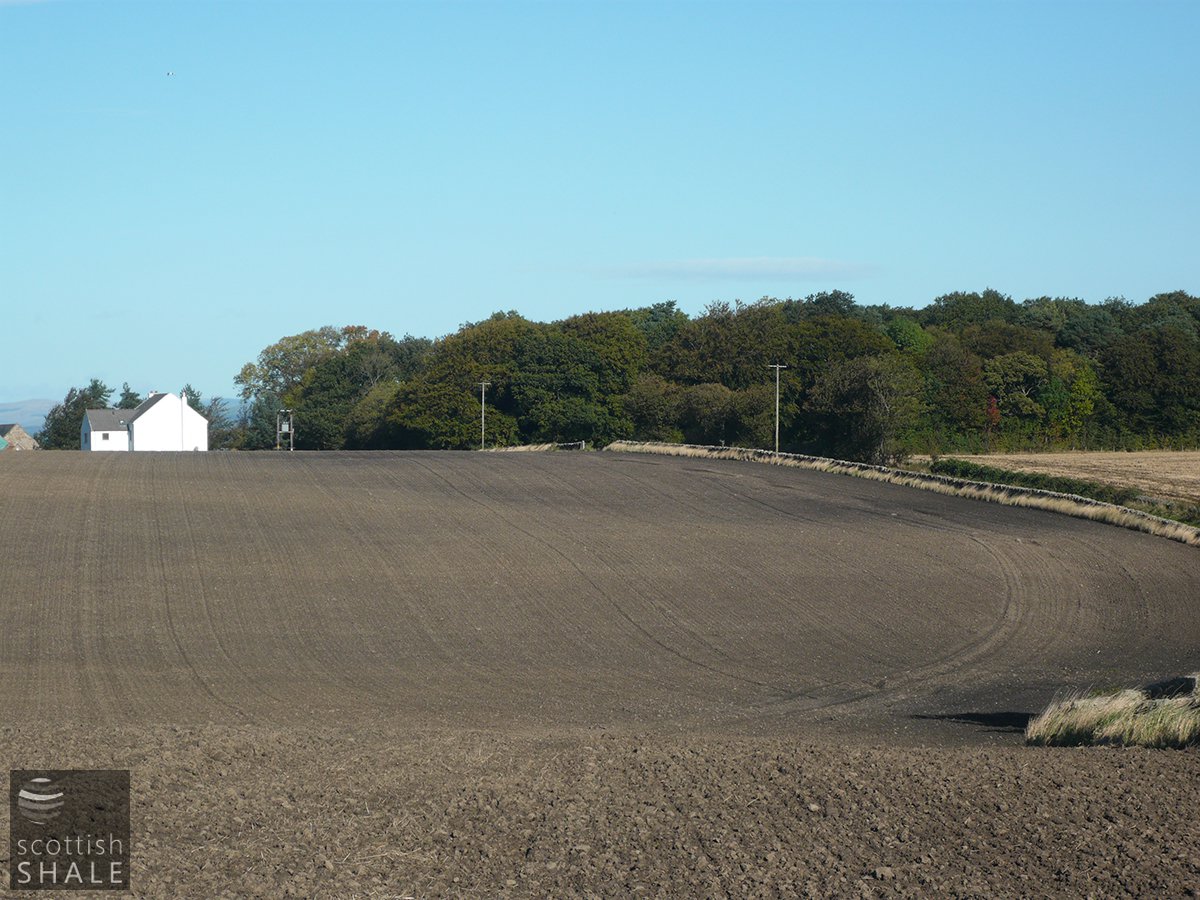 The little village of Kingscavil or Champfleurie, has been enlarged by the addition to it of no fewer than 106 neat brick cottages which the company has erected for the housing of their workmen. Their presence has necessitated the erection of a school; a small mission church in connection with Linlithgow parish has also been built, a large general store has been opened, and a transformation effected in a short time, similar to what one reads of in the mining or newly-settled districts of America.

Since the closing of the Linlithgow Oil Works the scavenging of these Rows Mies been much neglected. The channels glutted with household refuse of every doscription, a large number of the privies are full and overflowing, and complaints are many. The attention of the liquidators have been directed to the state of affairs, but no improvements have taken place.

Tenders have been accepted for the building of 184 houses of 3, 4 and 5 apartments to take the place of the condemned houses in the old shale-mining villages of Bridgend and Kingscavil Village, near Linlithgow. Eighteen months ago an official inquiry was held at Linlithgow into housing conditions in these villages. It was the first inquiry to be held by the Department of Health under Section 27 of the Housing (Scotland) Act, 1930 and it was pointed out at that inquiry that the villages of Kingscavil and Bridgend first came under notice of the County Council in 1931, when Mr A M Smith, sanitary inspector for Linlithgow district, declared that the villages ought to be demolished. At an official inquiry, Mr Joseph Aitken, Fauldhouse stated that West Lothian held the unenviable distinction of having the highest percentage of population living in two-apartment houses, and the highest number of persons per room of any in Scotland. The houses about to be built by the County Council, to plans prepared by Mr Matt Steele architect, Bo'ness will be of the larger size specified in recent instructions issued by the Department of Health.' The cost of the scheme is 58,000.