Constructed in open countryside to house the workforce of Hopetoun Oil Works, bings gradually encroached from the north and south until the western part of the village became enclosed within a dusty canyon. The 1890's OS map show three rows, each with twelve two-roomed homes in the west of the village, some larger buildings (the institute?) in the centre. To the east there was one row of eight single room homes and two rows of two room homes with fifteen and one with eighteen homes. By 1917 sculleries had been installed on most houses and one new row built with twelve two-room homes.

"There are 96 houses owned by Young's Mineral Oil Co. in Niddry. Some 88 houses consist of room (12ft x 13ft), kitchen (12ft x 13ft), scullery (7.5ft x 6ft) with sink. There is a dry closet and coal cellar to each house. A wash-house is provided a few feet from the scullery door, where gravitation water is obtained for domestic use. Small gardens are also provided. Rent for 34 of these houses is from 2/5 to 2/11, while 54 houses are rented at 3/2 per week, inclusive of rates. There are 8 one apartment houses, rental 1/6 to 2/- weekly. Many of these houses are over 40 years built. Two houses have been converted into games and reading rooms. The total number of houses in Niddry is 118, the population is 690." 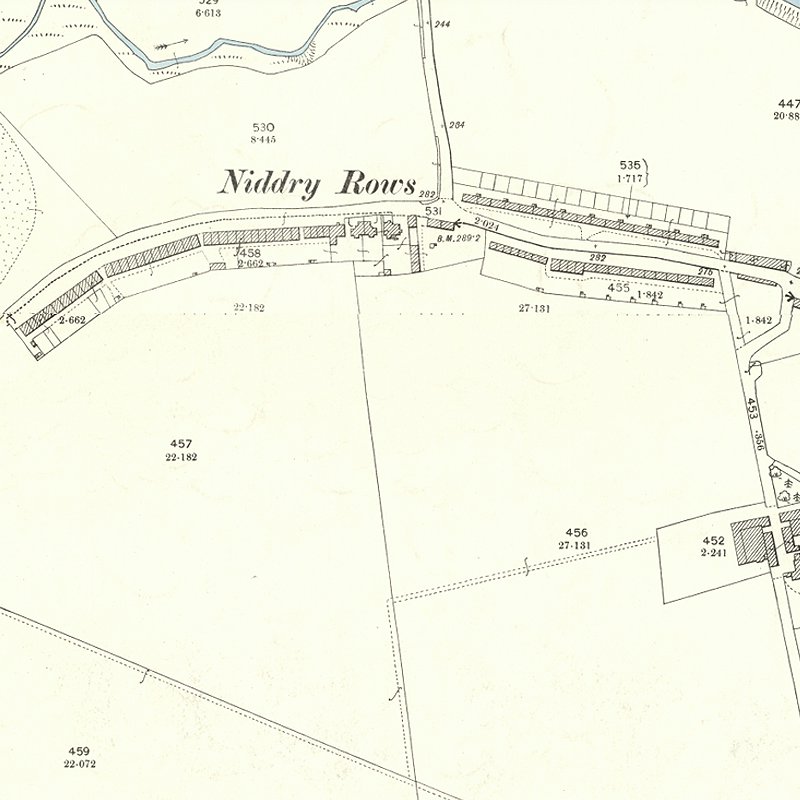 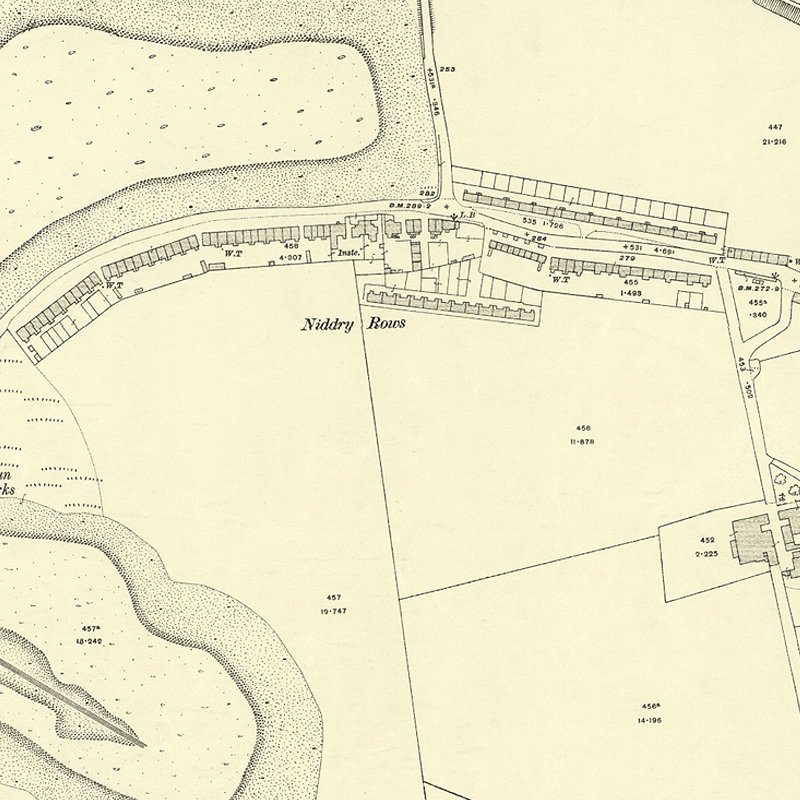 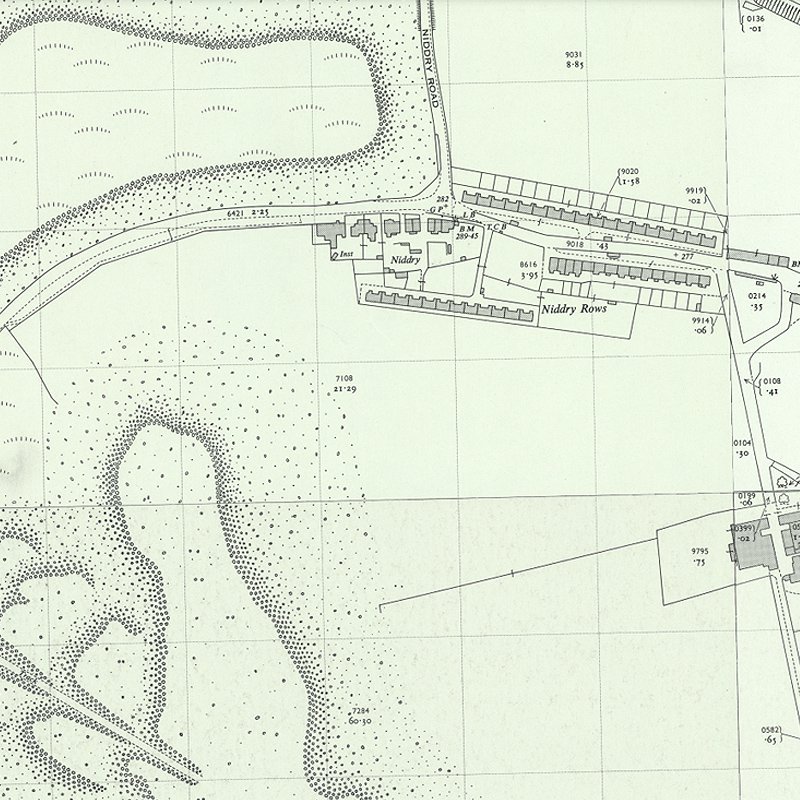 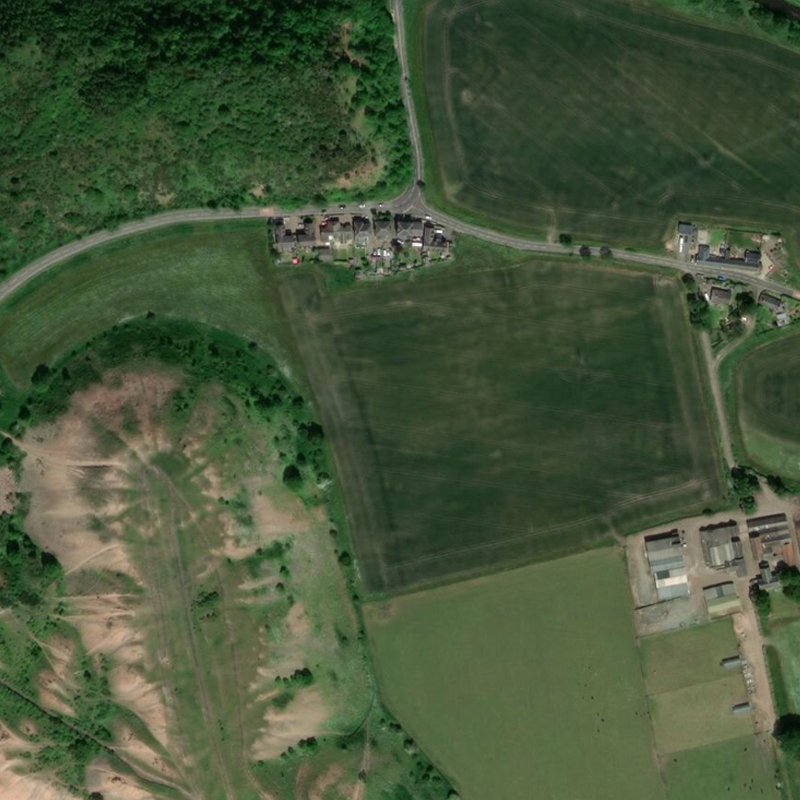 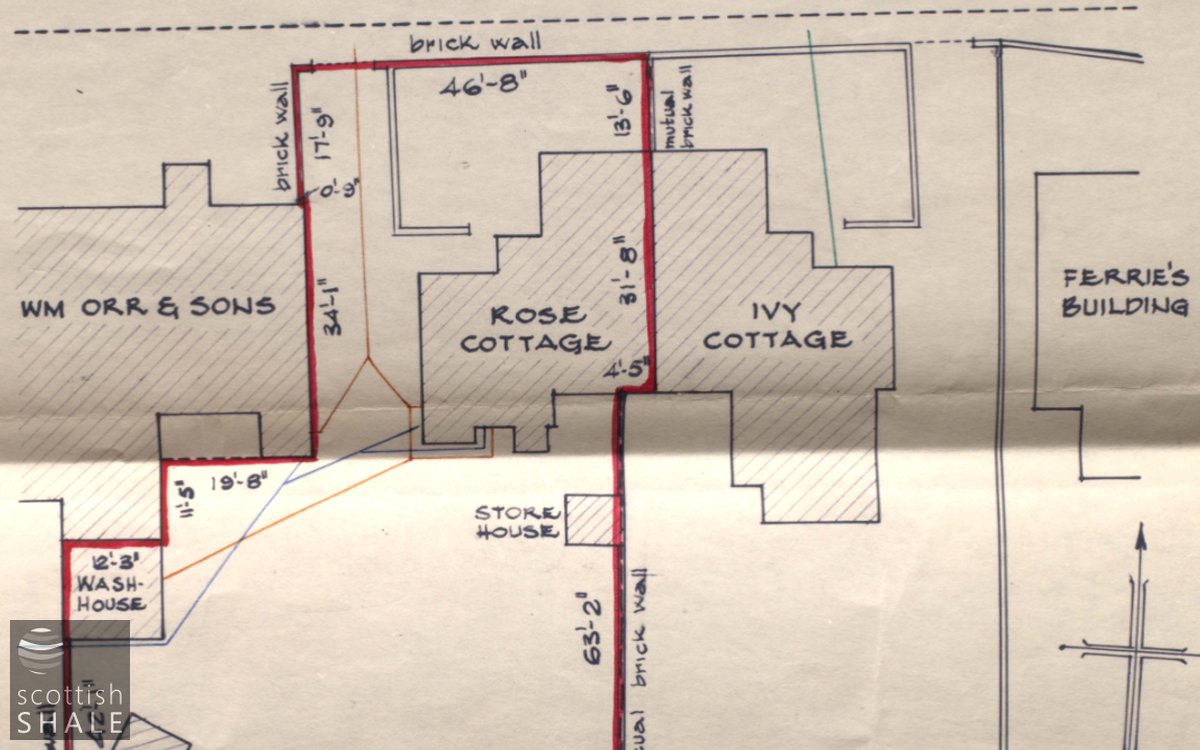 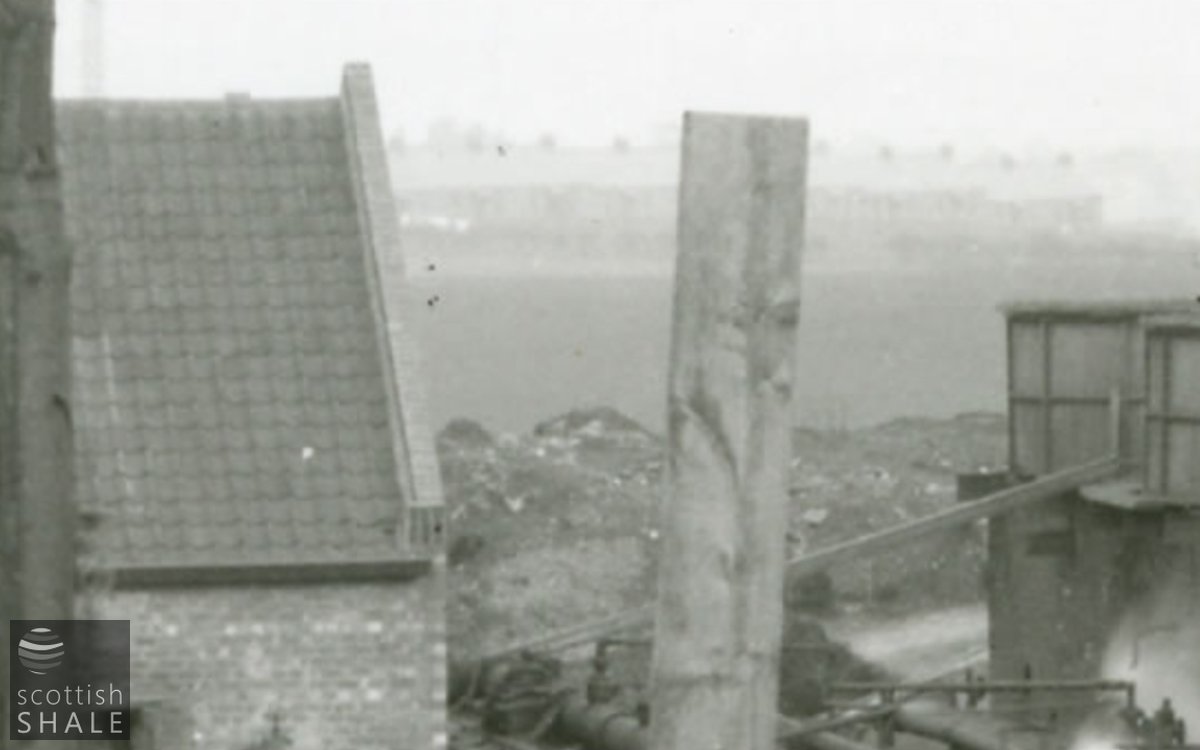 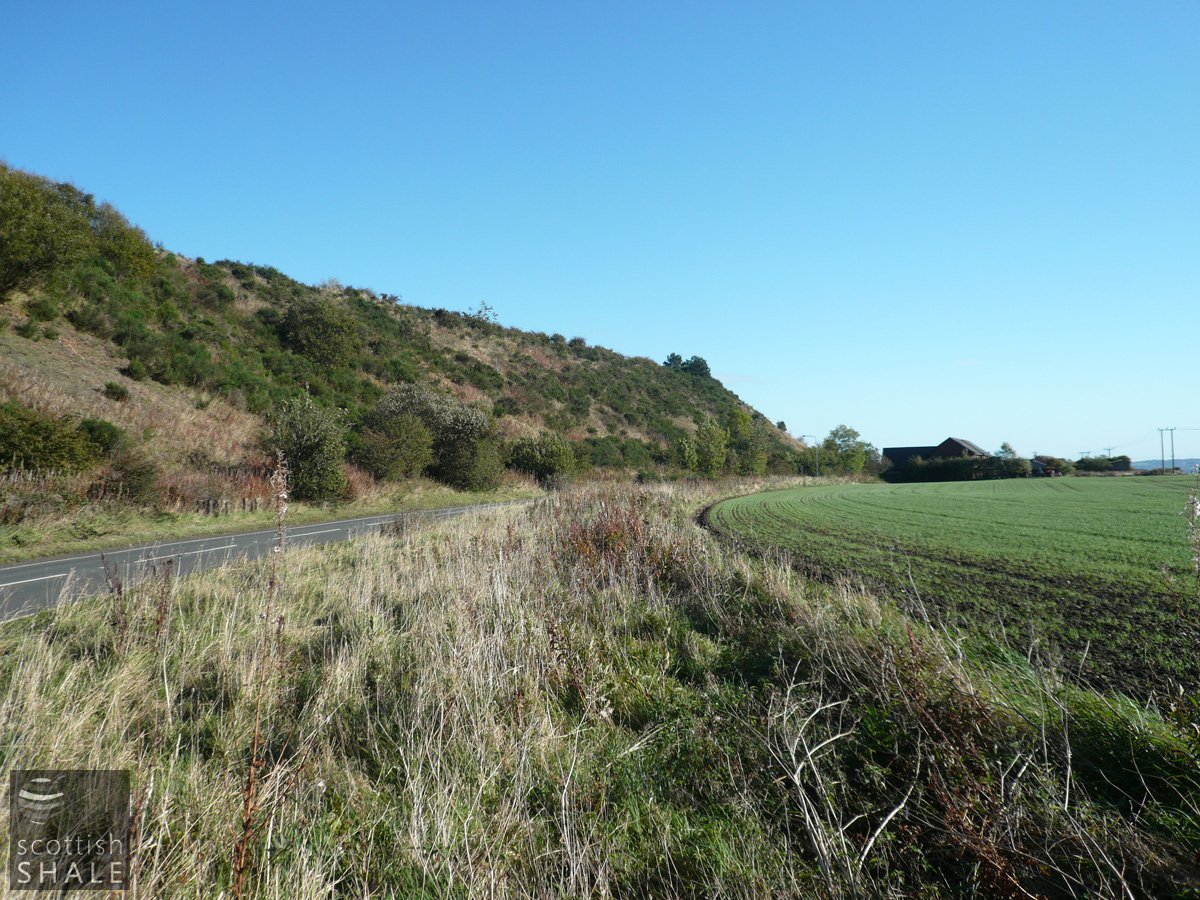 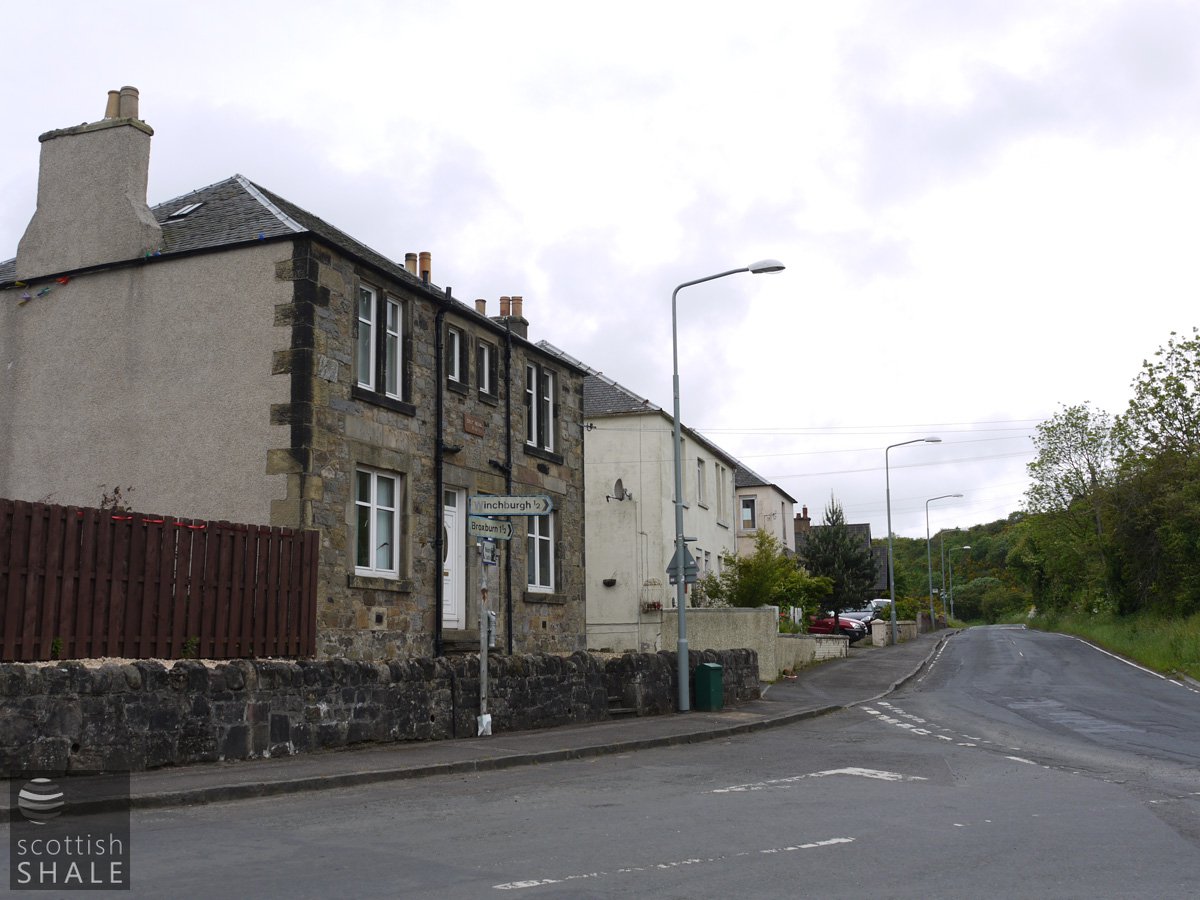 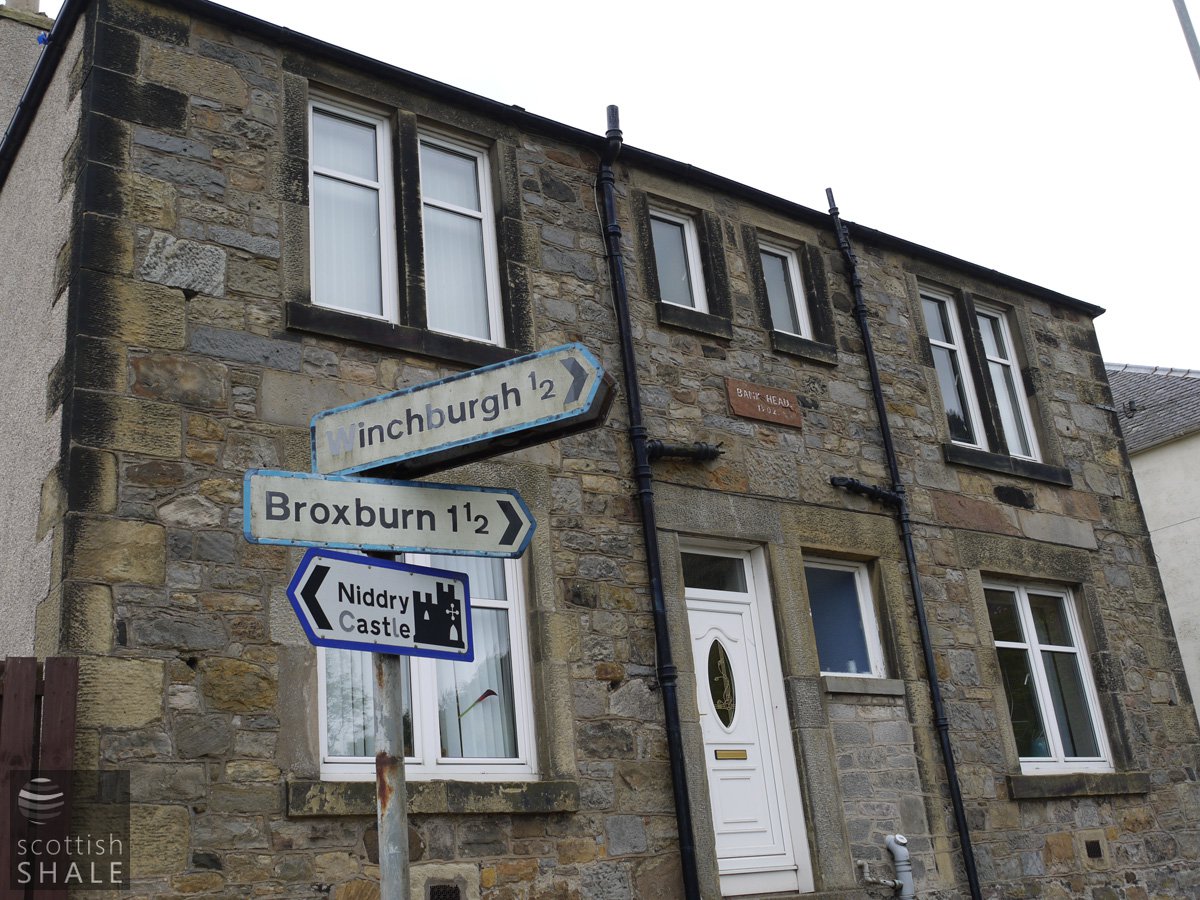 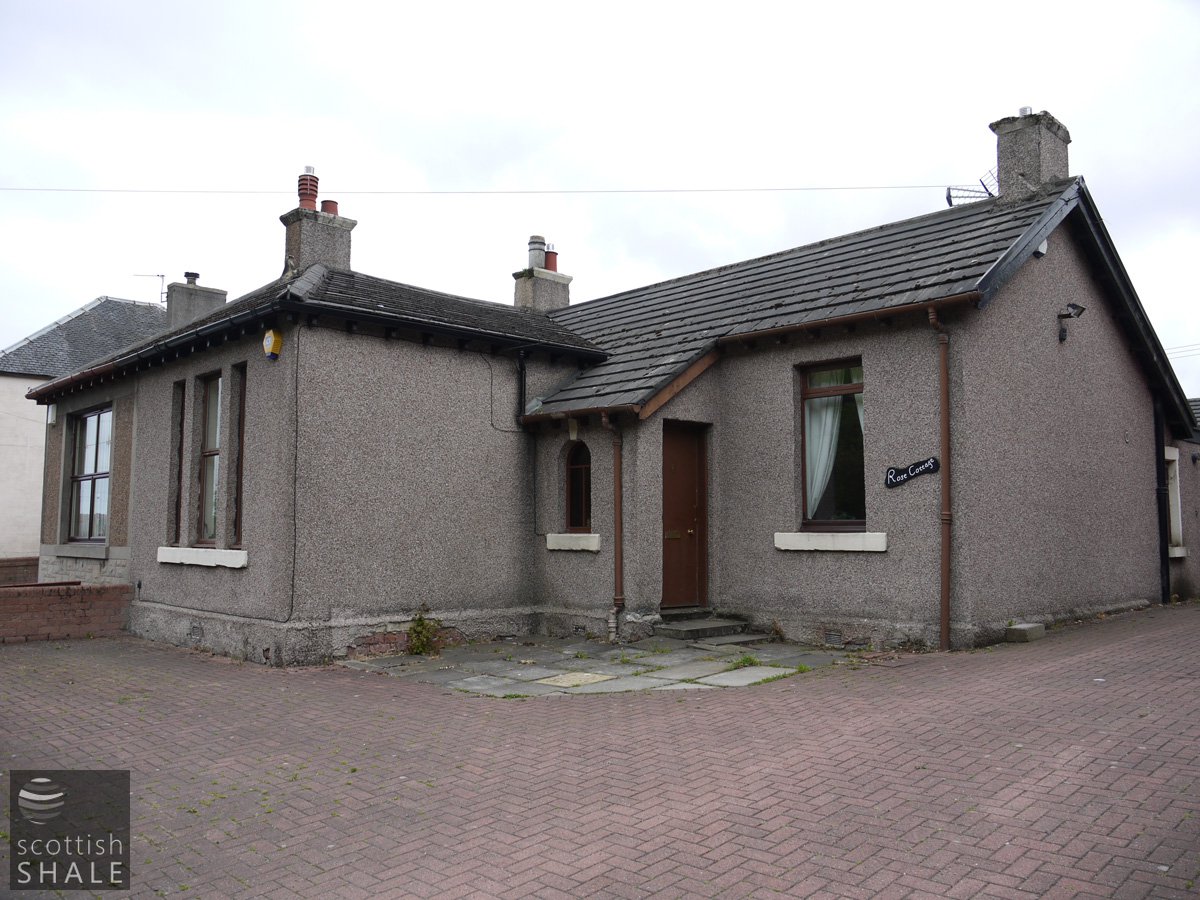 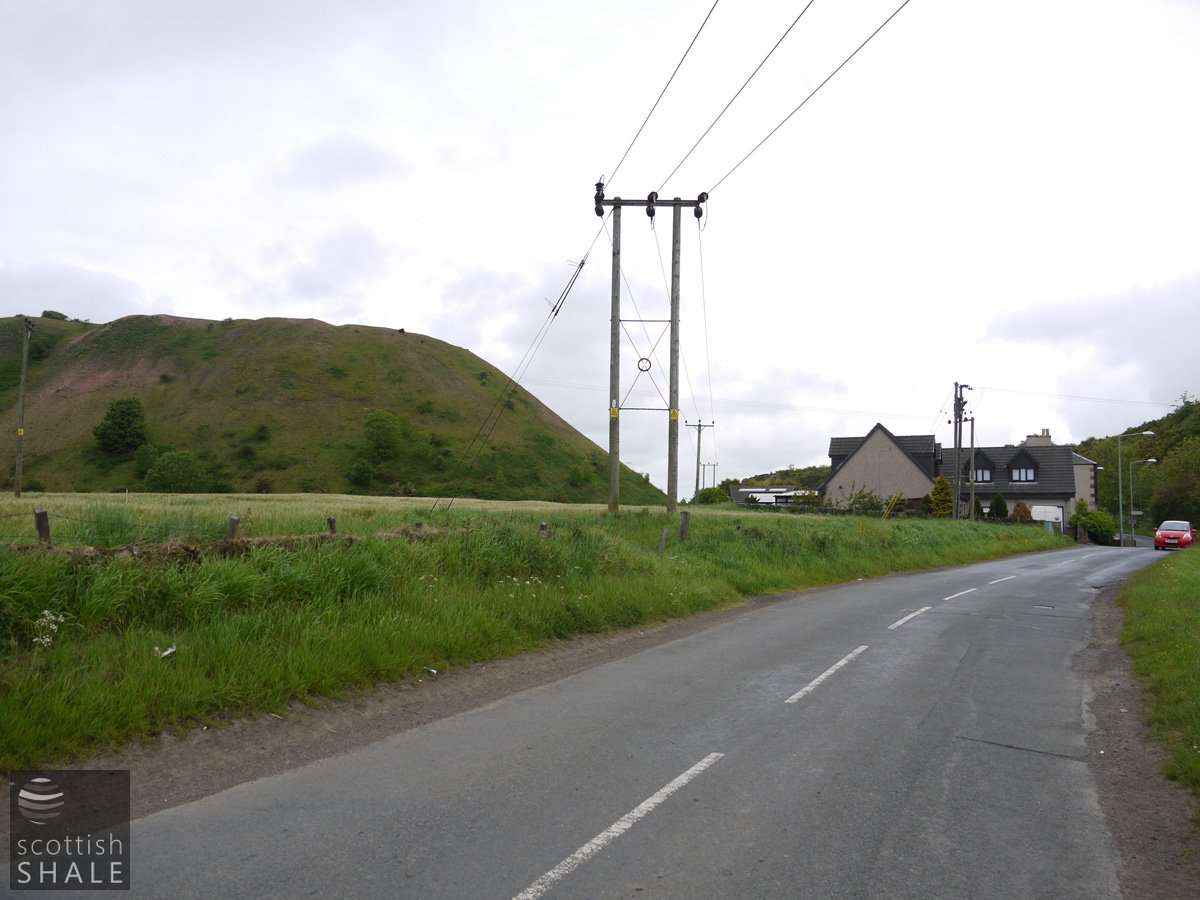 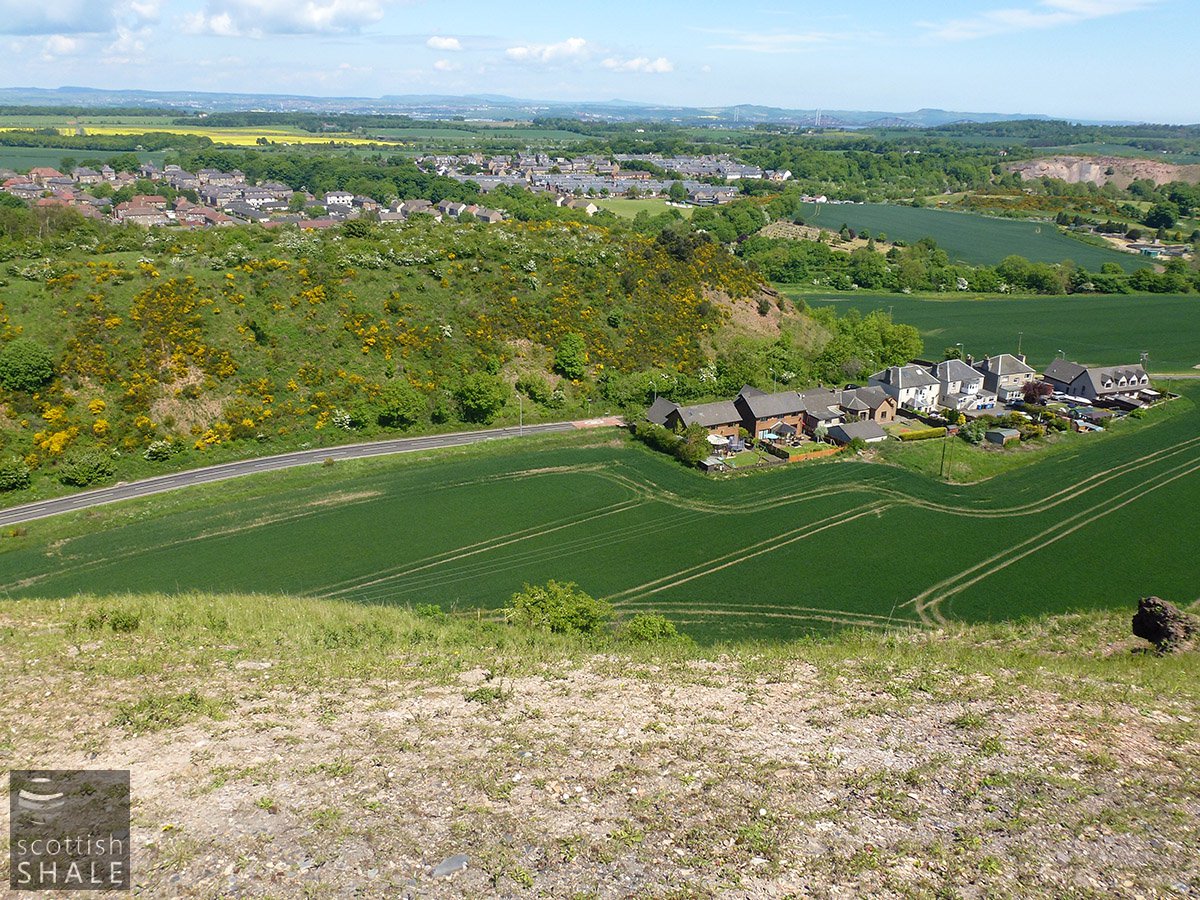 Niddry Village: Twenty-four houses have been officially closed. No block is completely empty to allow for demolition. The remaining houses are being closed when vacated. Every effort to be made to rehouse the tenants in Winchburgh or Broxburn. Rose Cottage, when vacant to be sold. Hazeldean; the occupier is interested in purchasing this house.

The improvements carried out at my instance at these Rows have now been completed. The work was of a comprehensive character. It comprised the building of 40 new privies, 40 coal houses, laying of entire new gutters, removing the whole of the ashpits, and substituting dust bins, rhoning the whole of the houses, and improving the general drainage of the place. The work has been satisfactorily carried out. and the improvement is a very great one.

The Area on which are situate those forty houses numbered 1 to 40 in Niddry Rows, Winchburgh, in the Parish of Kirk. listen, and owned by Messrs Young's Paraffin Light and Mineral Oil Company. Limited. per R. W. Melkle, Secretary, 63 Bothwell Street, Glasgow. Dated this twenty-fifth day of June, 1935. J. G. B. HENDERSON, Clerk to the Local Authority.

For some time the Niddry and District Institute attached to the Hopetoun Oil Works has proved inadequate to house the various social functions of the village, and with the removal of some of the houses in the neighbourhood of the Institute under the Slum Clearance Act. the management have taken advantage or the space offered to extend and reconstruct their recreation hall. The people dispossessed are now housed in Millgate, district adjoining, and with the increase in the population large hall has become necessary. Part of the fabric of the old houses is being utilised, but the interior is being completely remodelled and reconstructed. When completed the Niddry people will possess a comfortable and attractive reading-room.