The partnership of Mungle & Thornton operated Cobbinshaw North Paraffin Oil Works between c.1870 and c.1875. Workers were initally housed in huts at Kipsyke, at a site probably close to the shale mines that served the oil works, about a mile to the north. In 1872 twelve houses, a store, and a foreman's office were constructed at North Cobbinshaw, presumably close to the oil works. These properties were listed in valuation rolls until 1885, the store and many of the houses being listed as unlet for most of that period.

The precise location of the oil works and worker's housing at Cobbinshaw North is unclear. Housing in the vicinity of Cobbinshaw station marked on the 1898, and mainly extant today, seems likely to have been constructed for railway works by the Caledonian Railway Company. 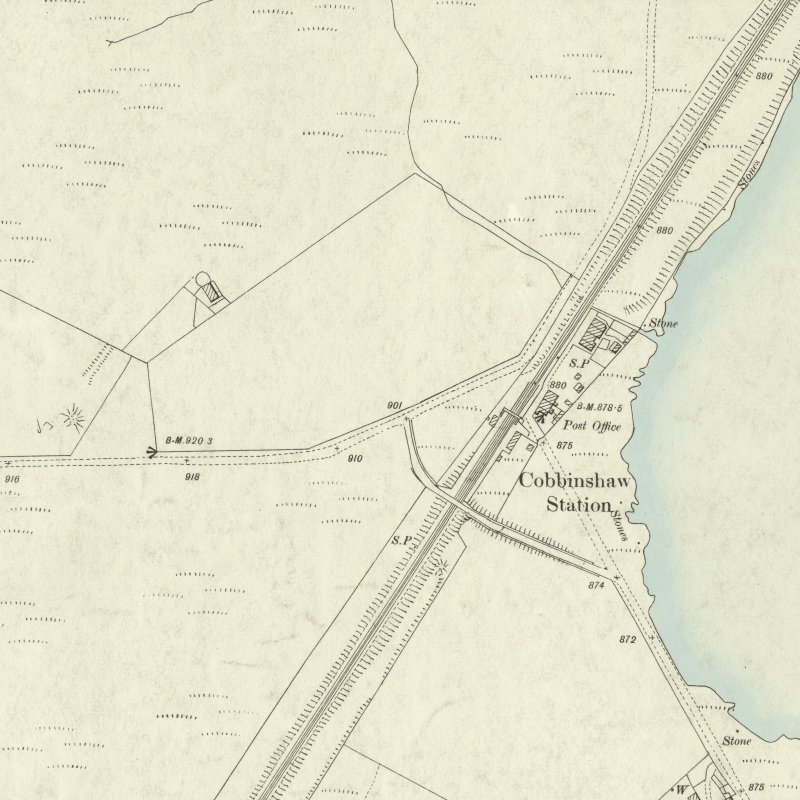 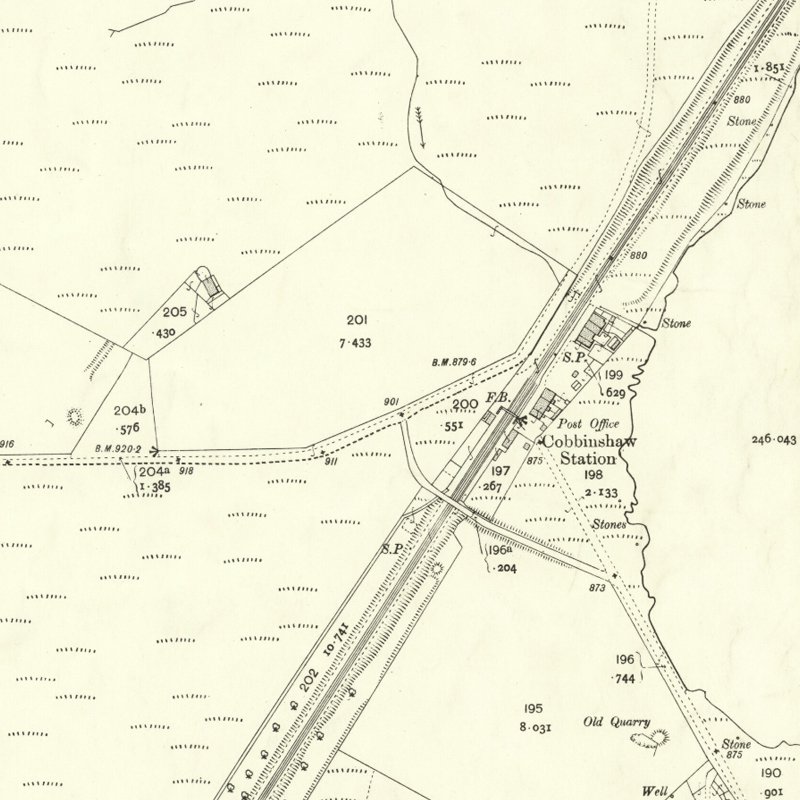 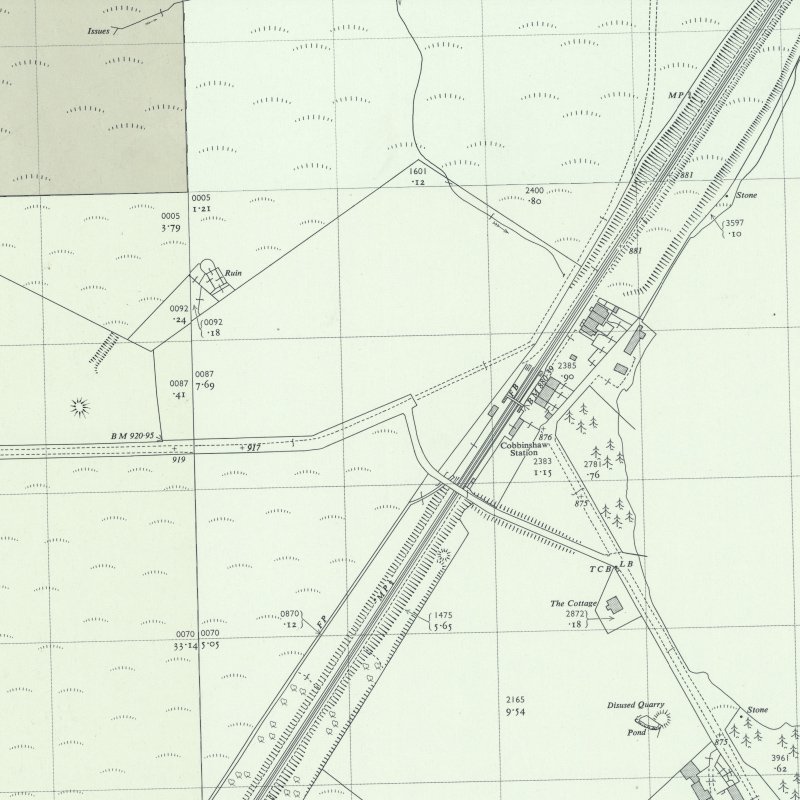 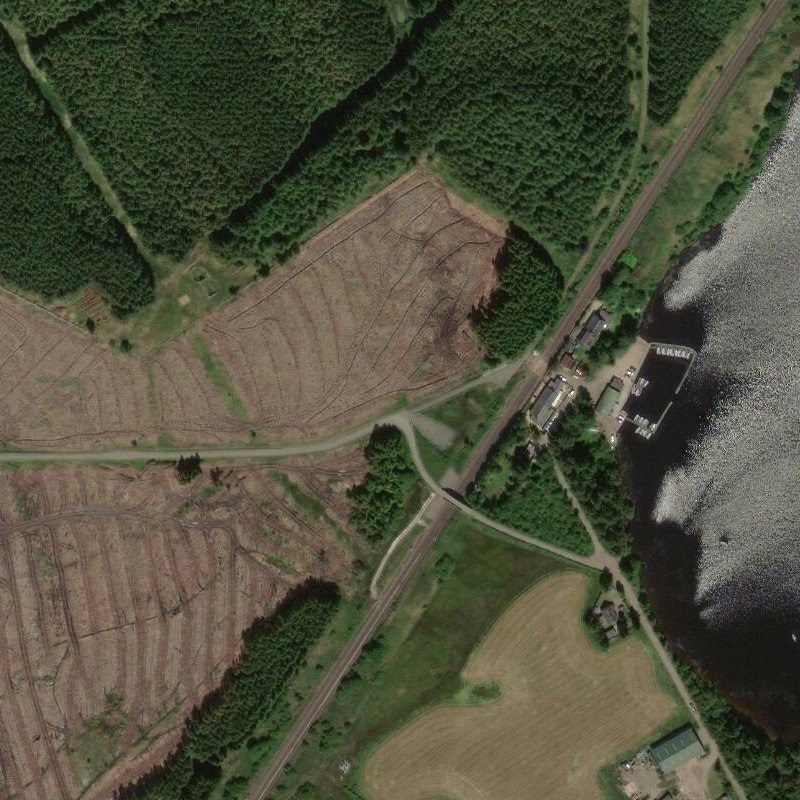 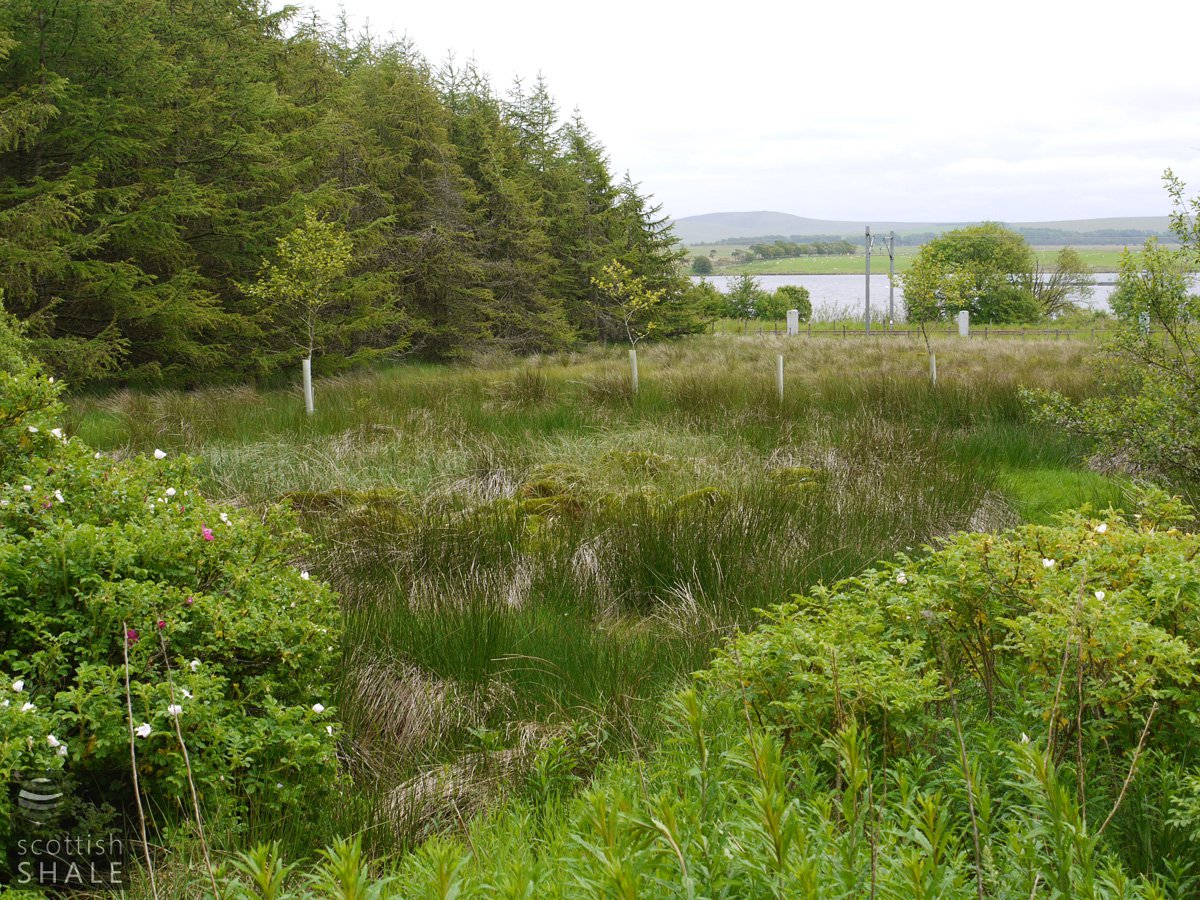 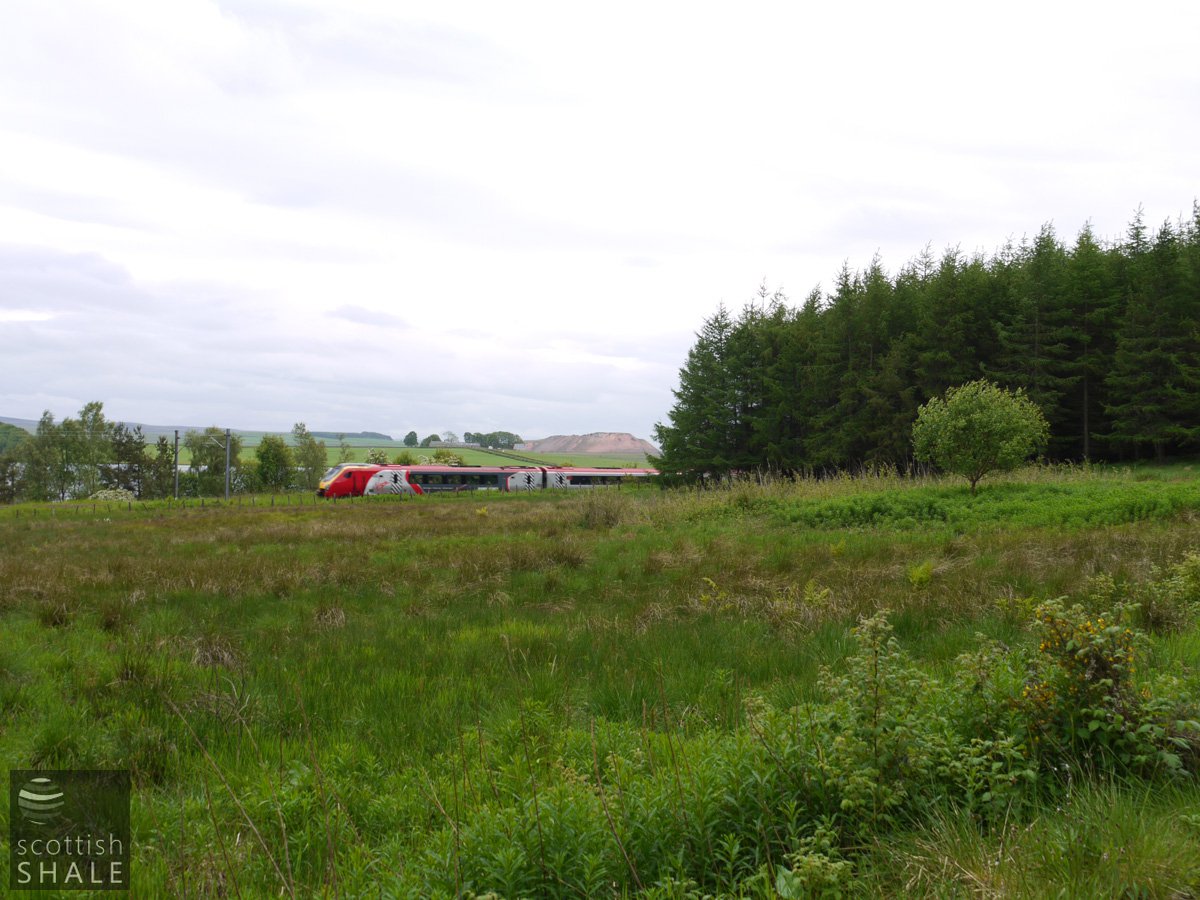 James Thornton, North Cobbinshaw, and William Lind, South Cobbinshaw, applied for renewal of grocers certificated. The clerk stated that objections had been lodged on behalf of the Calder Oil Company against the renewal of these licences. The applicants stated that they had received no notice of these objections. Mr List, Chief-constable objected to the renewal of Thornton's certificate. Captain Tod said he had made inquiries with reference to these applications, and he had found nothing to complain of regarding Mr Lind, who was the son of the tenant of the farm of South Cobbinshaw. Mr Lind had conducted his store in an exceedingly proper manner. With regard to Thornton's application he was no favourable to its being granted, as he believed that on one or two occasions men had left in a intoxicated condition, and had to go on to the railway. Thornton's application was refused, and that of Lind was granted.