Starlaw Rows were presumably constructed to house those employed at Boghall Oil Works and associated Starlaw pit. Following closure of the works in about 1880, many houses lay unoccupied, and it seems that twelve brick-built houses were dismantled in 1881 and re-erected at Uphall station. The remaining remaining housing lay empty until sold to the West Lothian Oil Company, who opened their new oil works at Deans, a mile to the East. The village enjoyed something of a renaissance with a new school at Starlaw constructed with funds from the oil company. Little was invested in improving the housing however; the sanitary inspector reporting that the village’s only water supply came from an open ditch between the two sets of rows, said to be small, dirty and probably contaminated with “impurities from the farmsteading”. There had been outbreaks of scarlet fever and a fatal case of smallpox. The ditches in front of the rows were described as “in a most filthy state, putrid matter and water filling them and causing a most disgusting smell”. A reliable piped water supply did not reach the village until 1895.

The West Lothian Oil Company collapsed in 1891, although by then many of the houses in Starlaw row already lay empty. At that time, the Pumpherston Oil Company were reconstructing Seafield Oil Works on the site of an earlier failed enterprise. New housing was urgently required for new Seafield workers therefore old rows at Starlaw were taken to house of Pumpherston Oil Co. staff, presumably as a temporary expedient. It seems that little was done to improve living conditions, and in 1914 it was reported that there continued to be only four privies to serve the thirty houses of Starlaw Rows

During the 1930’s it seems that some of the internal wall between houses were knocked down to provide more spacious homes, but by the end of the decade the ten single room houses had been demolished, and the twenty room-and-kitchen homes at Starlaw and the houses of Stable Row appear to have shared this fate soon after. Starlaw school closed in 1938 and was sold by the council a decade later.

At Starlaw, the rows consist of thirty houses, twenty of which consist of a room and kitchen, and ten consist of a single apartment. Coal-cellars are provided, but no washhouses. The rental is 2s. 9d. and 1s. 10 1/2d. per week respectively, inclusive of rates. Water is supplied by stand-pipes. The privies and ash-pits are very unsatisfactory. There are four privies for the thirty houses. The sewage is by open channel.These houses are old, and of a poor type, and ought to be replaced by a much better standard at once. We understand these houses are leased by the Pumpherston Oil Company, and they certainly are by far the most unsatisfactory of this Company's houses.

The 1895 OS map shows two rows with six two-room homes, one row with eight two-room homes and two rows of single room dwellings with four and five homes. A larger building at the west end of the rows, perhaps an office or officials house, appears to survive incorporated into Starlaw Cottage. 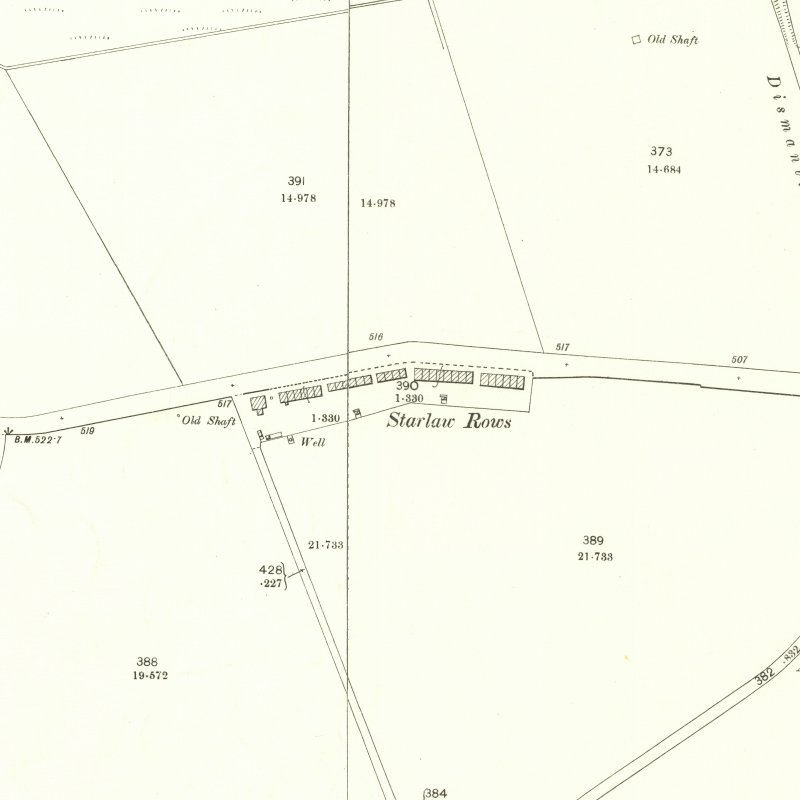 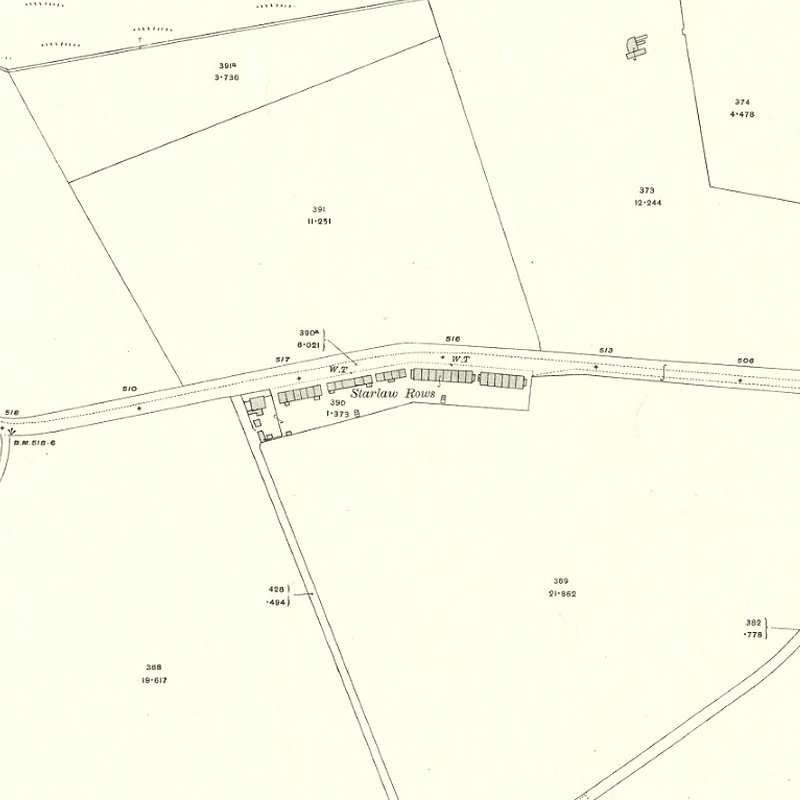 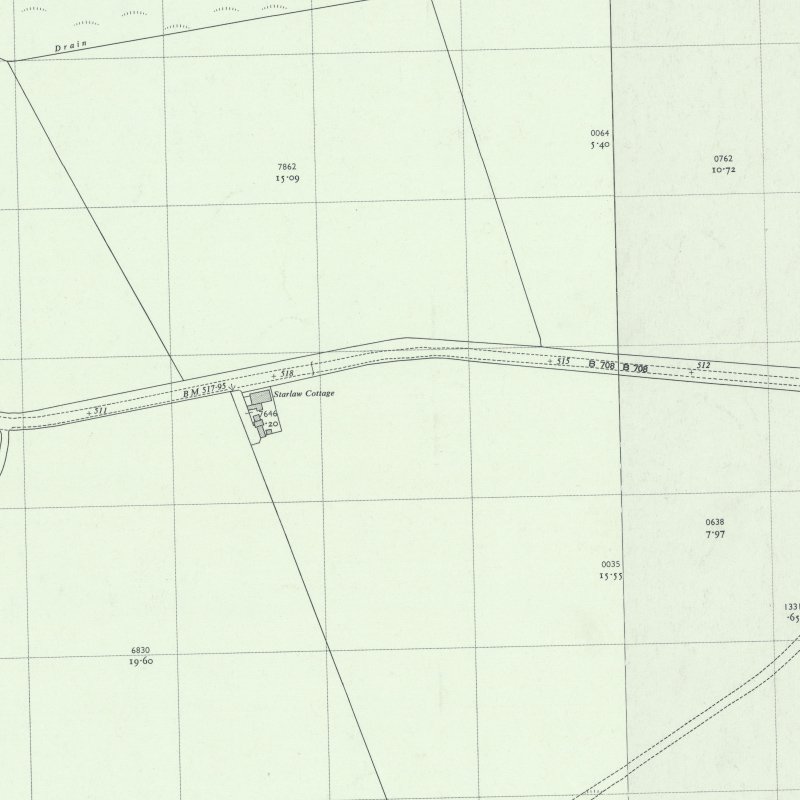 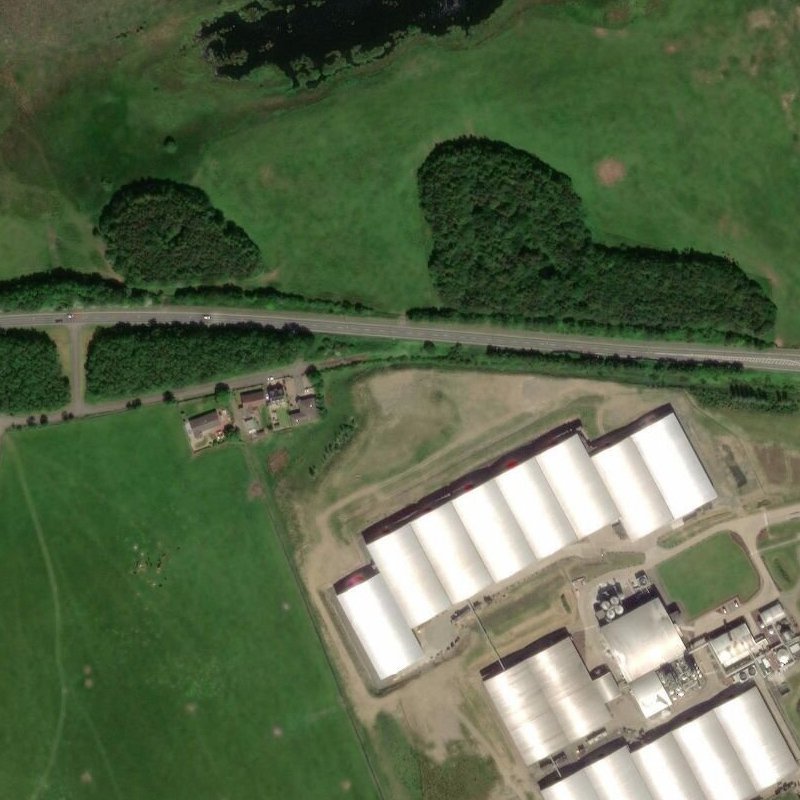 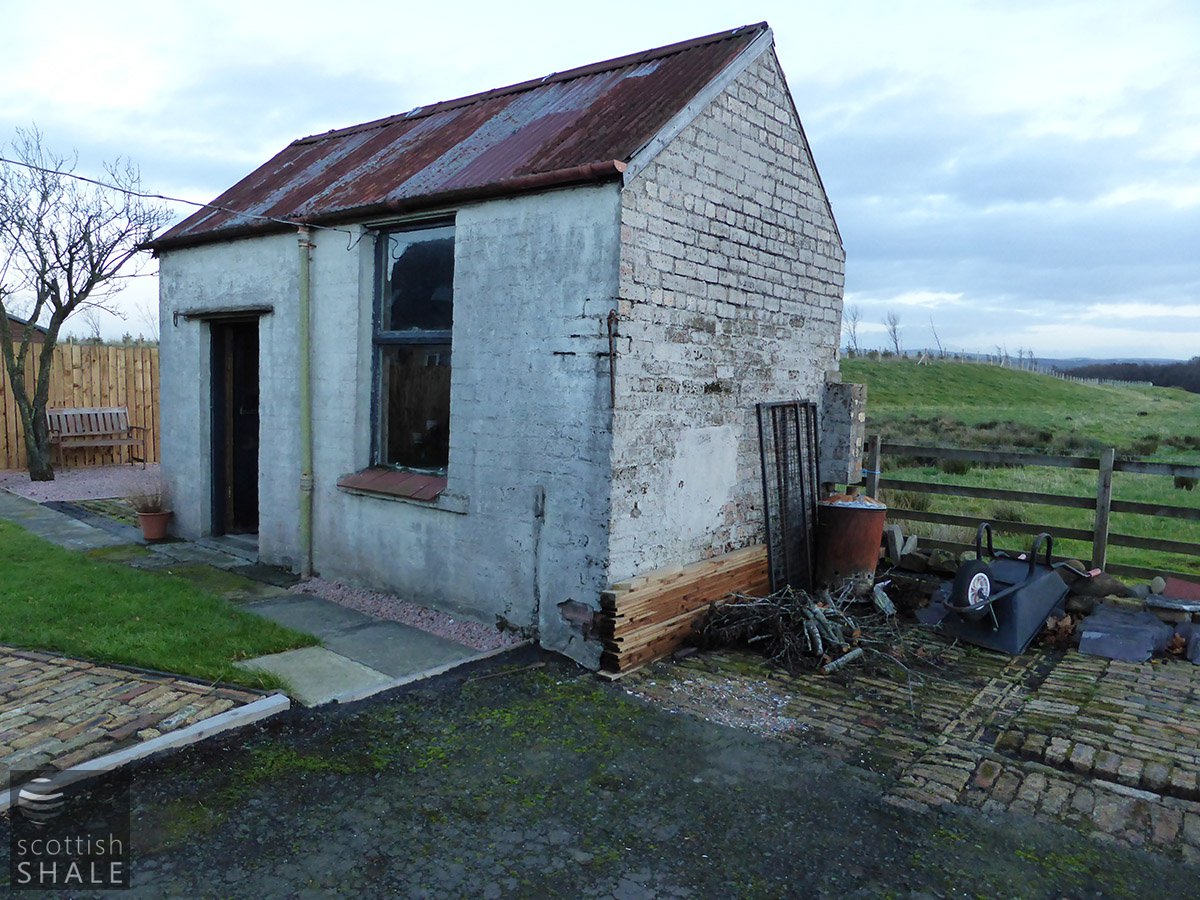 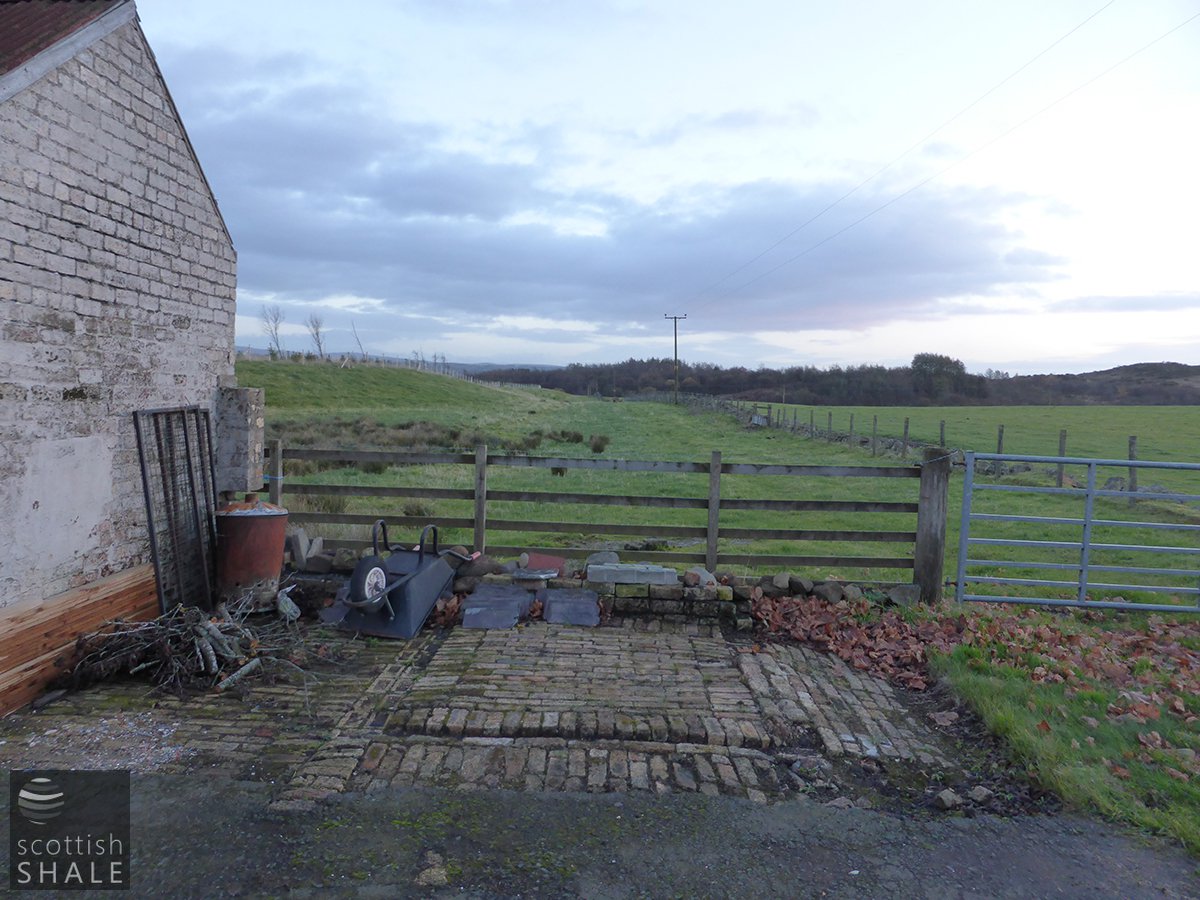 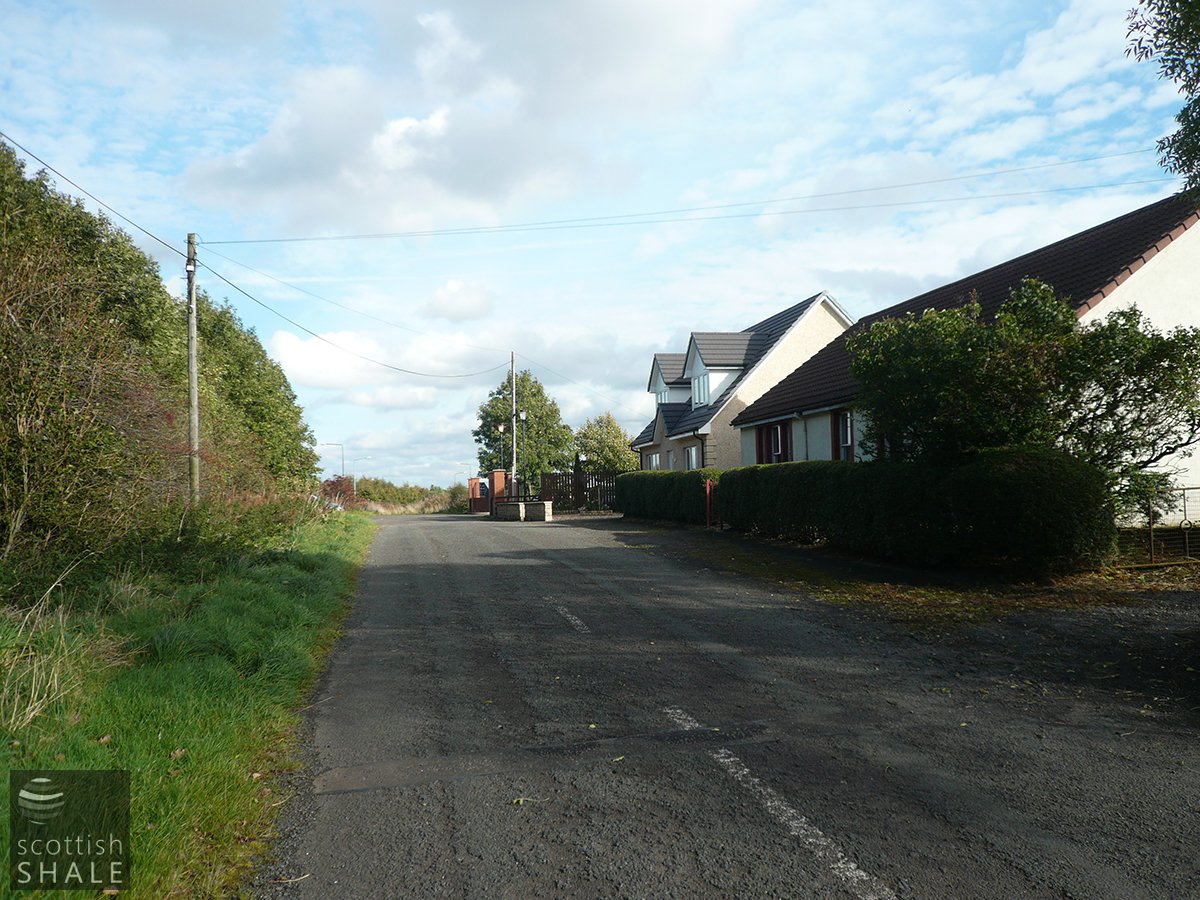 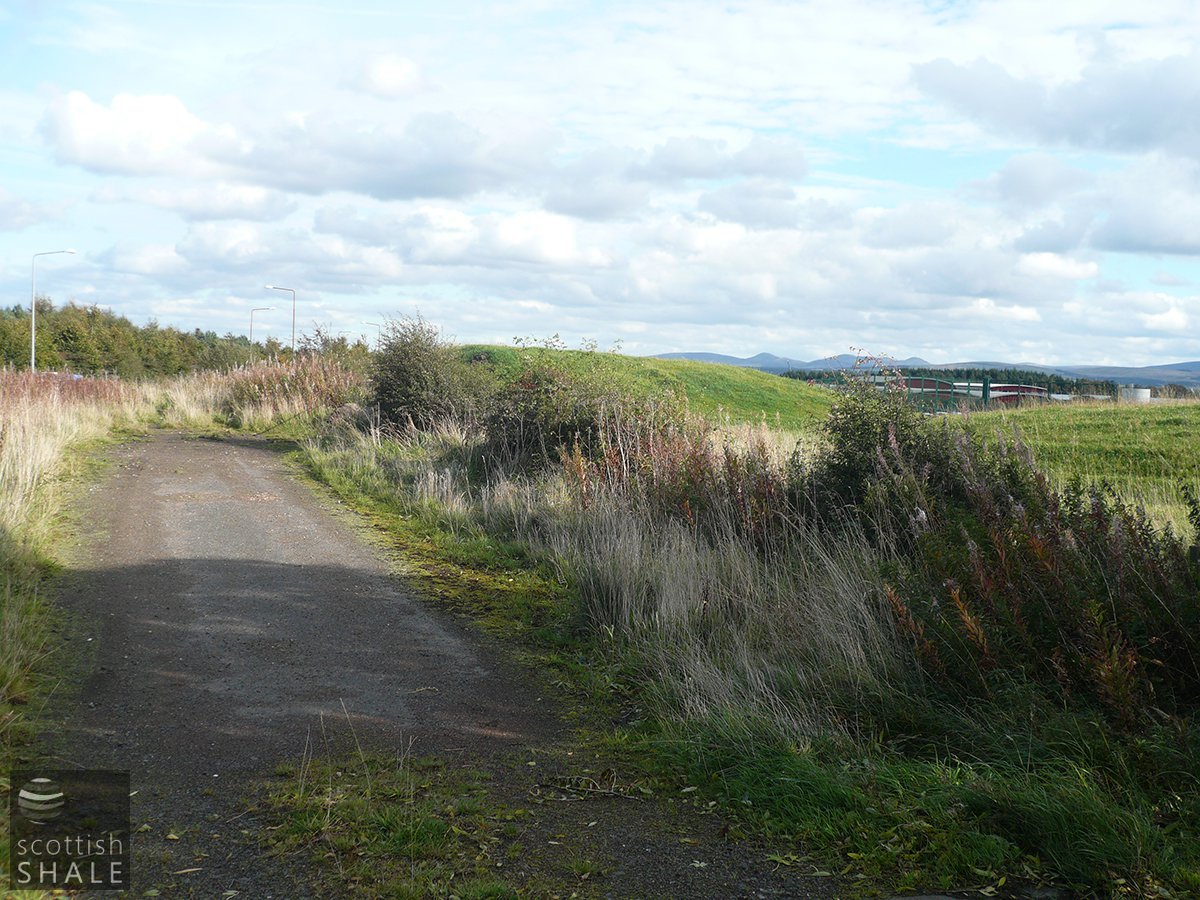 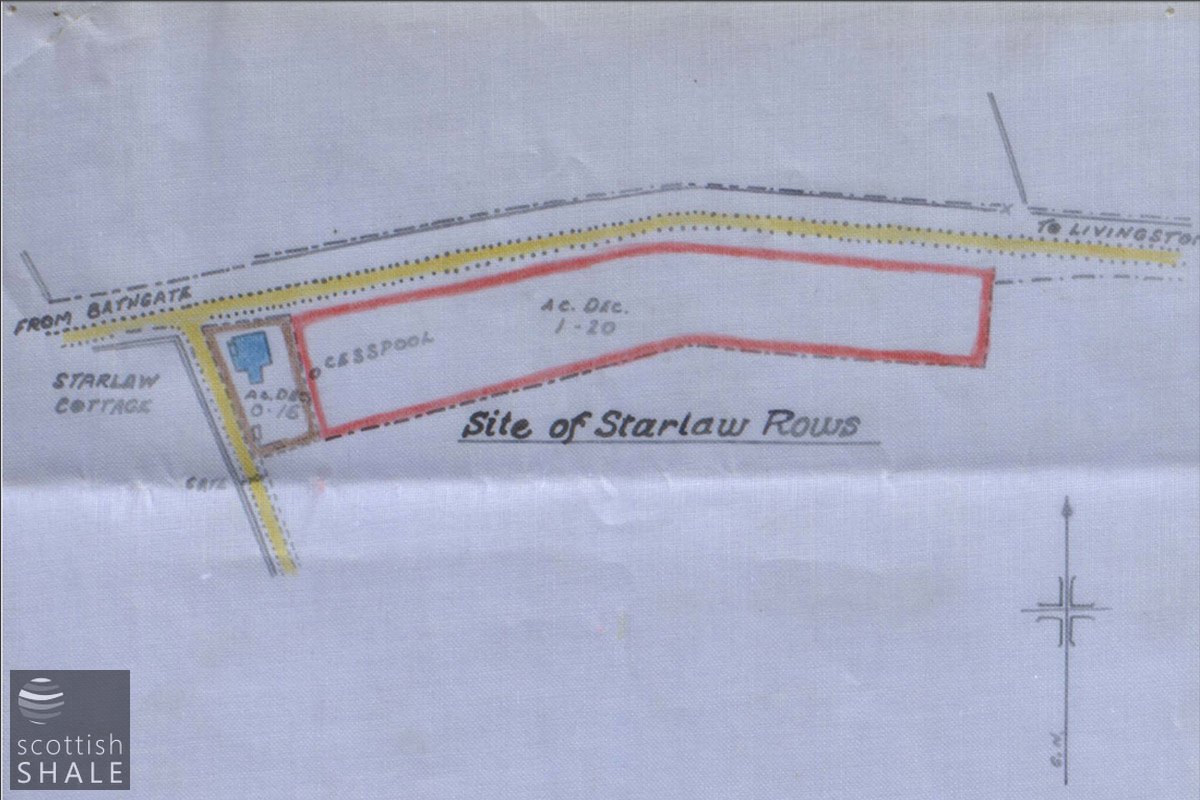 To Builders, Joiners &c. CONTRACTORS wanted to take down Twelve Workman's Brick Houses at Boghall Works near Bathgate, and reerect same at Uphall Oil Works. Intending offerers will have the opportunity of inspecting the present buildings and plans and specification for the new houses at Boghall Works on Tuesday 19th ult at 12'oclock noon. These must be lodged with Manager, Uphall Oil Works, on or before 20th.

GENTLEMEN,—I beg to report that in my regular inspection as Sanitary Inspector in Bathgate, villages and parishes generally, …..One of the exceptions of this rule is the village of Starlaw. The ditches in front of the houses in these rows are kept in a most filthy state, putrid matter and stagnant water filling them and causing a most disgusting smell. As you, gentlemen, are aware, we had a fatal ease of small-pox during the winter in said rows, since which scarlet fever has been prevalent in the village. I submit that the West Lothian Oil Company should employ a scavenger, as is done by other companies in mining villages, to look after the cleansing of these ditches and removal of nuisances.

The most serious drawback, however, to the sanitary condition of the village, is the want of water for dietetic and domestic use, the only supply being from an open ditch, which comes out of side of public road between Starlaw Rows and Stable Rows. The supply is small and often dirty, and I suspect impregnated with impurities from the fields and farm-steading of Starlaw. The tenants in these rows at one time got water from the farm of Tailend, but for some reason the supply has been cut off by the farmer there. I have for several months been in communication with the managers of the West Lothian Company, with the view to their providing a proper supply of water for their workmen at Starlaw, but I regret that nothing has yet been done to supply this much needed want.

Yesterday while Annie Allan, a girl about fourteen years of age, selecting or cleaning bricks at some old houses at Starlaw, Bathgate, which are being taken down, one of the gables fell upon her, crushing her very severely, and causing almost instantaneous death.

Deans work has been stopped during the last five years, during which time most of the houses at Deans and Starlaw Rows became vacant. With the new prospect, (of opening Seafield works) the most of these houses have again been occupied.