Built by the Uphall Oil Company to house workers at the Uphall Oil Works, the White Rows comprised one row of five two-room homes. It appears that the
the haphazard row of nine homes of various types were known as the Office Rows.

The row was described by Theodore K. Irvine, in Report on the Housing Conditions in the Scottish Shale Field, 1914

"White Row consists of 5 two-apartment houses, with scullery and washhouse, seven houses with kitchen, bed-room, scullery, and washhouse, also two single ends. The latter nine houses are of a very poor type. The sewage is removed by open channel. Ash-pits are emptied weekly. There are five privies of a deplorable pattern for fourteen families. Water is obtained from washhouses. Rents are 1/1. and 1/8. per week, inclusive of local rates.."

In 1881, a newspaper advertisement sought contractors " to take down twelve brick houses from Boghall and re-erect them at Uphall Oil Works". It is possible therefore that Office row, or other housing in the Uphall station area, were constructed from materials salvaged from the Uphall Oil Co's houses in the village of Starlaw.

Housing in the Uphall Station area 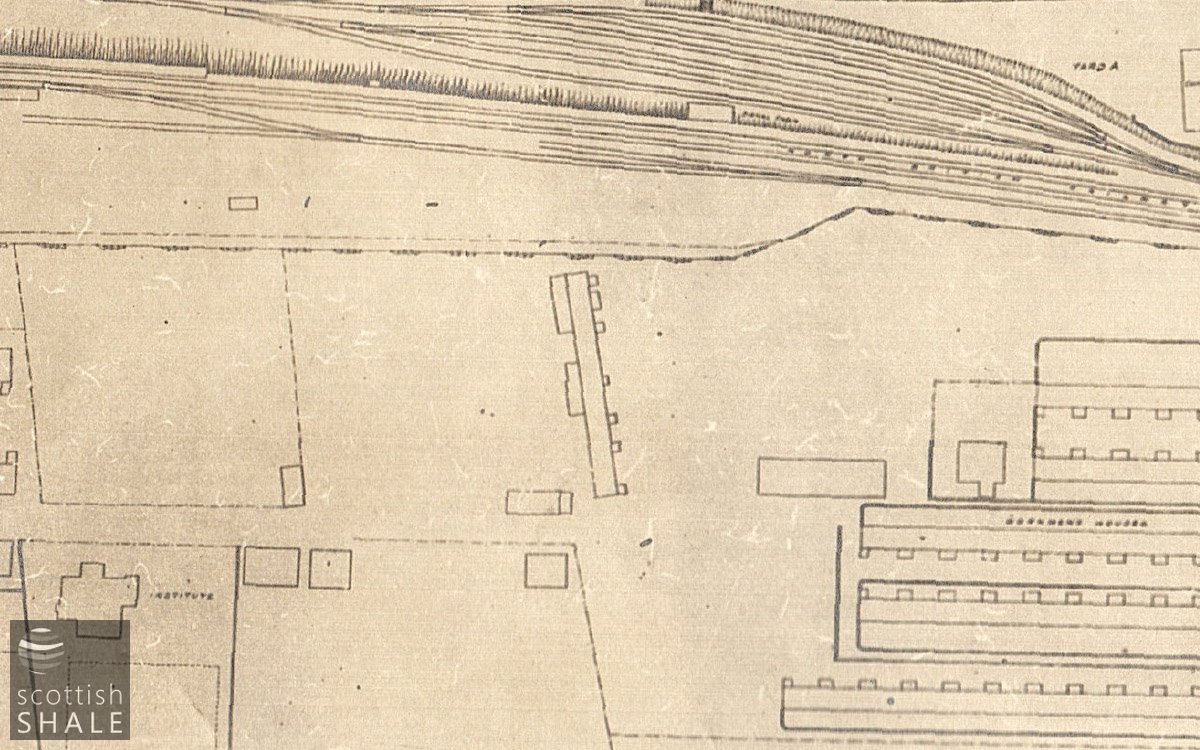 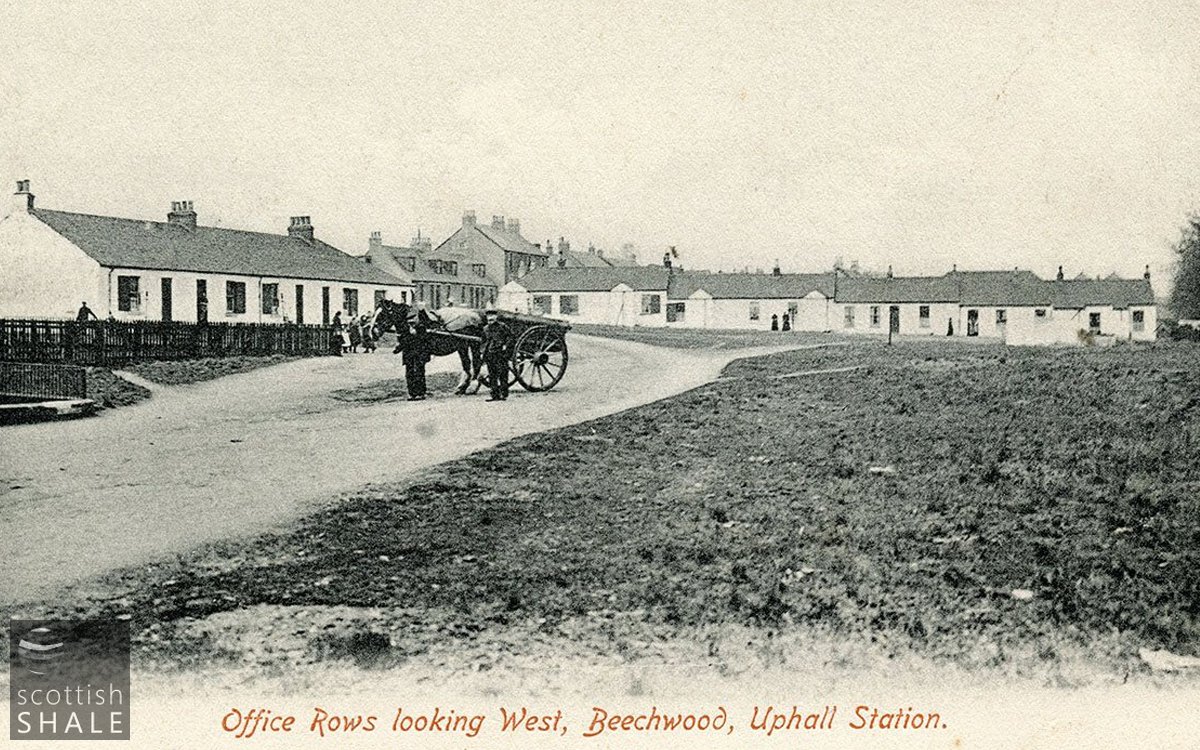