Meadow Bank Cottages appear to have been substantial two-storey rows, probably built by the Clippens Oil Company following their purchase of Straiton Oil Works and their construction of Pentland Oil Works c.1882. The 1894 OS map shows four two-storey rows with eight two-room homes on each level, and one two-storey row with nine. It is unclear what the detached structures shown between these rows represent. The 1907 map surprisingly shows many of the rows in a ruinous condition; (perhaps as a consequent of subsidence from adjacent limestone workings?) The one row that survives today is the last remaining example of two-storey housing from the shale oil industry.

West Straiton Cottages is a stone-built single-storey row of ten two-room homes, which remain in use today. They seem likely to have been constructed before the oil works were bought by the Clippens Oil Company. 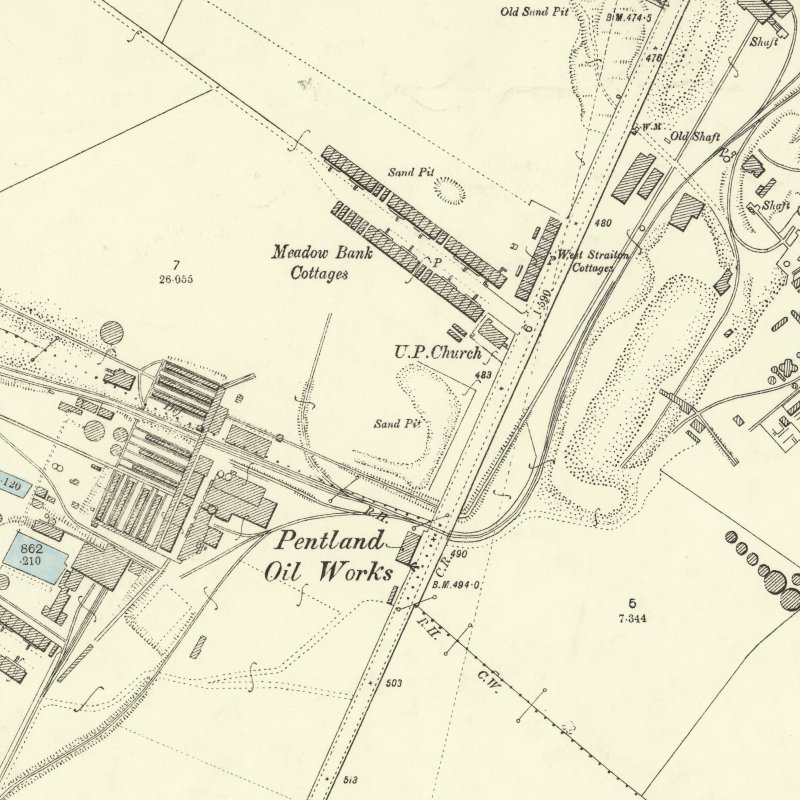 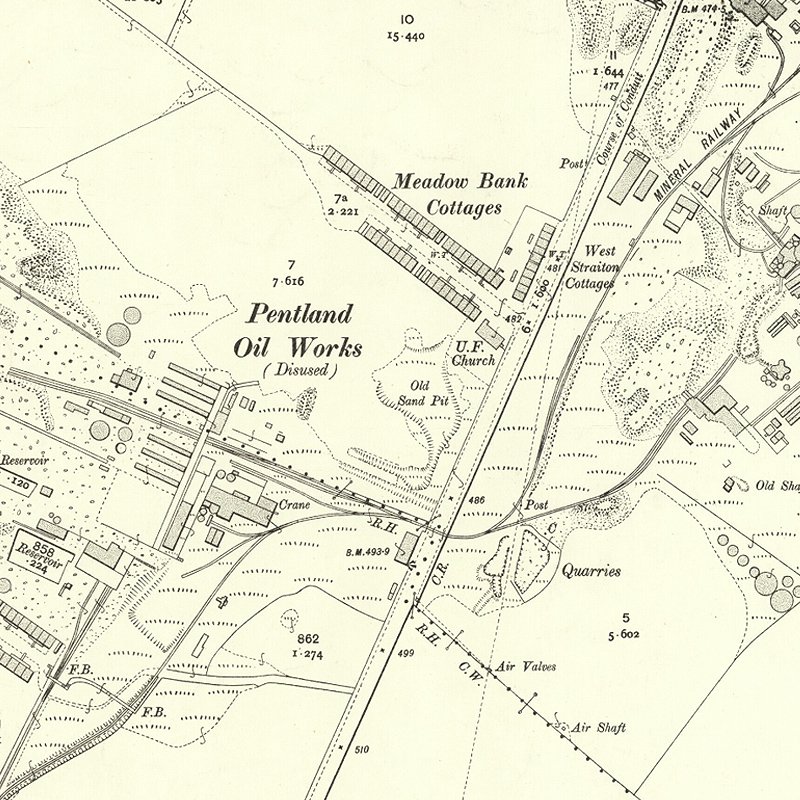 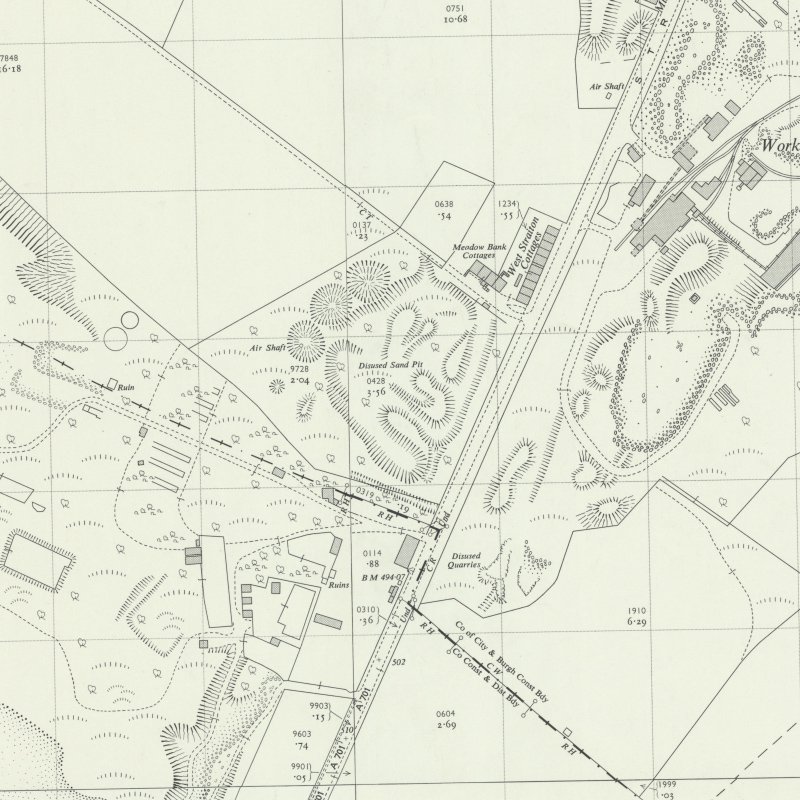 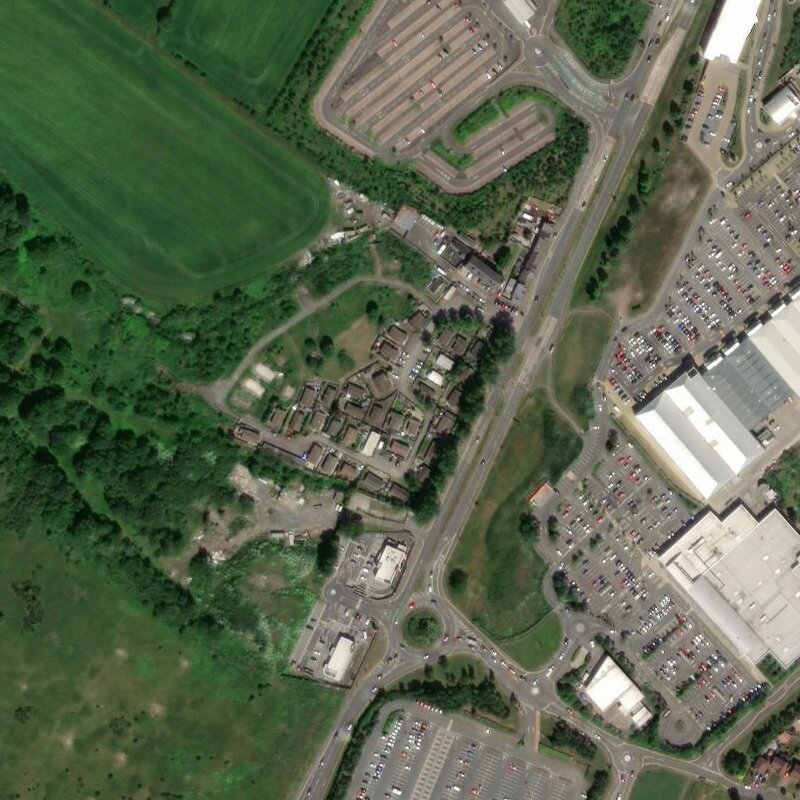 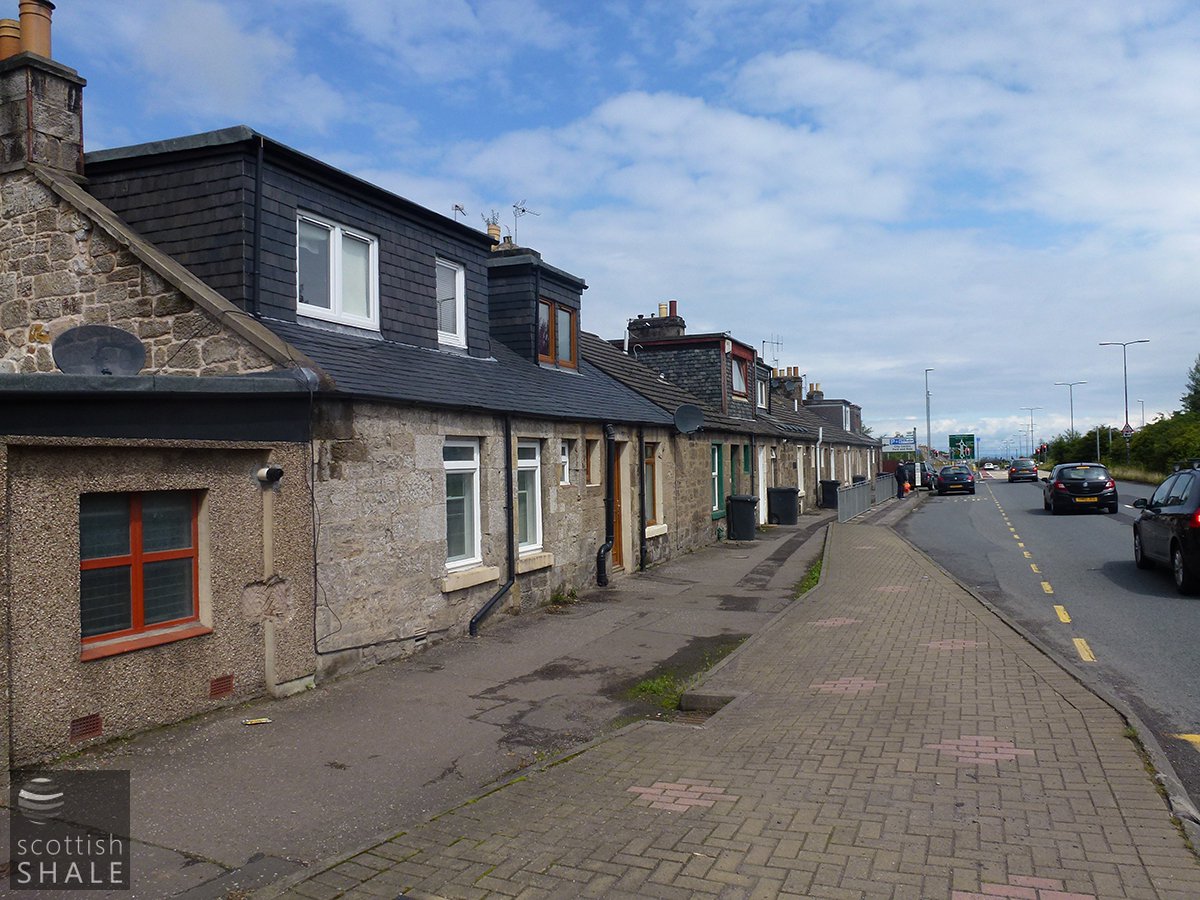 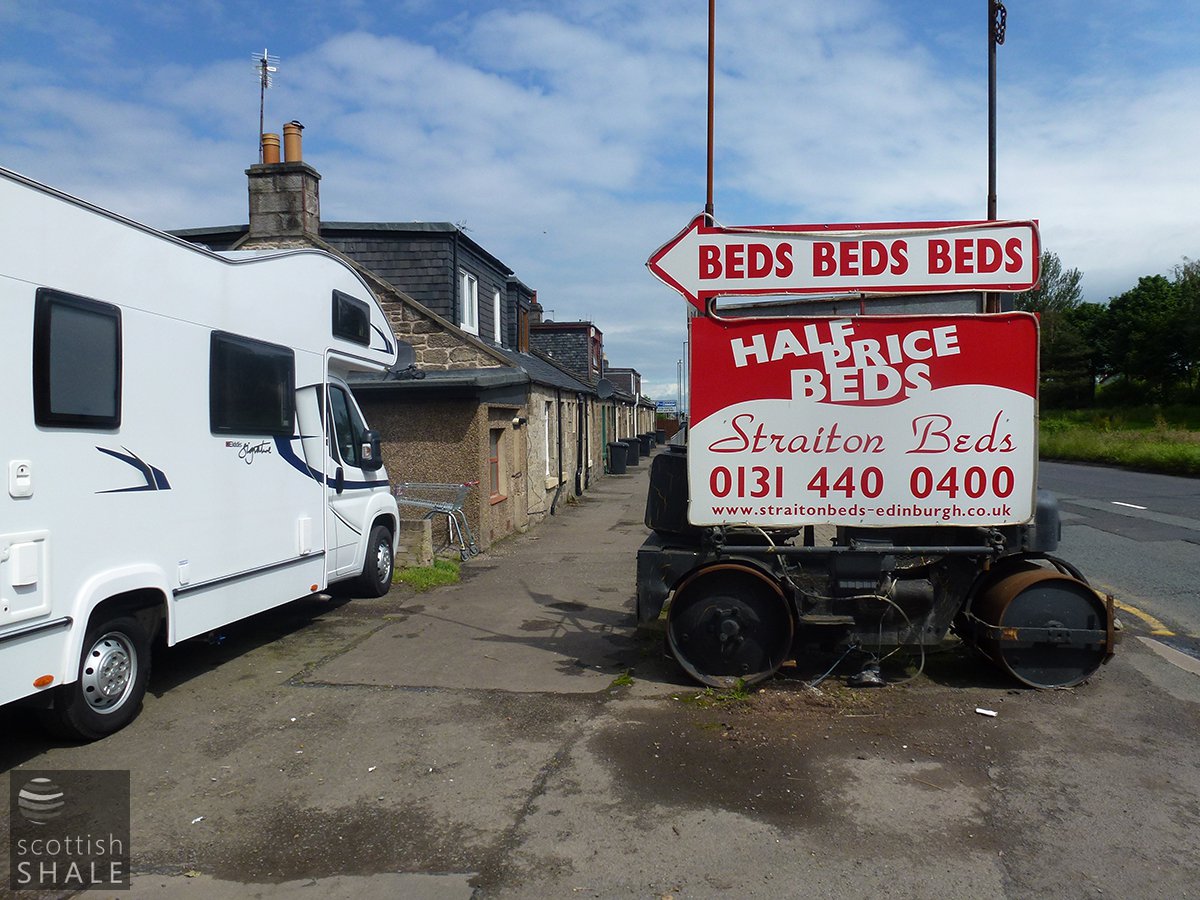 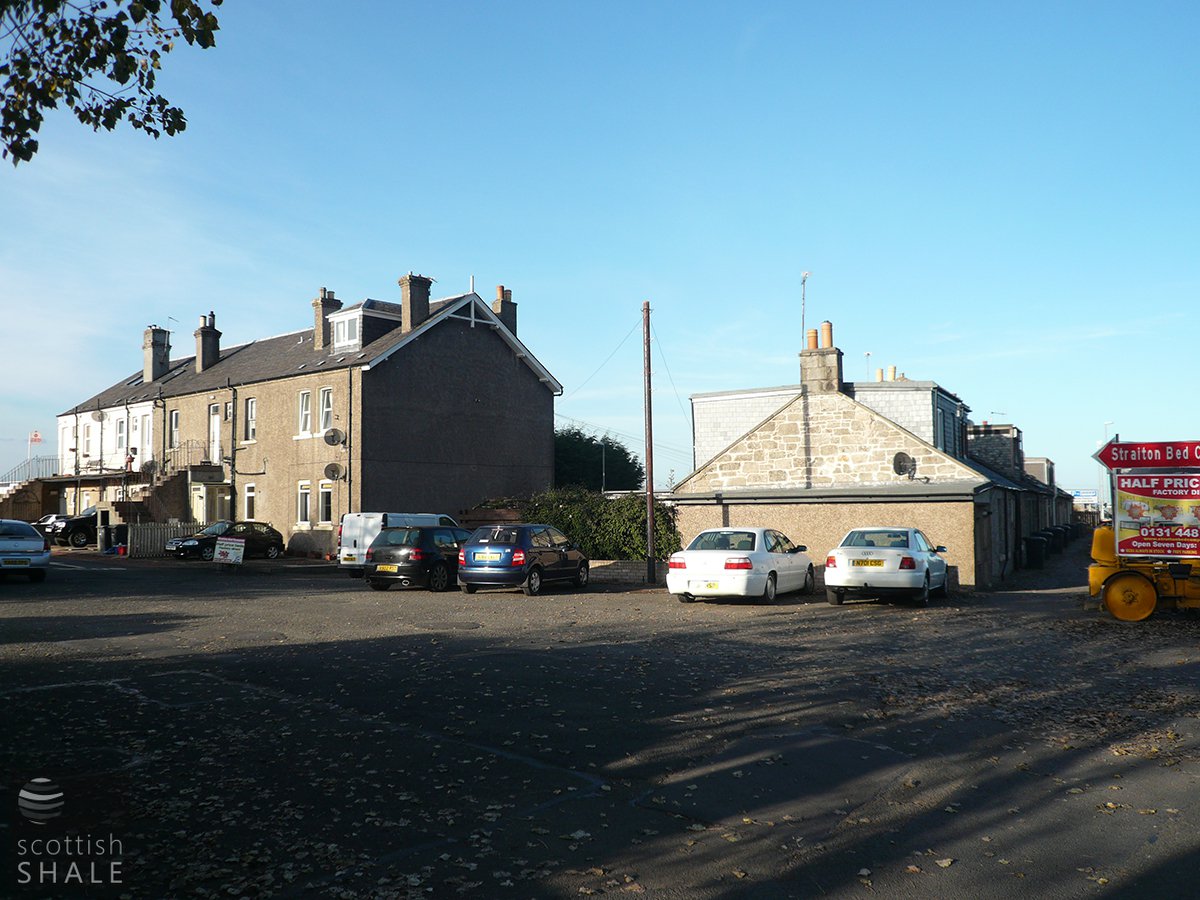 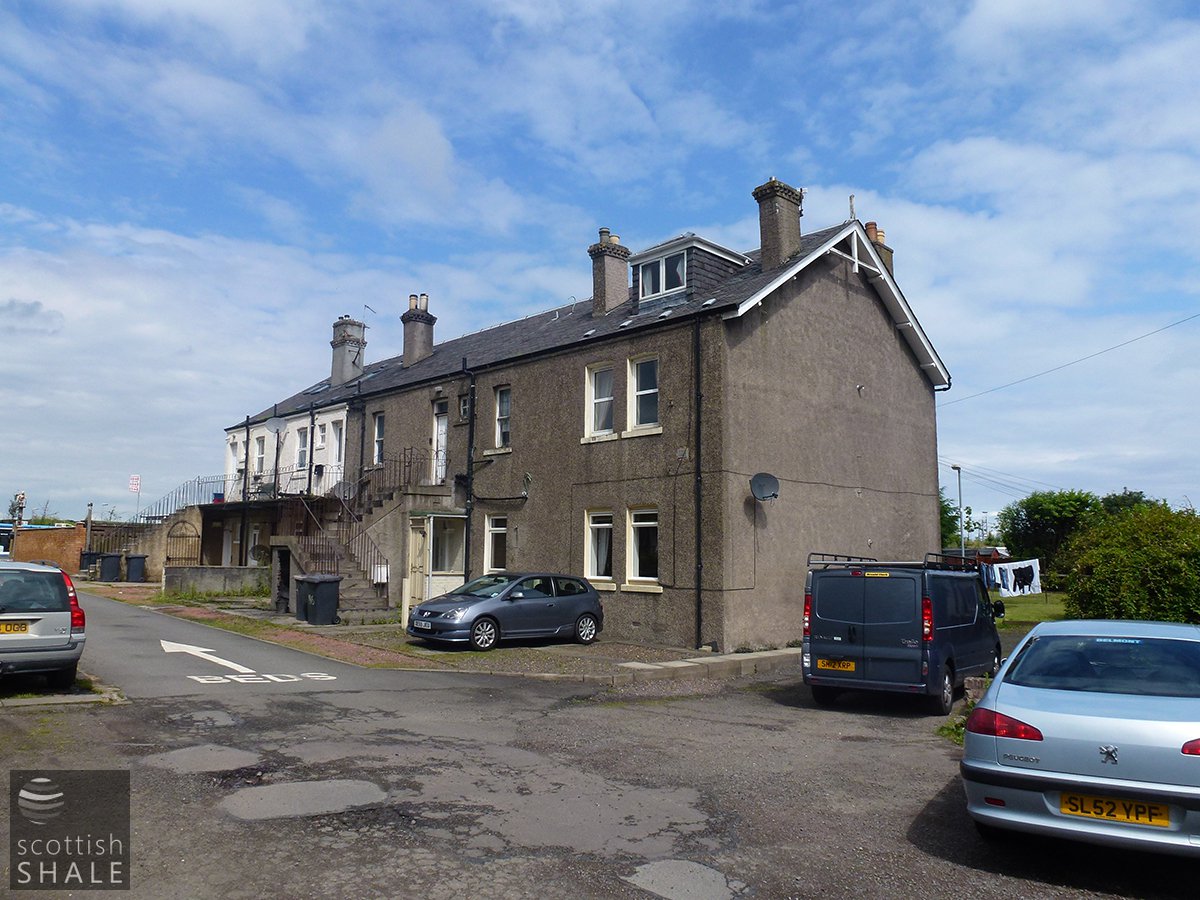 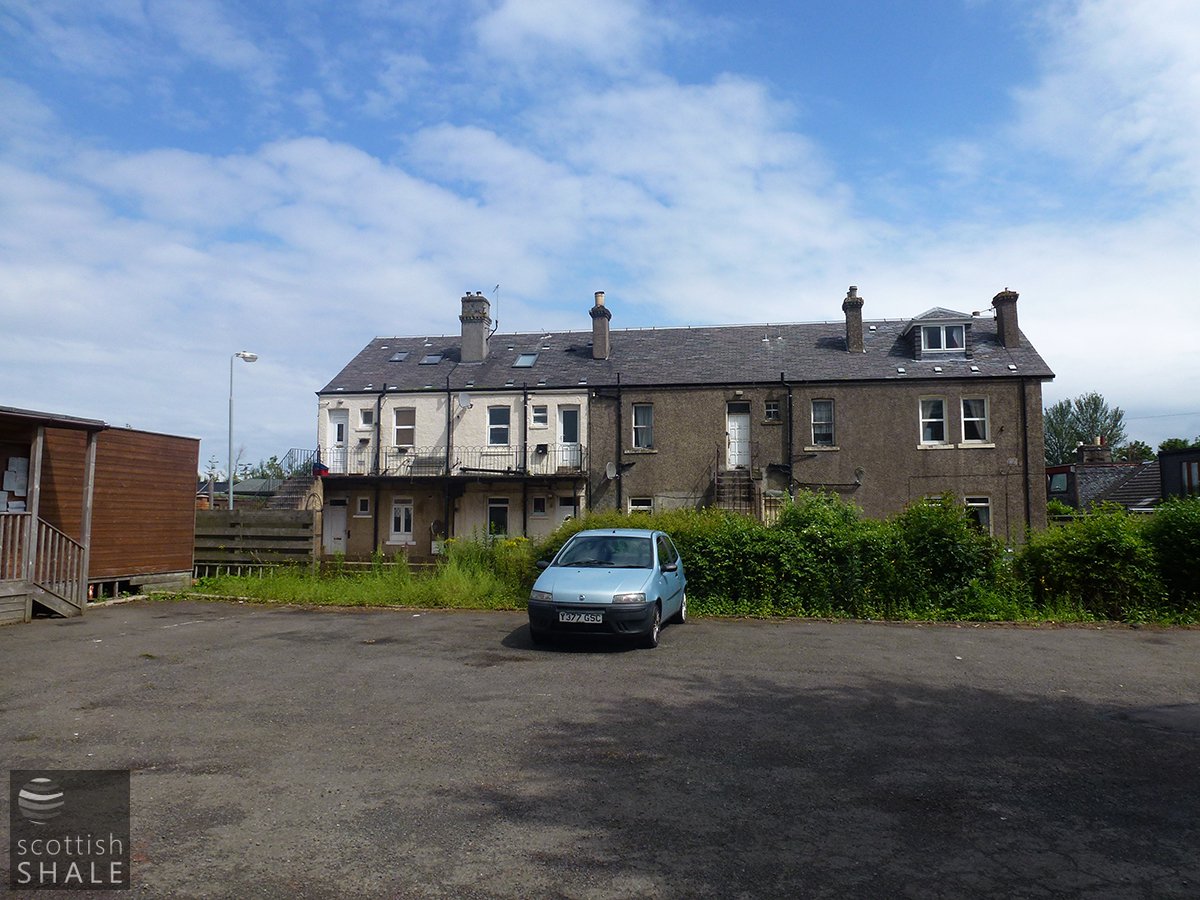