In 1870 the South Cobbinshaw Oil Company began construction of an oil works, brick kilns and sixty houses in desolate moorland south of Cobbinshaw Loch. The enterprise was not successful and, by 1880, the site was virtually abandoned. Ownership of the Cobbinshaw shale-field, and of South Cobbinshaw village, changed hands on several occasions and shale mining eventually resumed to serve oil works in Tarbrax. Young's oil company purchased "workmens and other houses" from Hugh Rose in 1883 (see 215852, page 63)

A new school was built to serve the village in 1894 and a new church erected. With the collapse of the Caledonian Mineral Oil Company Ltd in 1903, the village was sold to a private owner and the population gradually declined. The last houses were demolished in about 1925, although the church remained in use until c.1930.

The 1897 OS plan shows two rows of houses, each with 12 dwellings and three rows of 6 dwellings. All appear sufficiently large to have contained two rooms. A further row appears to have contained 12 single room dwelling arranged back to back. In the 1906 OS map all but two rows appear derelict. 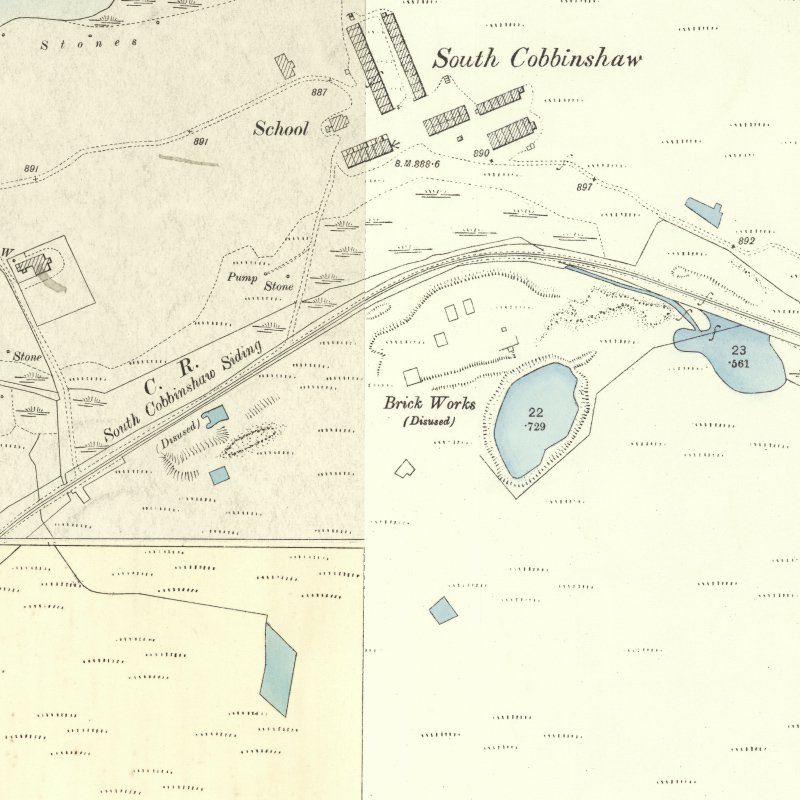 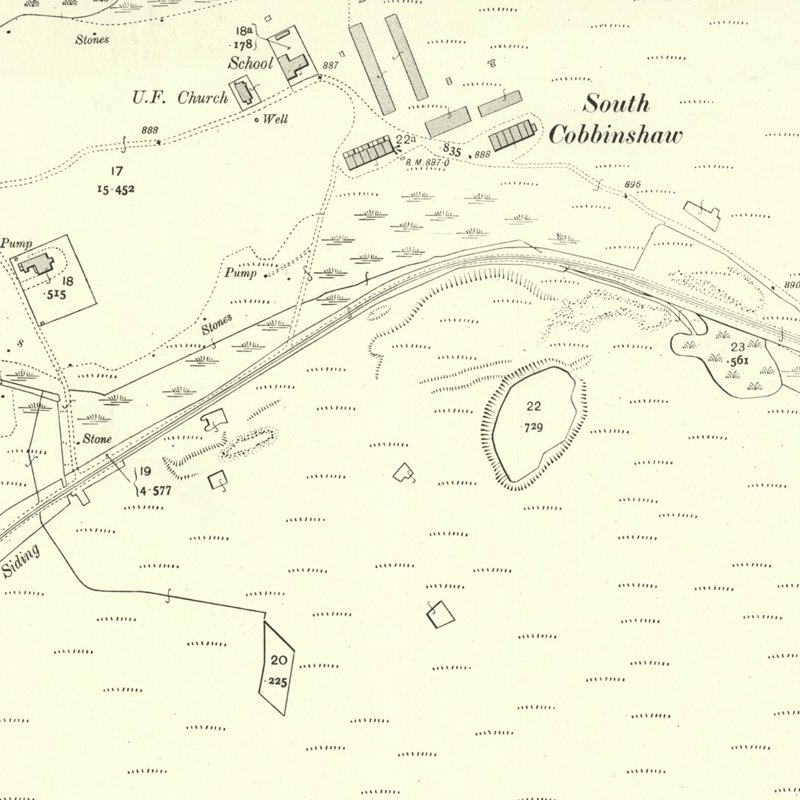 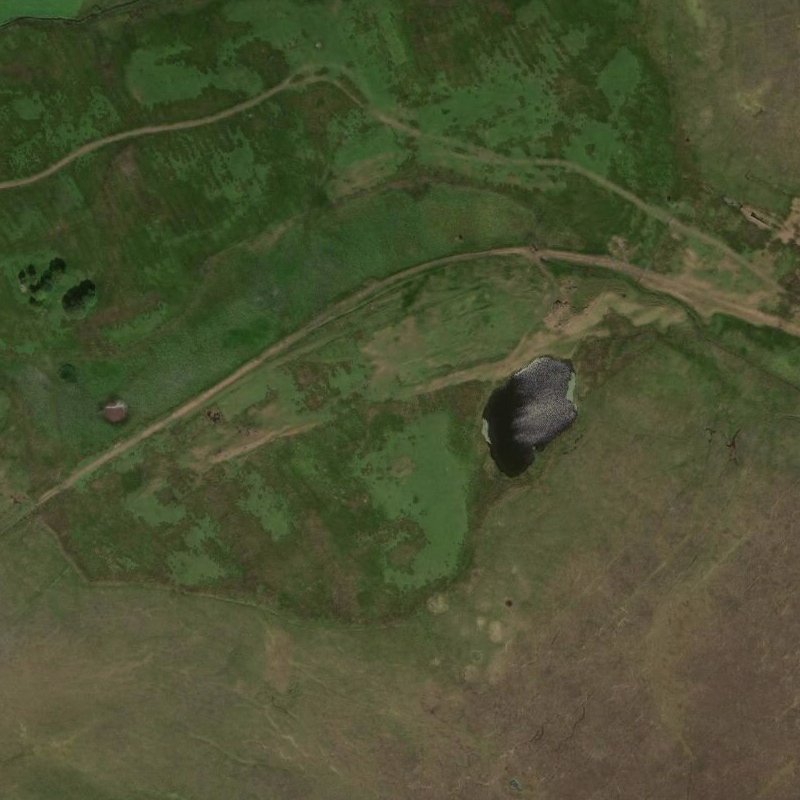 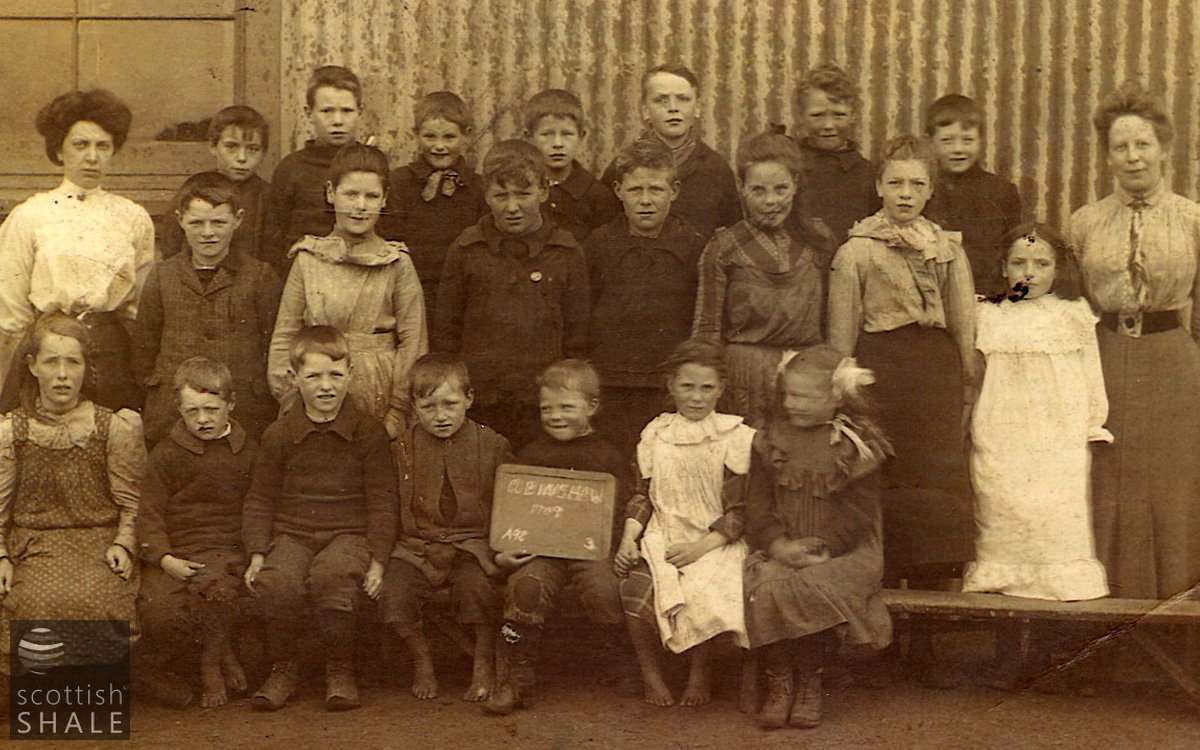 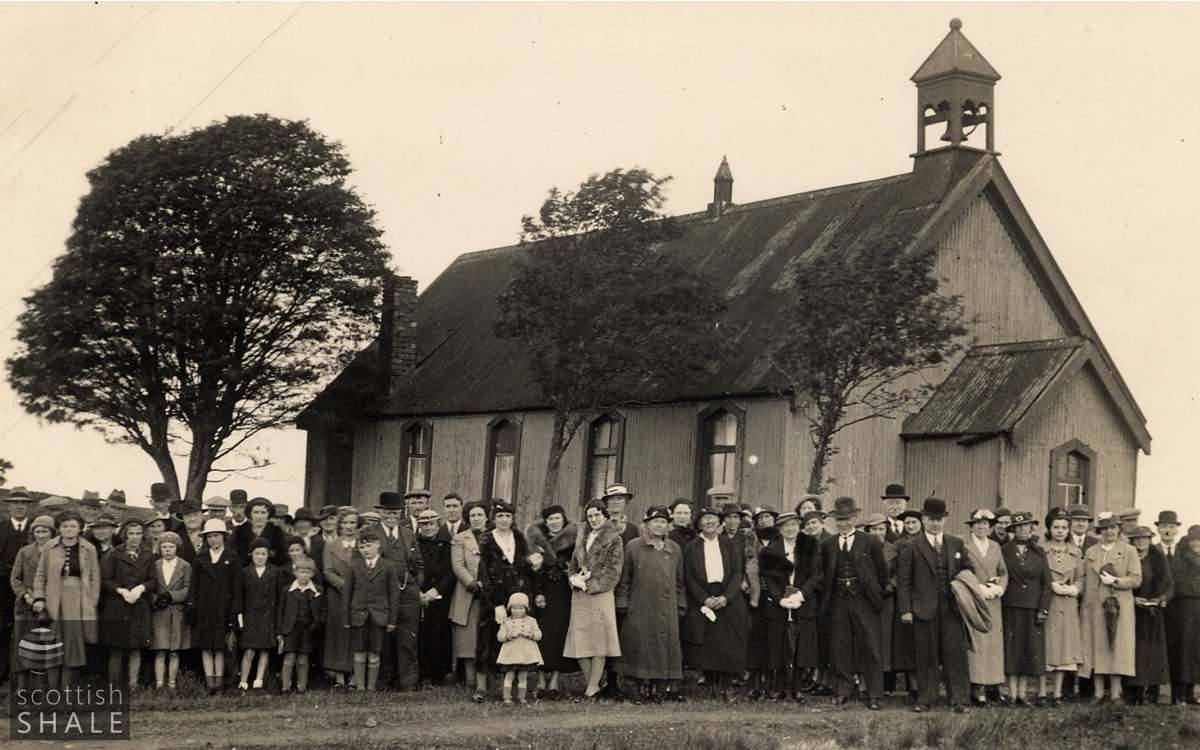 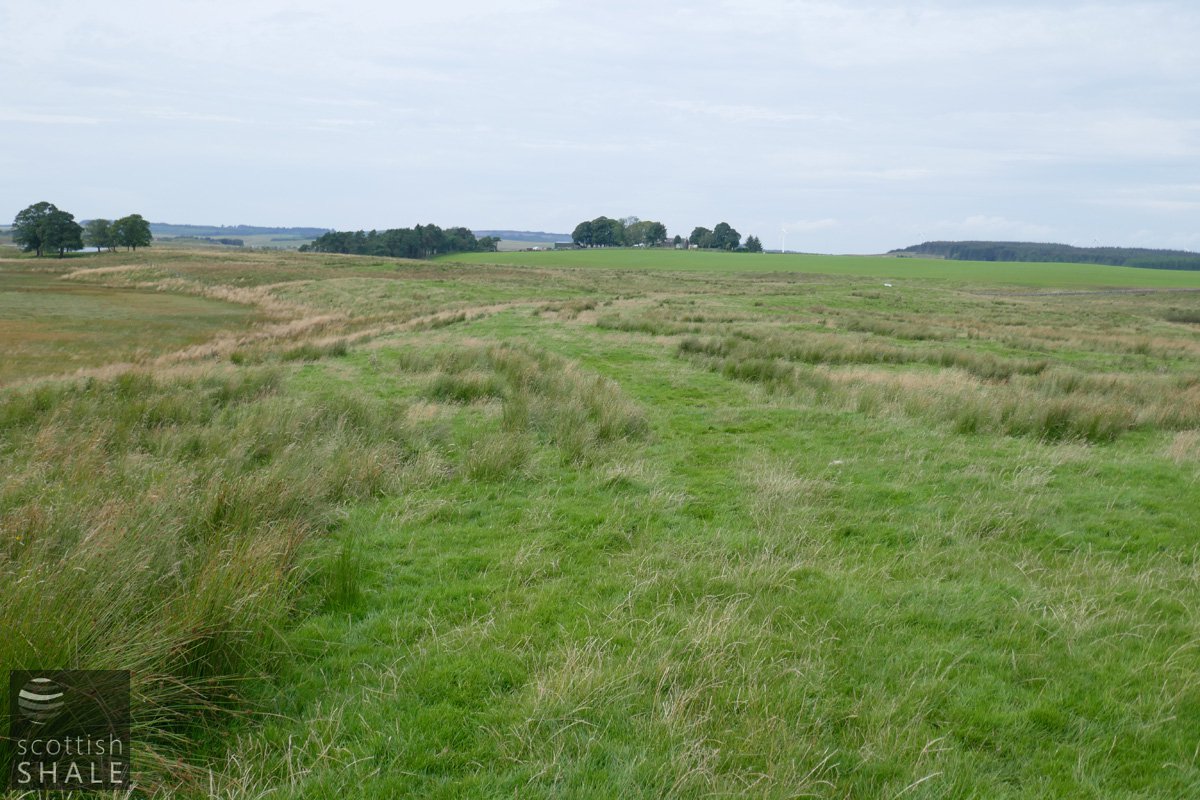 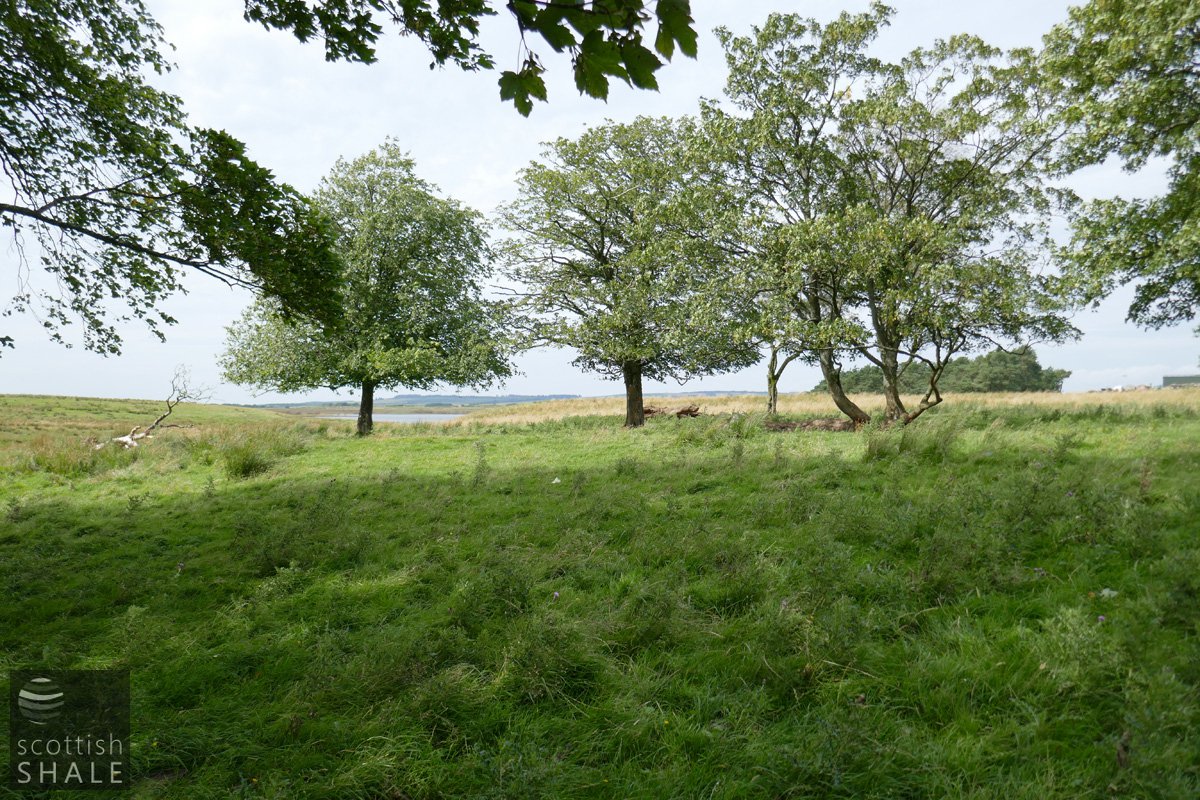 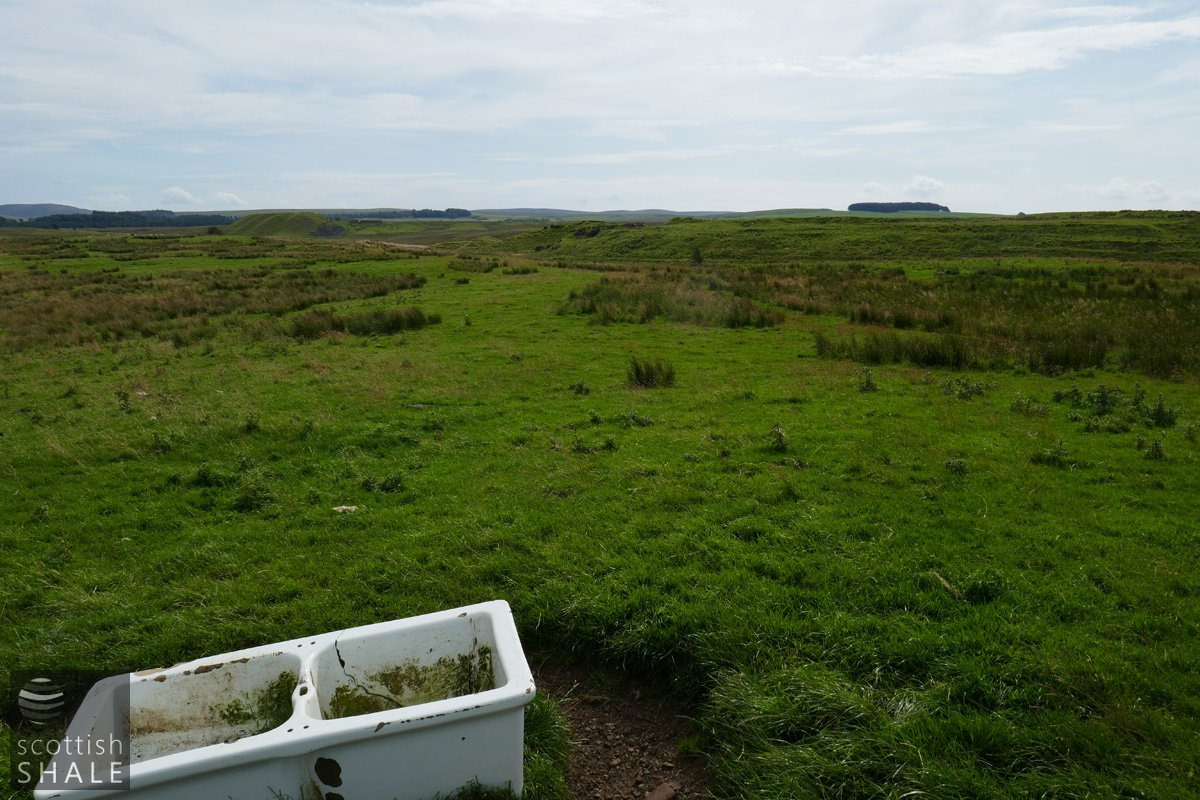 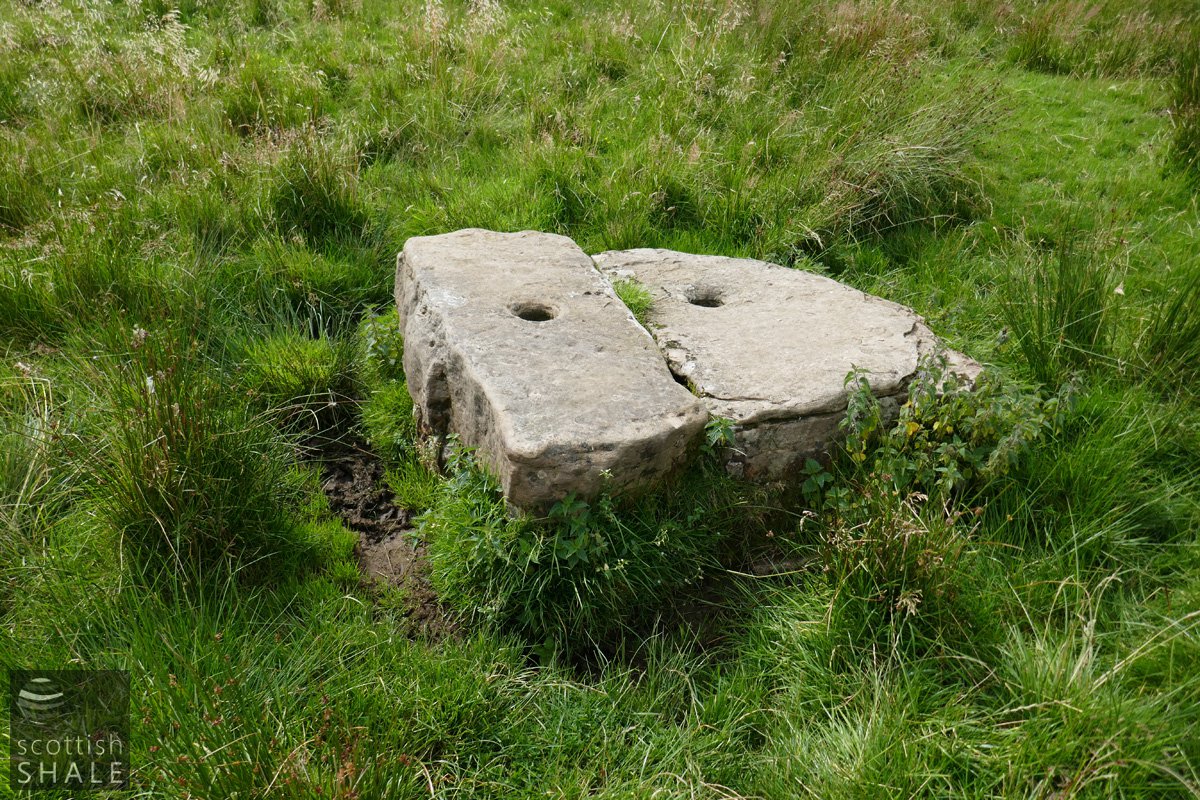 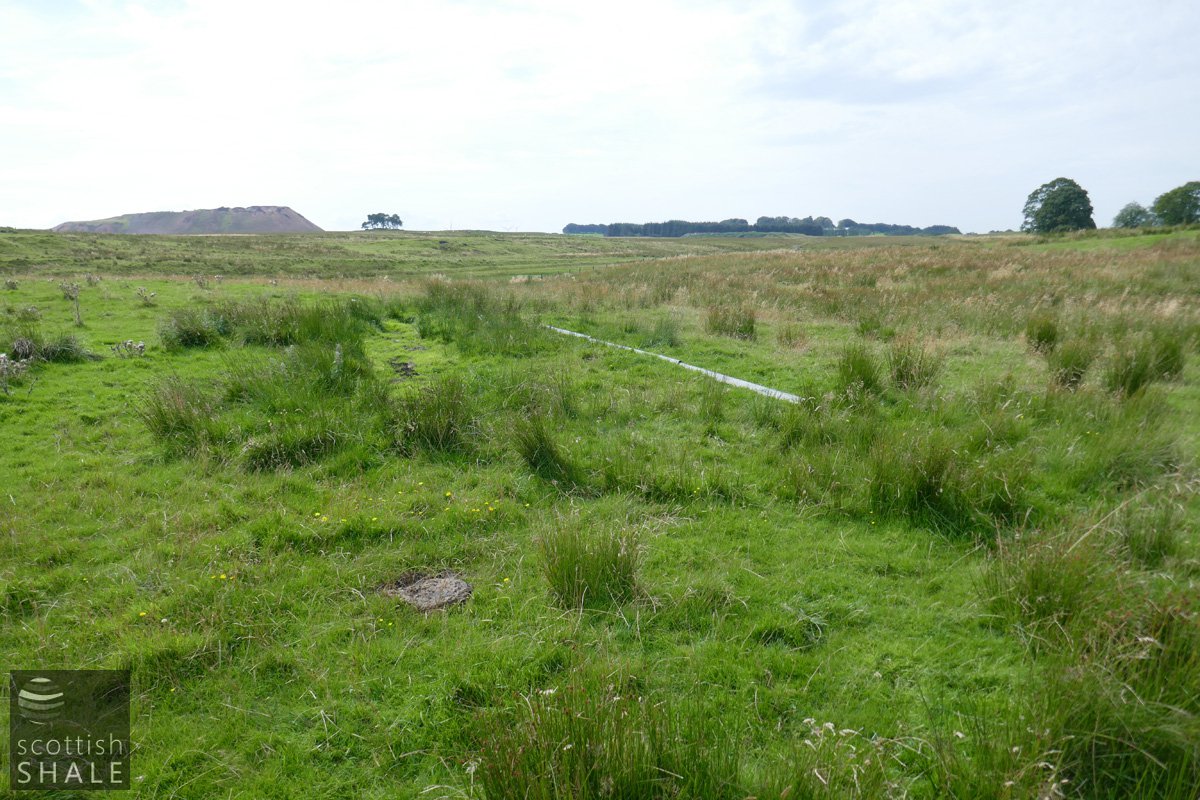 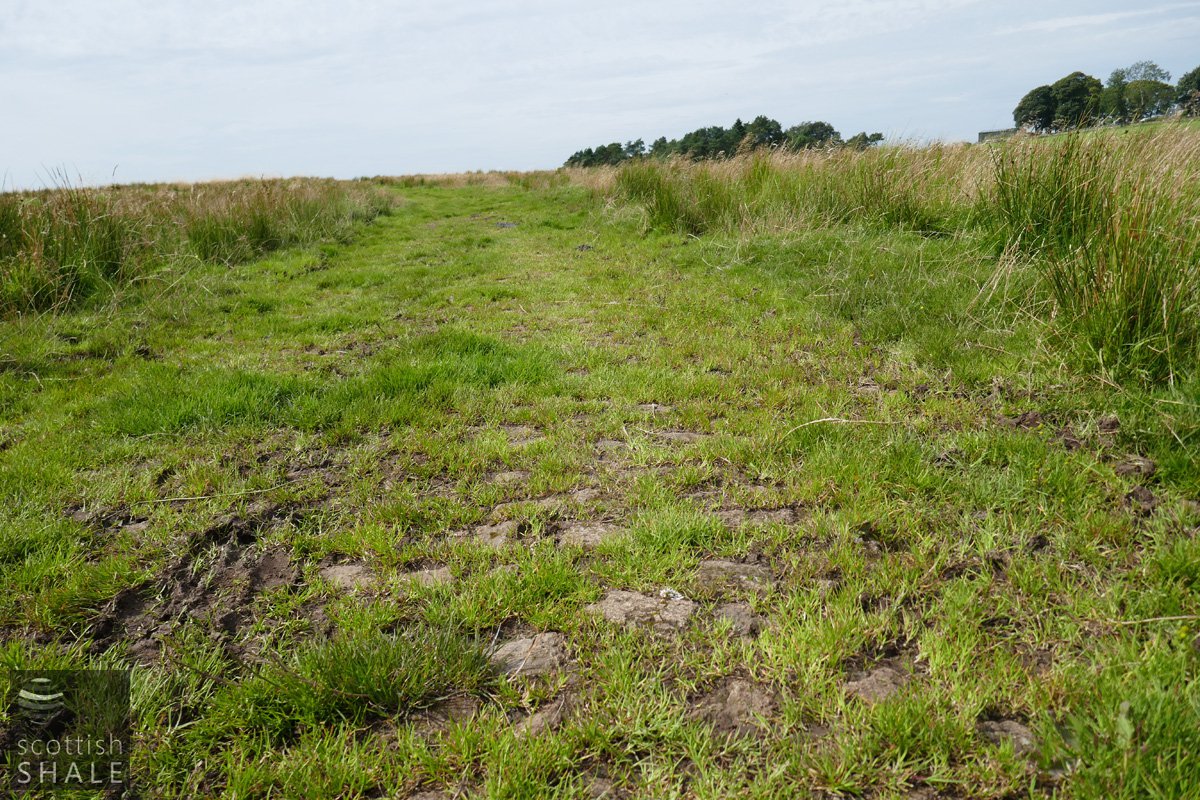 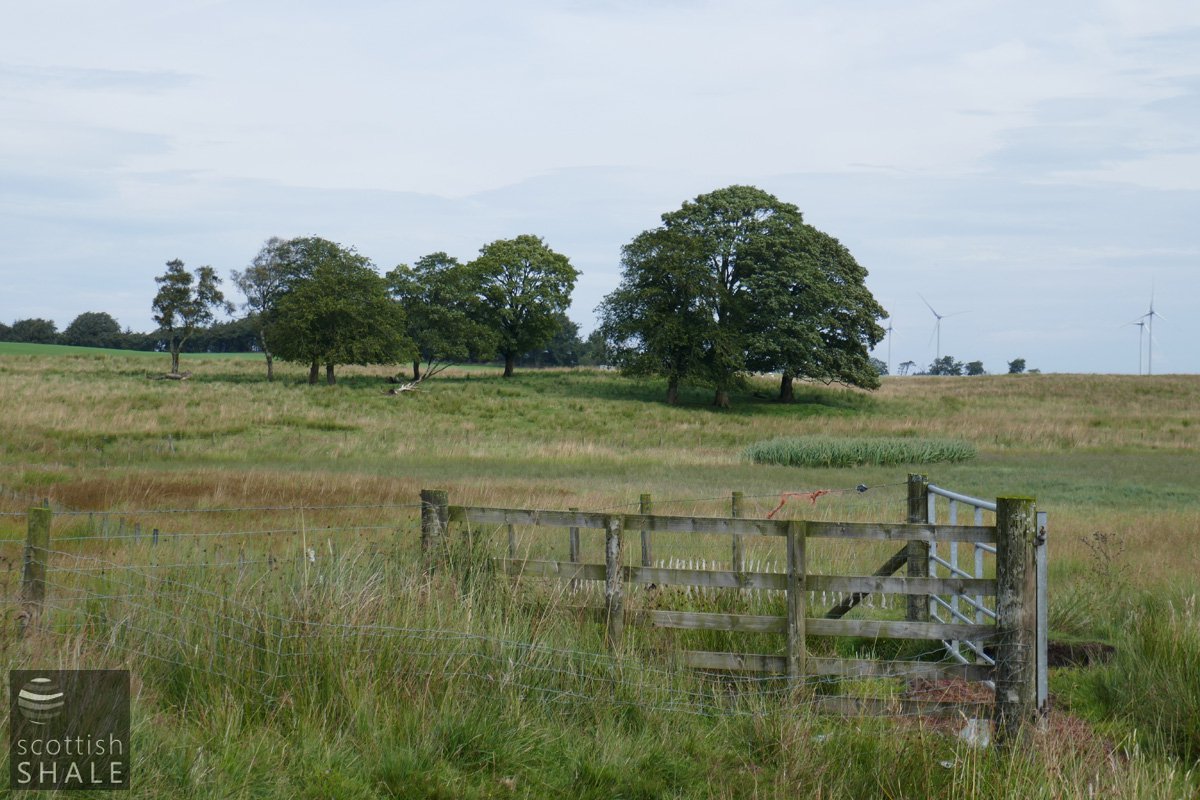 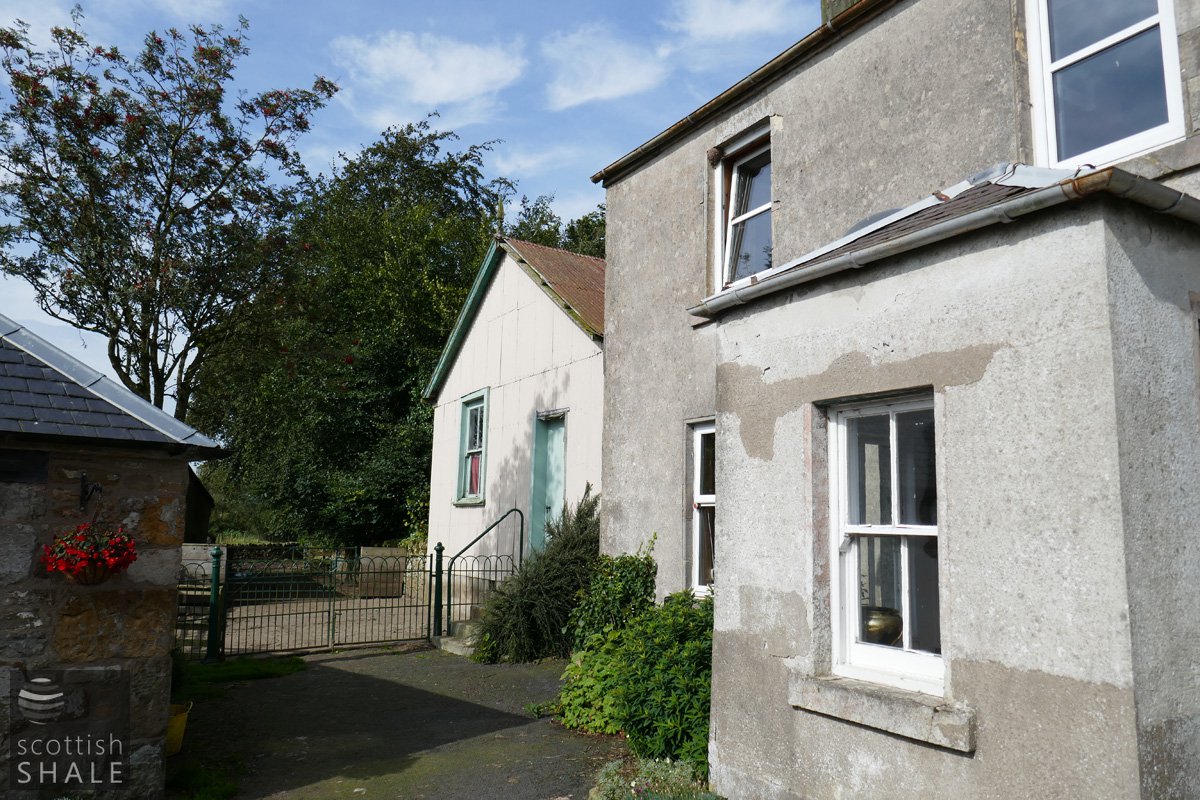 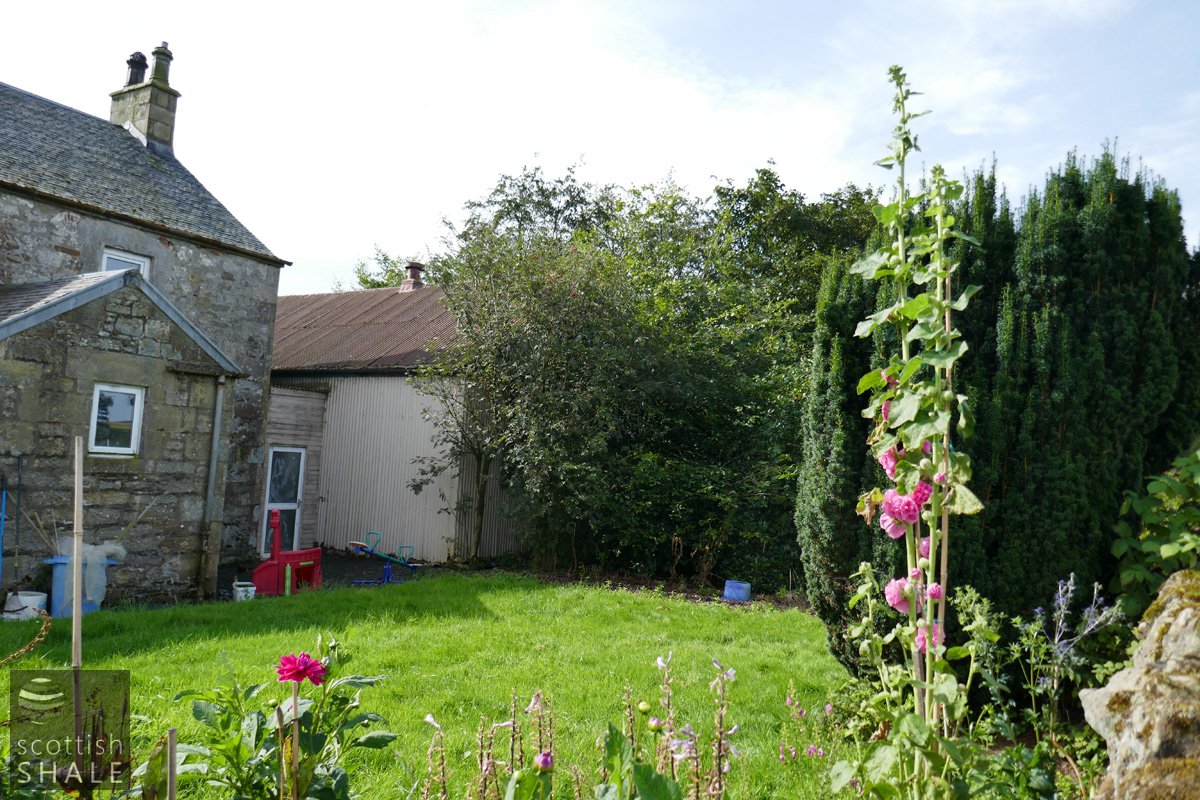 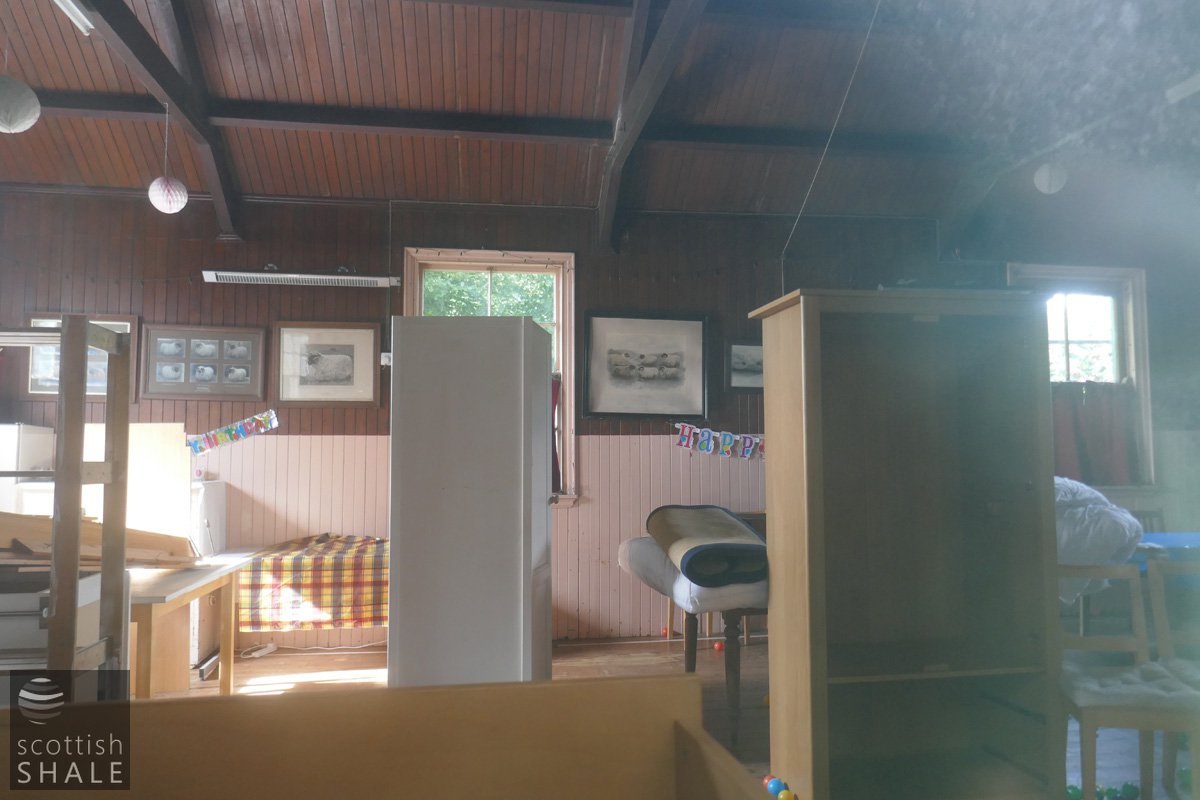 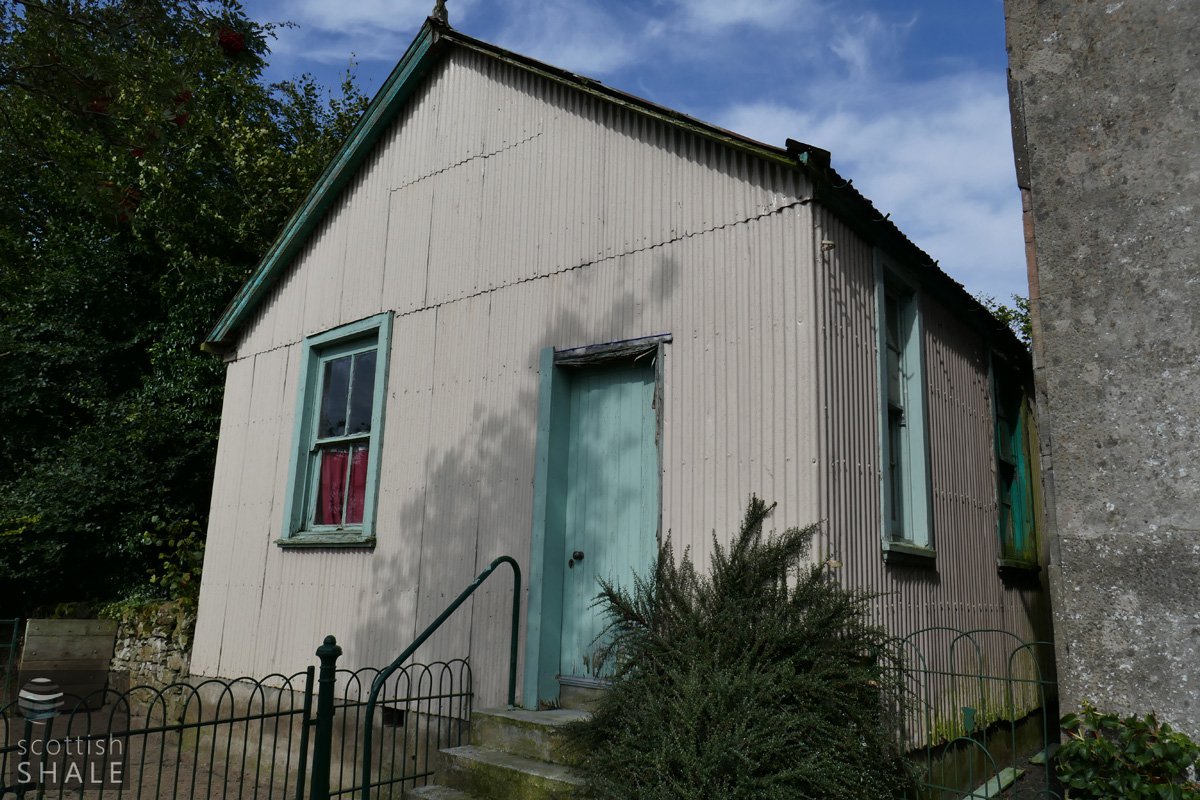 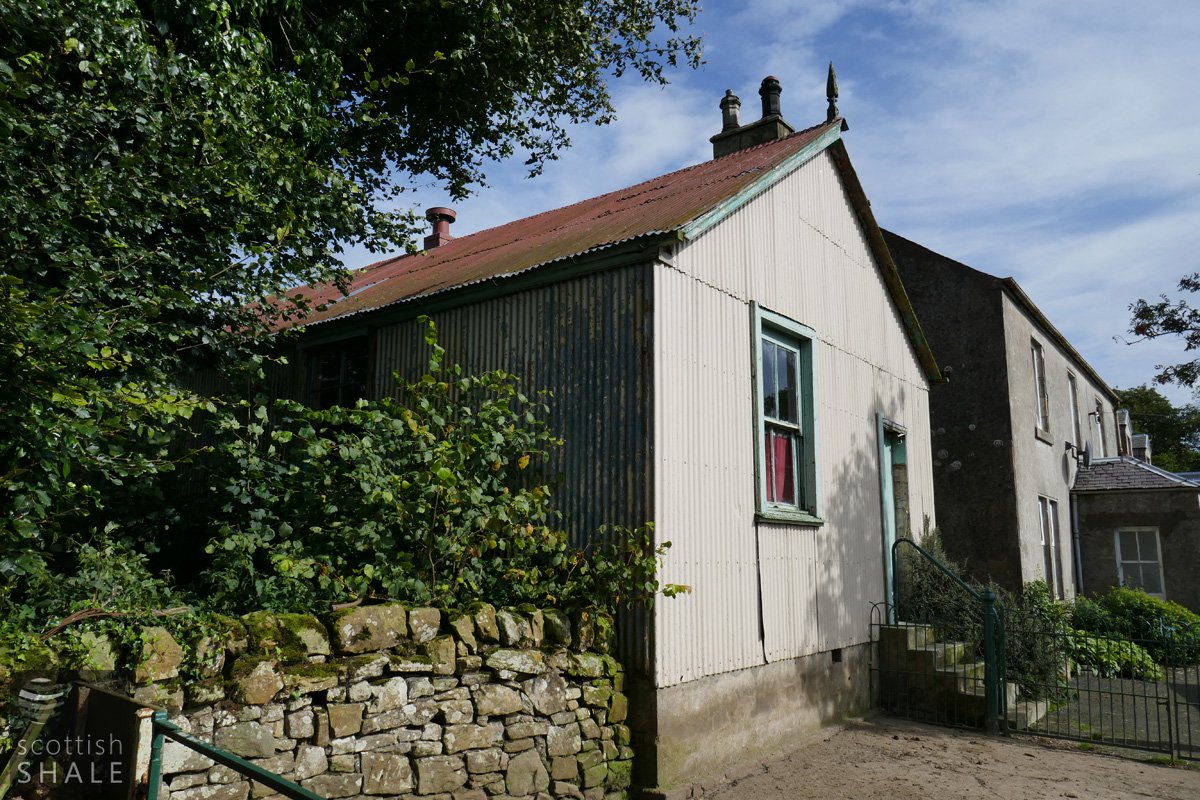 TEACHER (Certificated Female) Wanted by the West Calder School Board for Cobbinshaw Public School (on Roll 30), Salary £55 and 10 per cent of government grant. Duties to commence 6th September. – Applications with testimonials to be lodged with J.T.Mungle, Clerk to the Board, by 22d inst.

School Boards - A plan for the proposed new school at Cobbinshaw was submitted and approved of, and instructions given to have the plans forwarded to the Department for approval.

Midlothian County Council – It was agreed to communicate to the Caledonian Mineral Oil Company Limited, the analyst's report on the water recently introduced to Cobbinshaw Rows, and to call on the company to remedy the reported defects.

Teacher Killed. A young man named John Anderson, a teacher at Cobbinshaw Public School, Was killed on the Caledonian Railway branch line Cobbinshaw last night. He was walking along the railway to his home at Tarbrax after leaving the school when he was overtaken and run down by a mineral train going into Tarbrax Works. Death was instantaneous. Deceased was a promising young man.

COBBINSHAW - 12 cottages for sale, ground can be arranged; all in good order; price £70 for lot – Brand, Dundee.

Situated on Desolate Moor. It has been decided to close down the church which was erected at Cobbinshaw over 60 years ago, and which now stands in the midst of a desolate moor. The decision was intimated at a meeting of Edinburgh Presbytery on Tuesday by the joint clerk, the Rev. Dr. J.R. Aitken, who stated that the minister of the church, the Rev. Dr. Hugh Young, died recently, over ninety years of age. Every house on the moor had gone, and of 300 houses in Tarbrax, only 40 or 50 were now occupied. It was intimated that an offer being received from a farmer who was willing to take the church over, so that he could use it for some purpose on his farm, and that the church possessed a number of furnishings, which include an organ and Communion cups, and that these the congregation were willing to hand over to the Presbytery for use in any church which desired them.