A small oil works with grand ambitions, backed by local businessmen Mungle and coal-master Thomas Thornton, both of whom had extensive interests in other shale oil operations. Shale mines at Kipsyke were linked be a mile-long branch from the Caledonian Railway, just east of Cobbinshaw Station. Grand efforts in 1872 to float a public company (The Scottish Mineral Oil and Coal Company Ltd) to take over the operation seem not to have been successful. It is assumed that the works were sited close to the point were the railway siding joined the main line railway. An area of rough ground with traces of red blaes just to the north of the siding may once have been site of the spent shale bing, and nearby traces shown on Lidar might indicate the site of the oil works. Worker's housing was constructed both at Kipsyke and North Cobbinshaw but both were cleared by 1890. An unlabelled building shown on the 1896 OS map, half way between the presumed oil works site and Cobbinshaw station, might mark the site of North Cobbinshaw village. The stub of the railway siding remained in general use until the mid 20th century, retaining the name "Mungall's Siding".

Redwood notes that the works were operated between 1870 and 1873 by John & Alex Mungle and were sited "half way on North side Cobbinshaw Loch" and were equipped with 36 D-shaped retorts producing crude oil only.

Possible location of the oil works 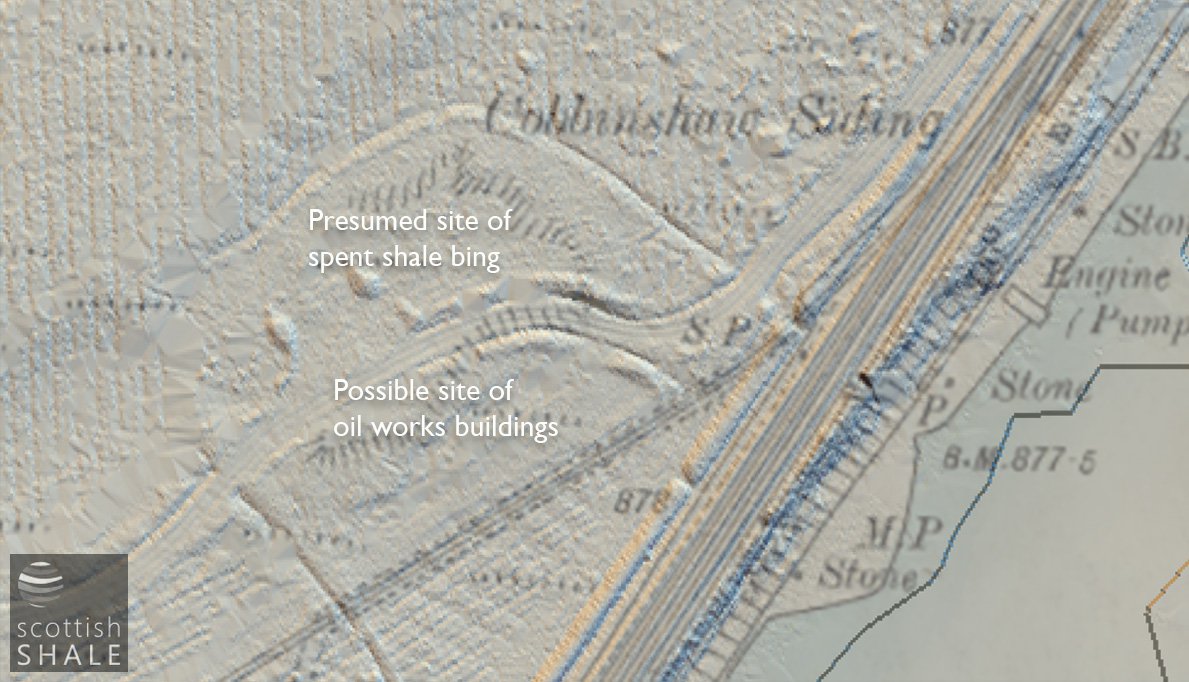 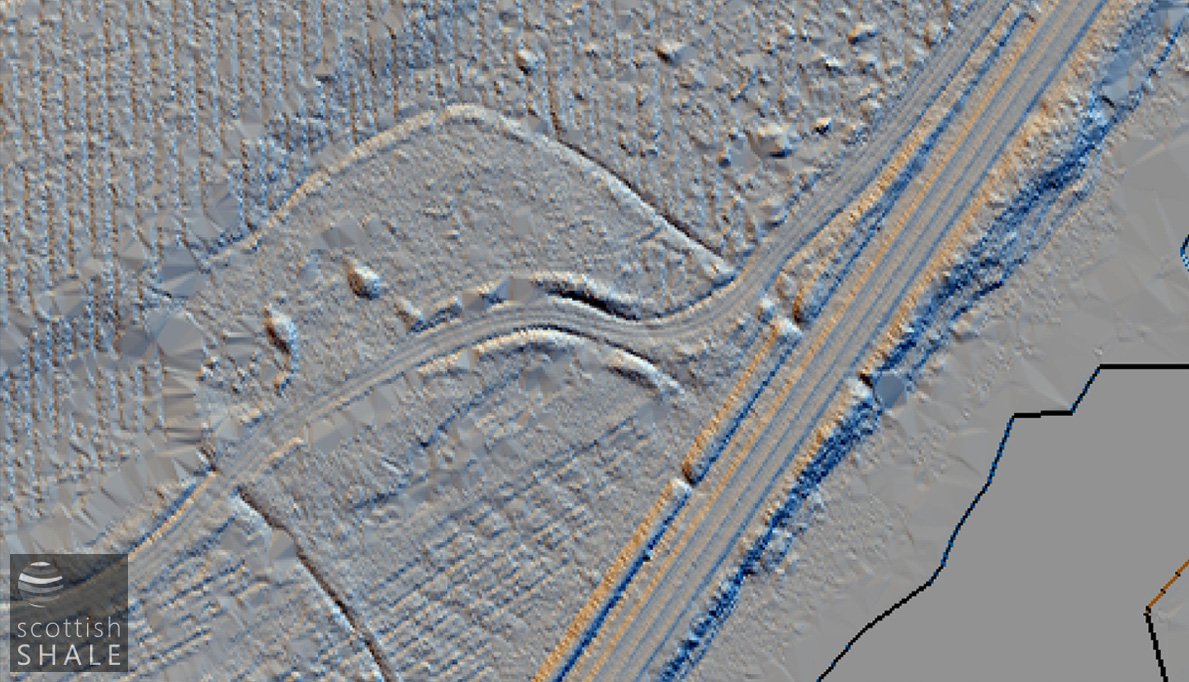 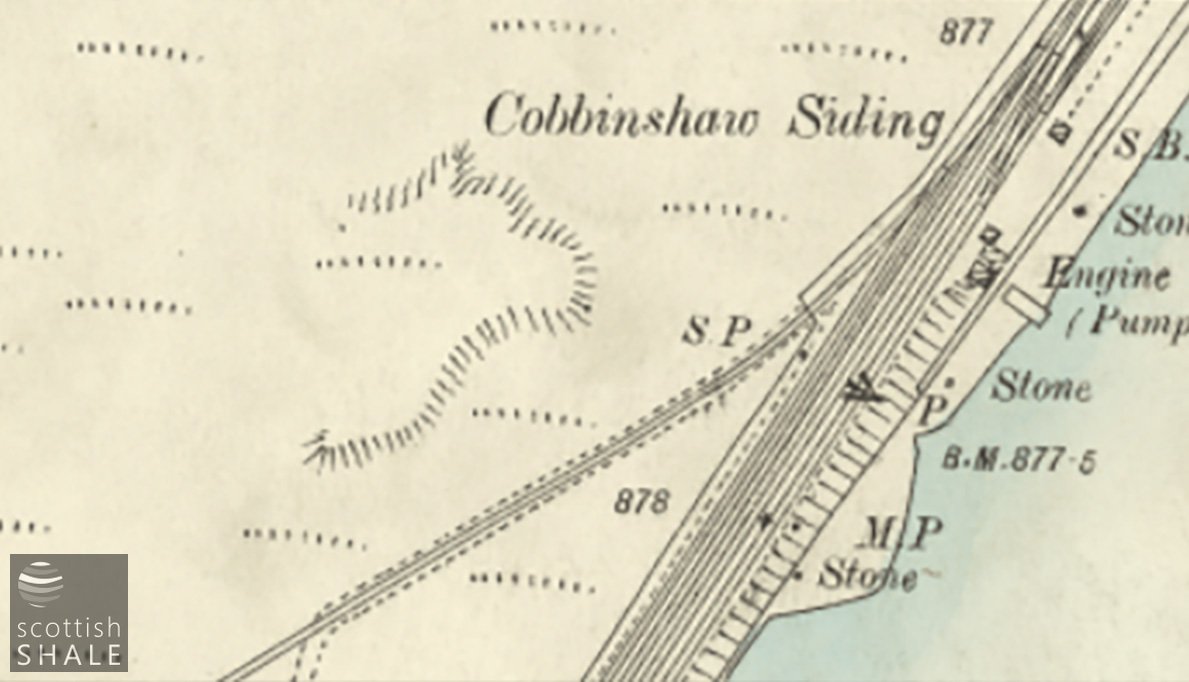 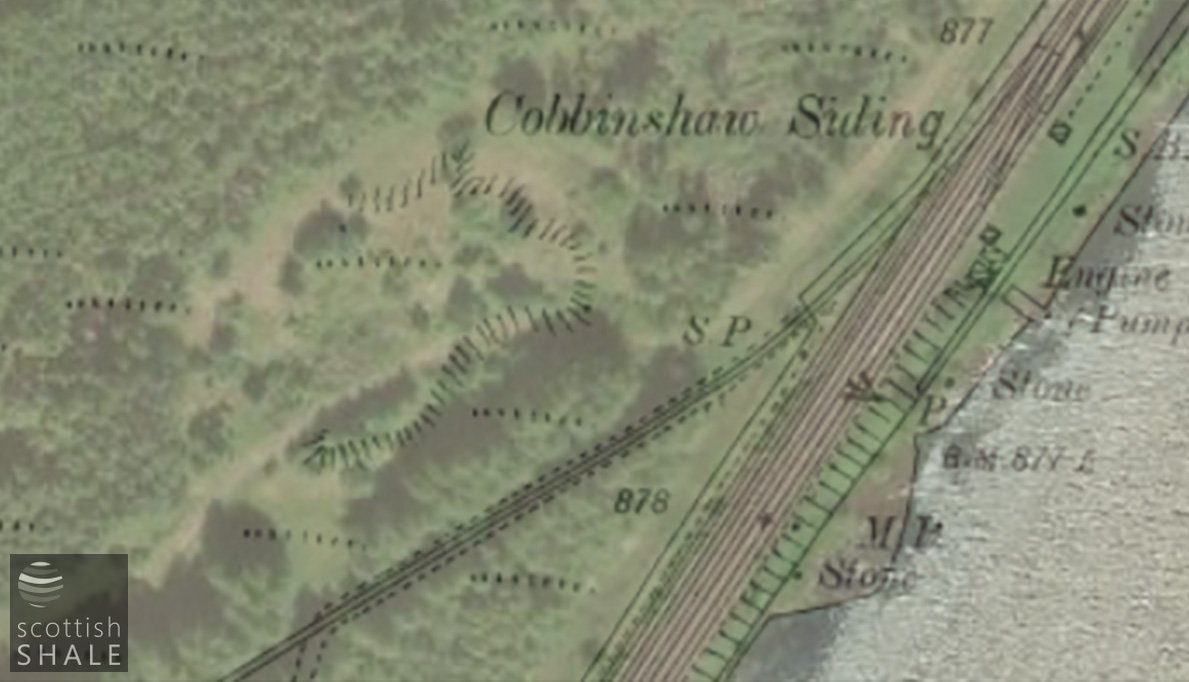 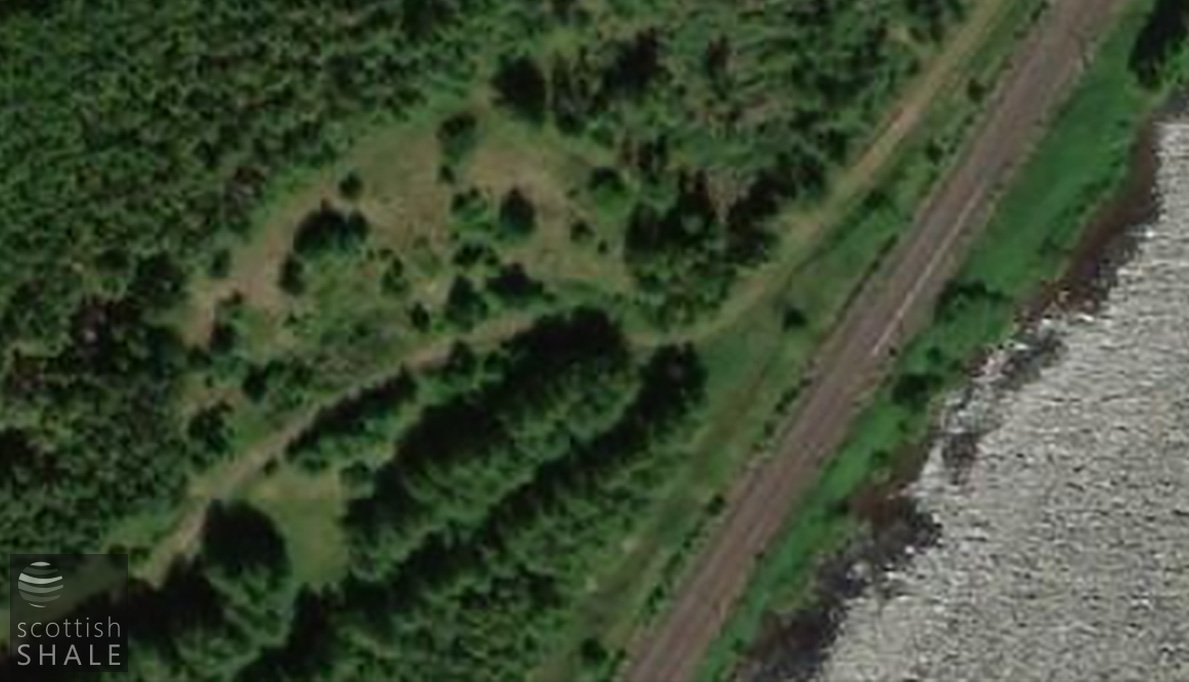 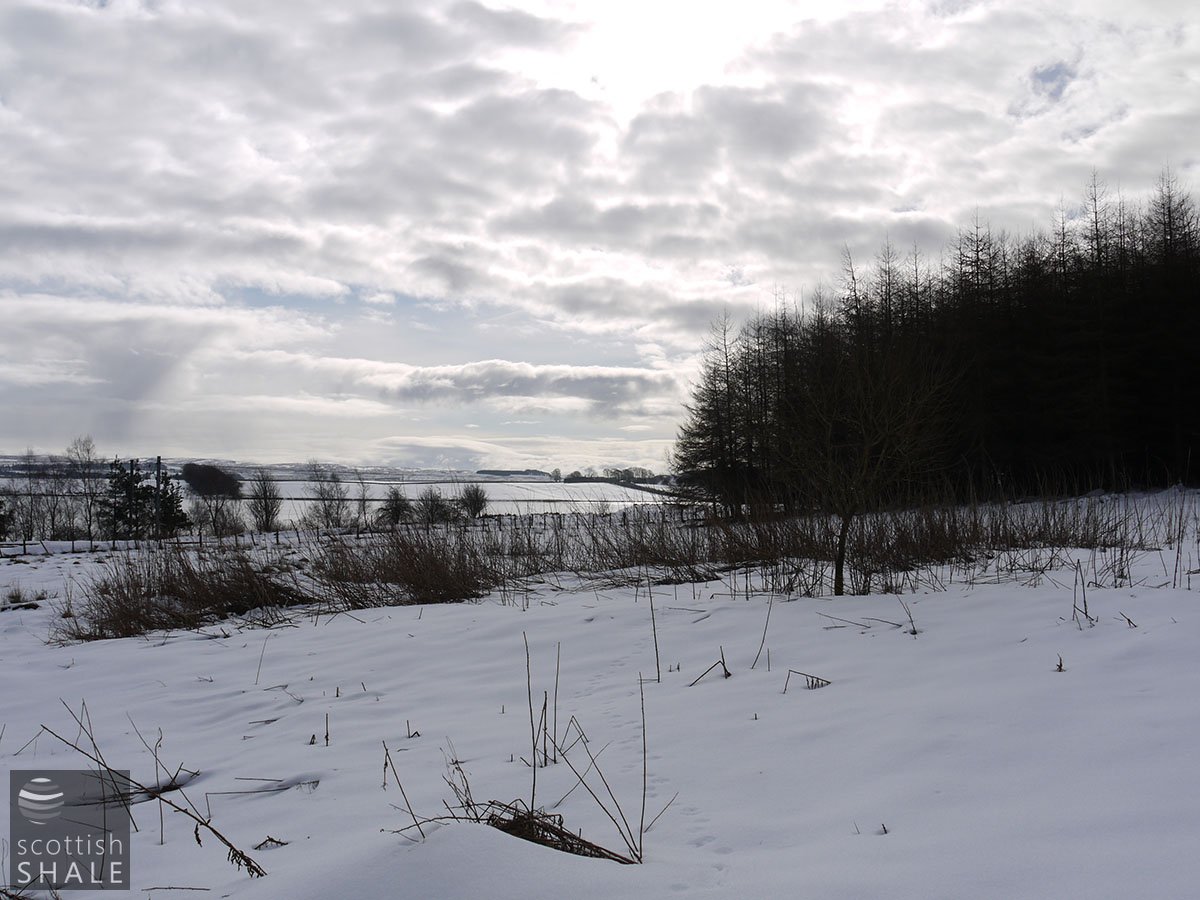 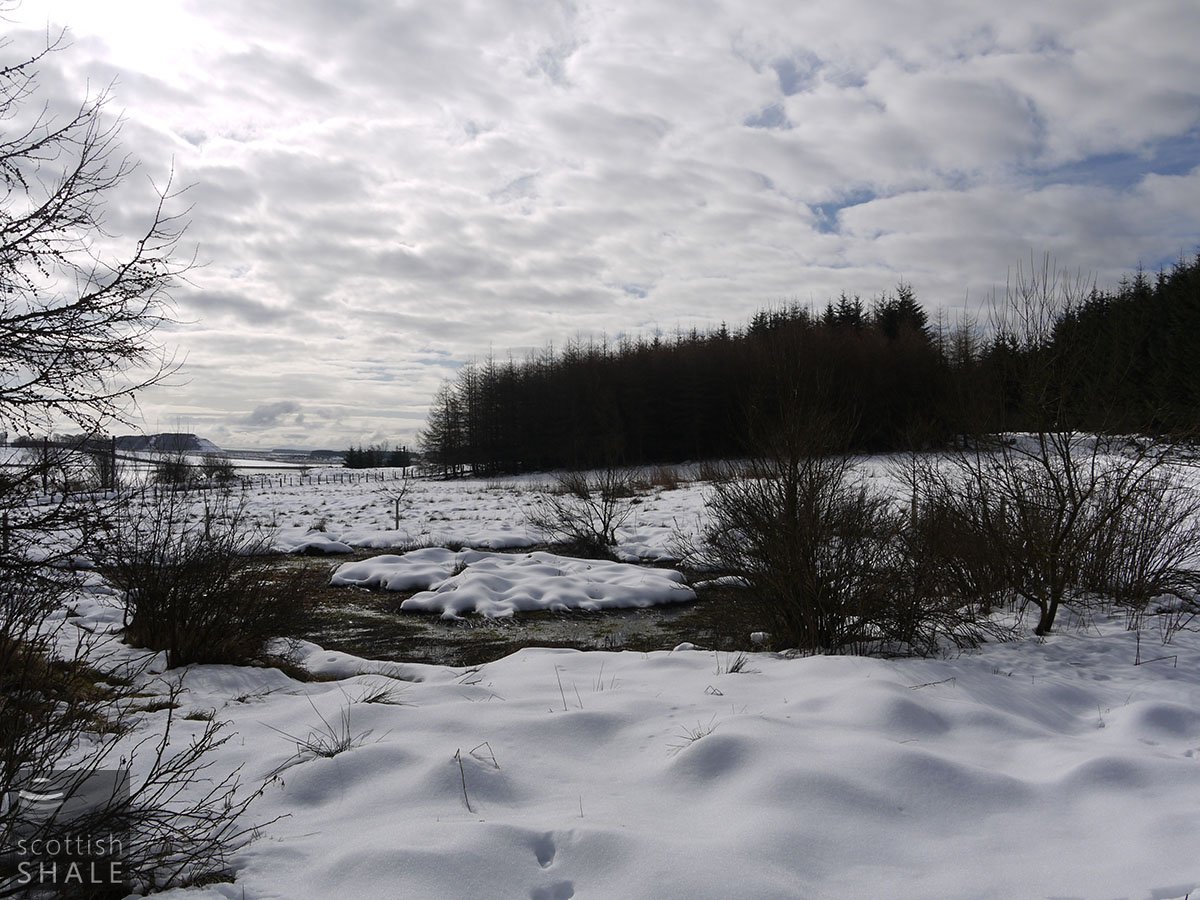 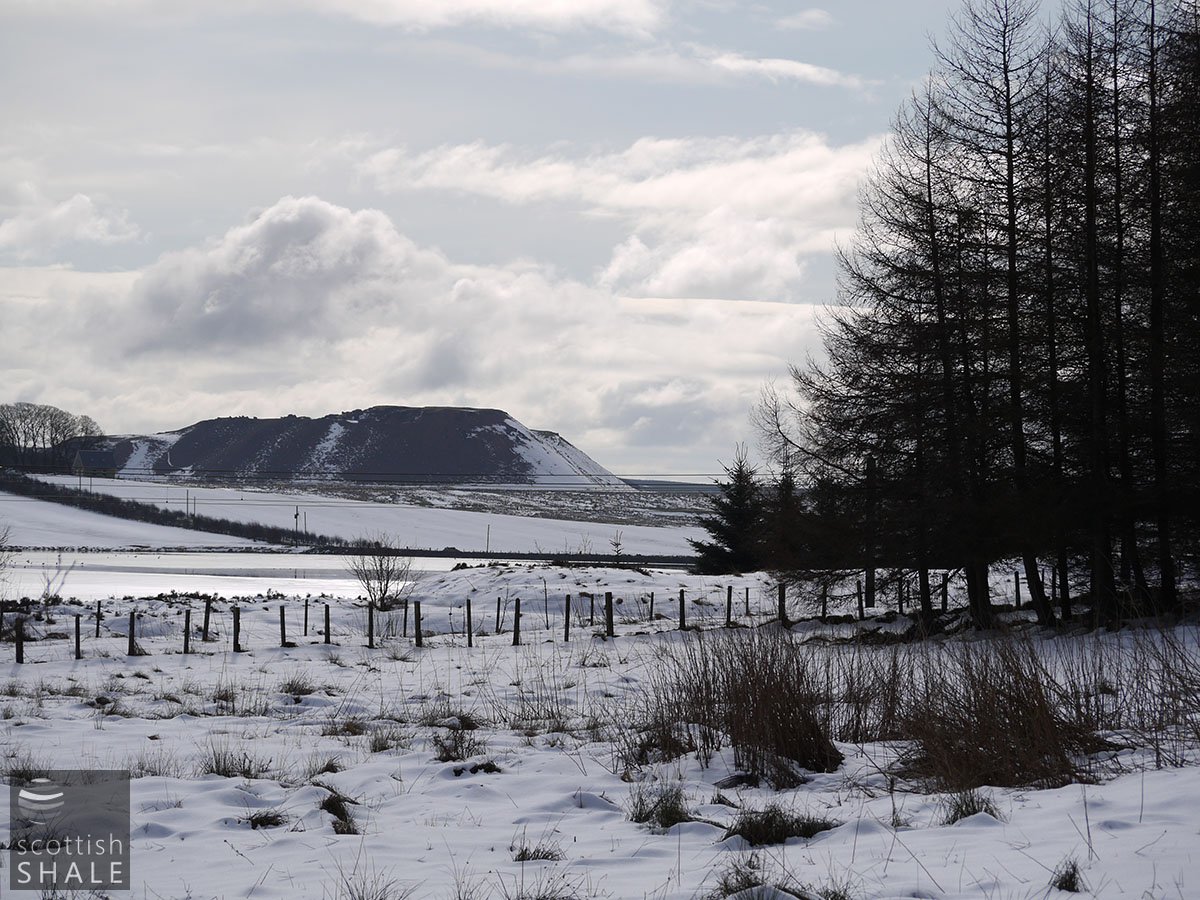 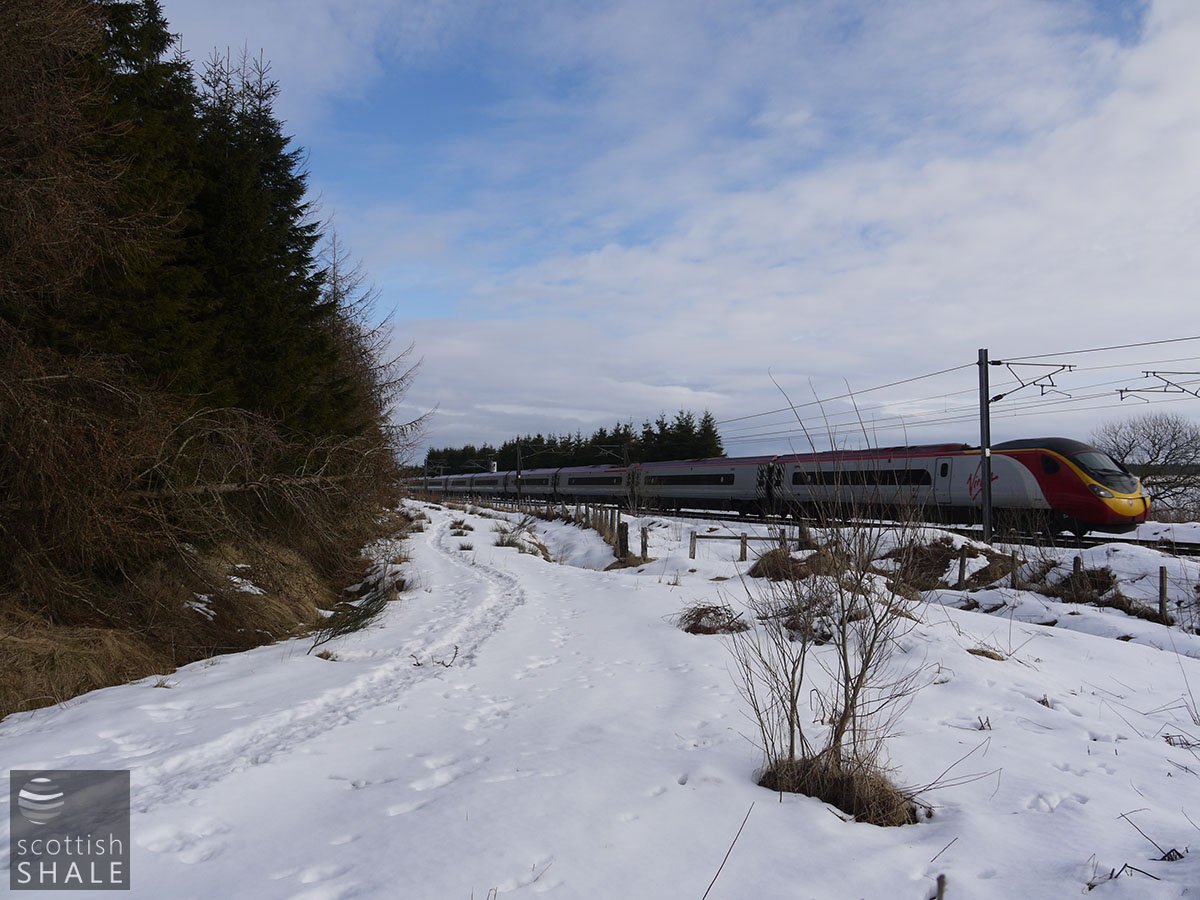 THE SCOTTISH MINERAL OIL AND COAL COMPANY. NORTH COBBINSHAW AND BAADS ESTATES, EDINBURGHSHIRE AND LANARKSHIRE. INCORPORATED UNDER THE COMPANIES ACTS, 1862 AND 1867. CAPITAL £150,000, IN 15,000 SHARES OF £10 EACH.....DIRECTORS IN SCOTLAND. JAMES WATT, Esq. Provost of Leith, JOHN MUNRO MACNAB, Esq., J.P., Trinity , Edinburgh. JOHN JAMES MUIRHEAD Esq., Messrs. Mackay, Cunningham, & Co., Edinburgh. THOMAS THORNTON, Esq., Coal Master, Crofthead, Lanarkshire......An arrangement has been made for the purchase of the Leases of those Lands, containing 2,300 acres of minerals, with a good work already thereon, including Retorts, Mining Appliances, and Workman's Houses, &c., and the privilege of a Railway Siding completed from the Caledonian Railway into the Works.

OIL SHALE &c. – TO BE LET, the SHALE, COAL and other MINERALS on North Cobbinshaw, Parish of West Calder, extending to 900 acres. A Lessee can get Miner's Houses, Engines & c. by agreement. The Caledonian Railway passes through the estate, on which there is a railway station. For full particulars, apply Wm. Fraser, Town-Clerk, Inverkeithing.