The works were served by Burntisland No.1, No.2 and No.3 mines and No.4 pit. Most of the workforce were accommodated in company housing at High Binn and Low Binn. 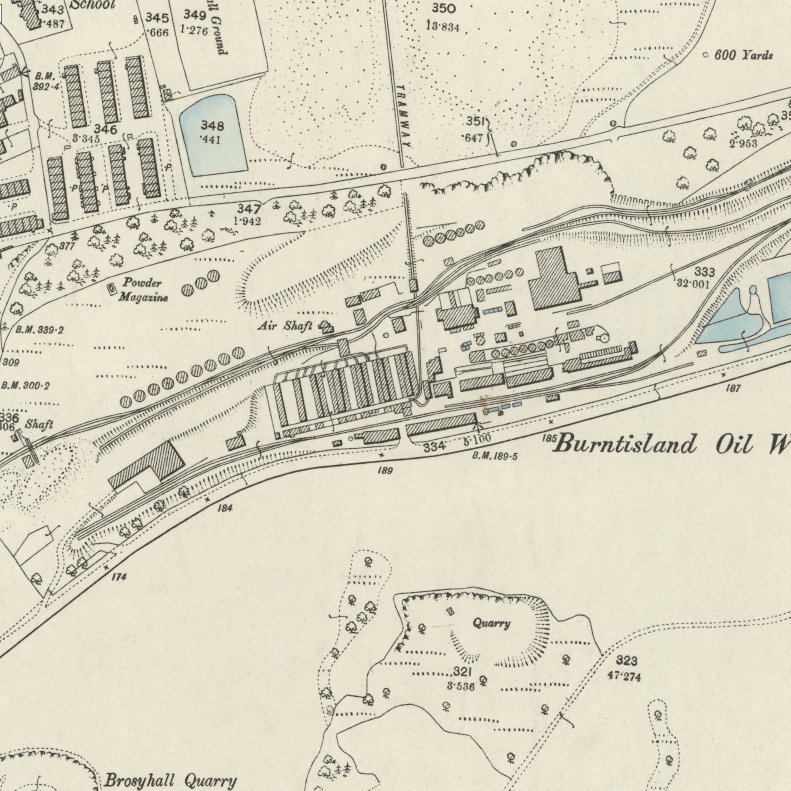 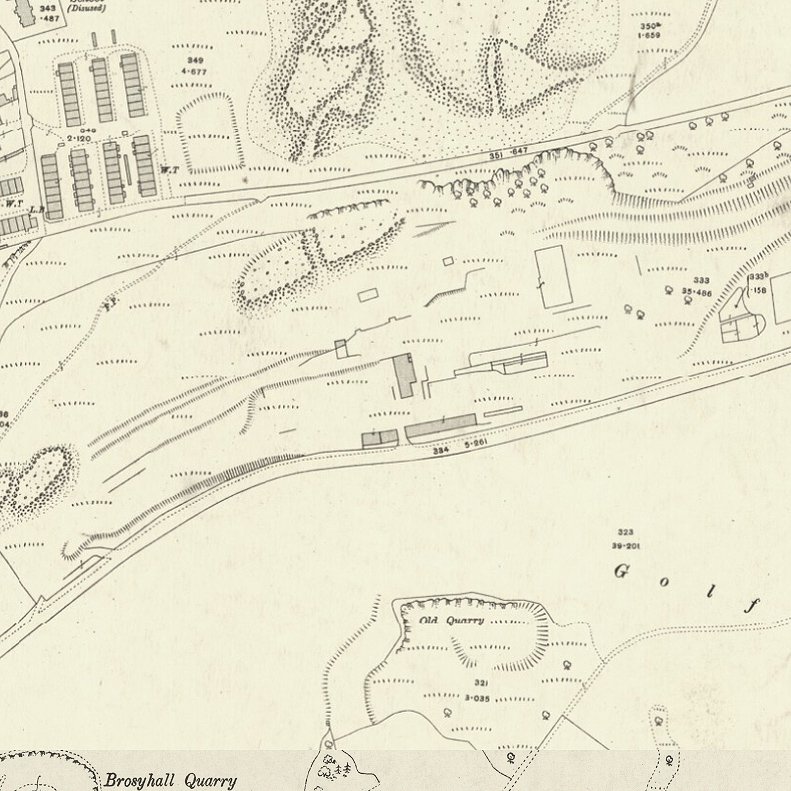 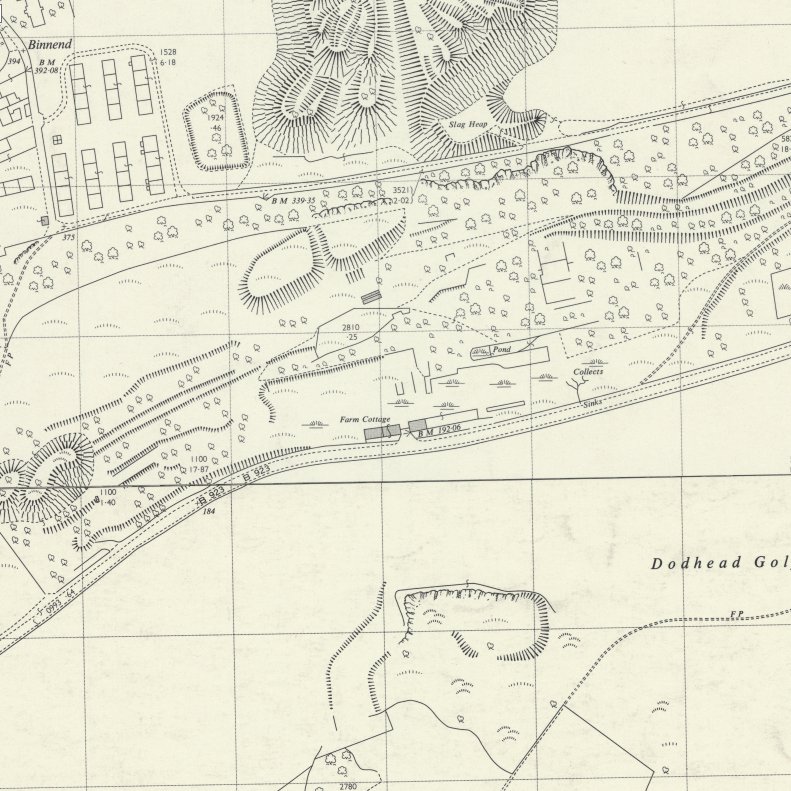 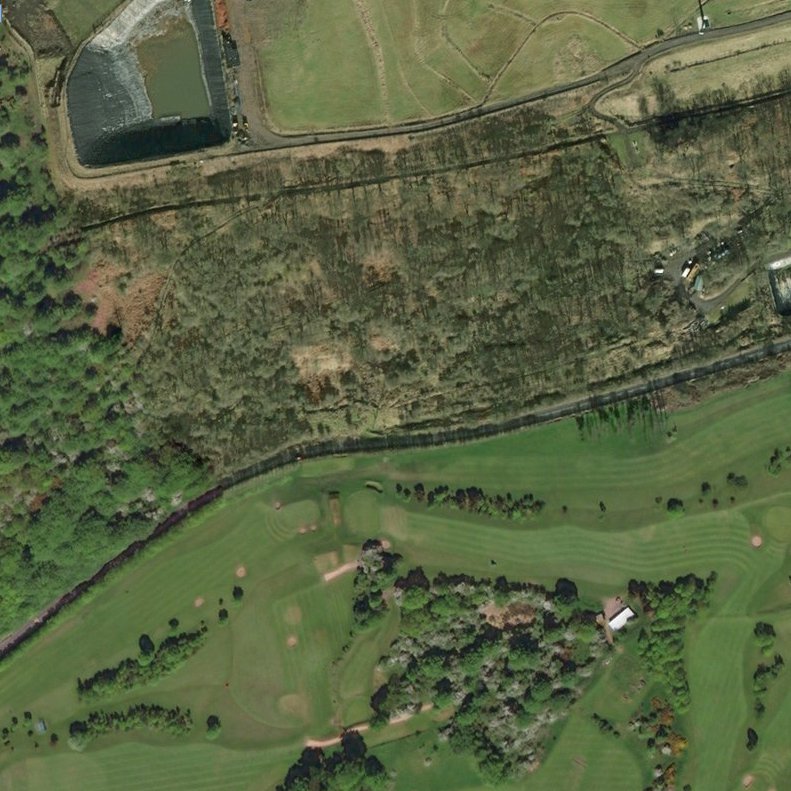 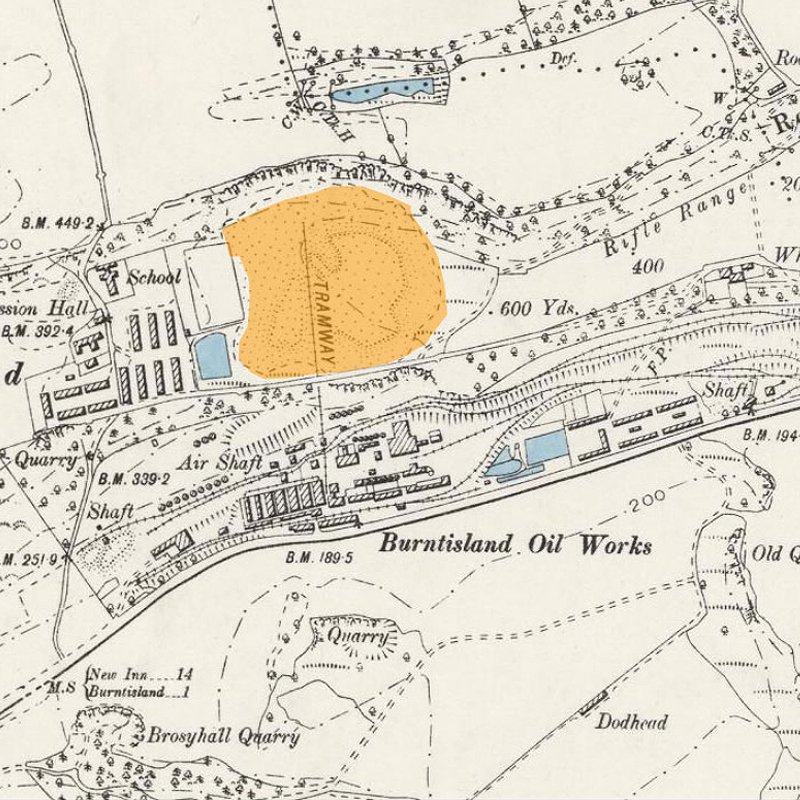 6" OS map, annotated to show the maximum extent of the spent shale bing. 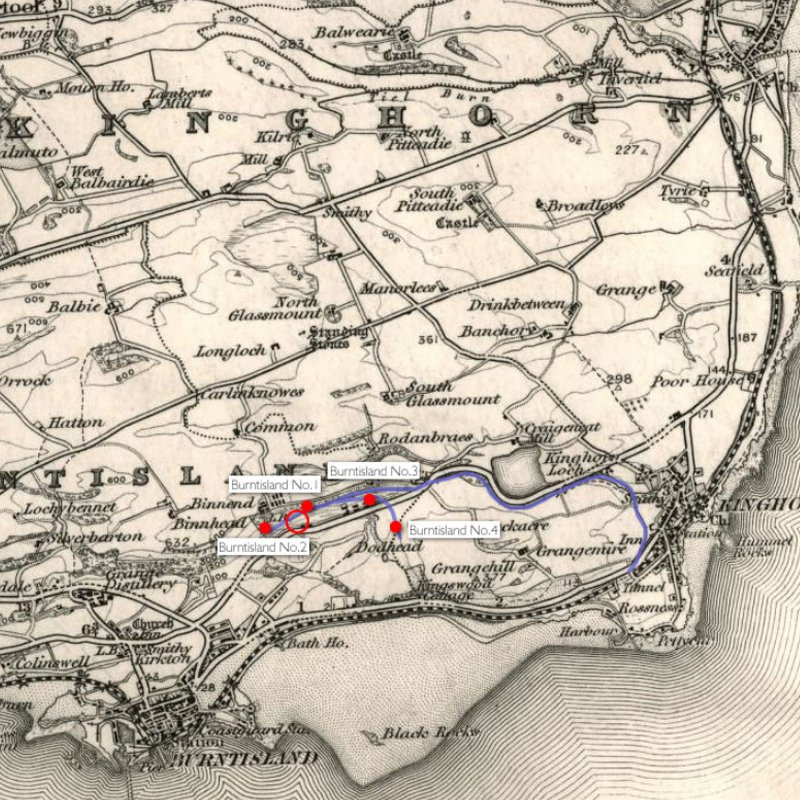 1" OS map showing route of railway from Kinghorn, and location of mines. 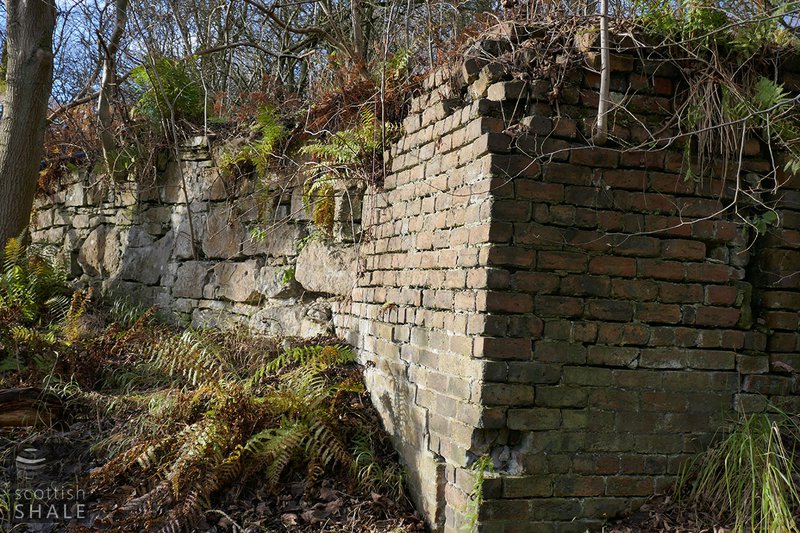 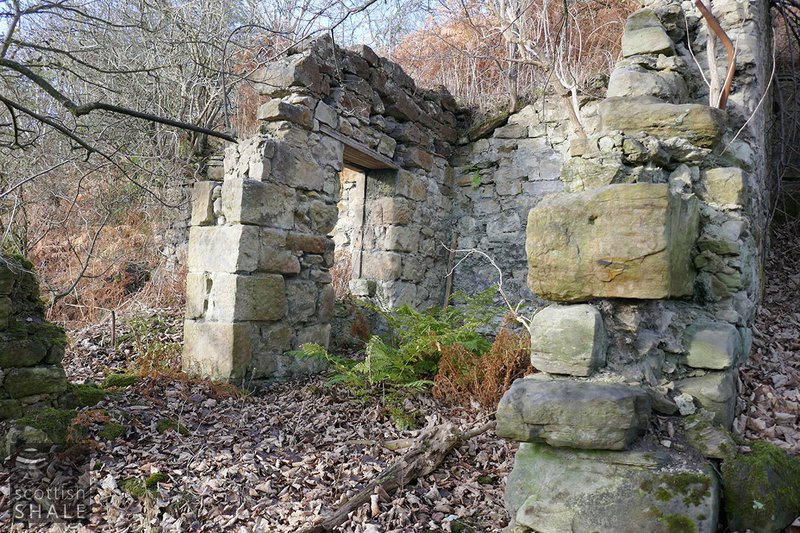 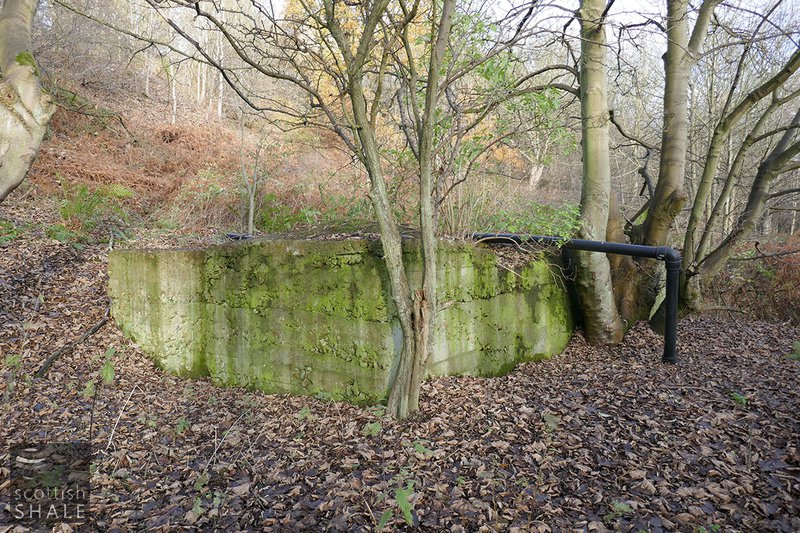 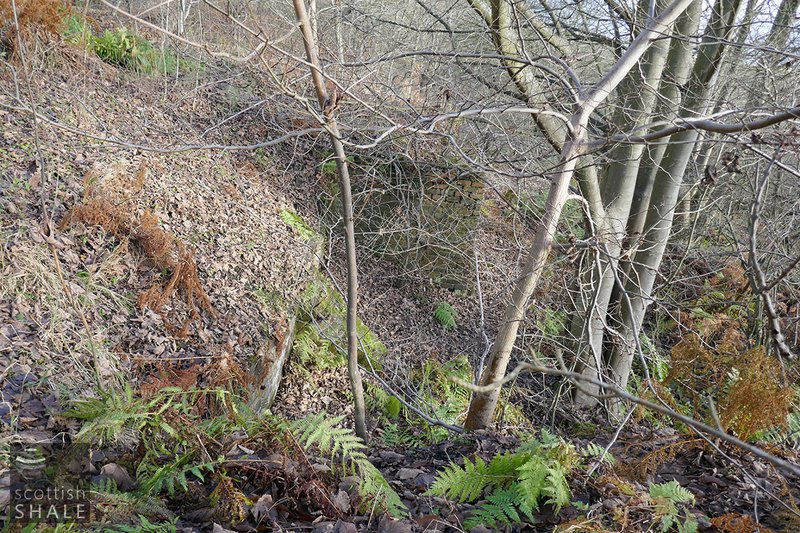 This company has been formed with the purpose of purchasing the Estates of Whinnyhall, Binnend, Common, Rodanbraes, Kinghorn Loch, lochlands and parts of Craigencur and Galahill, near Burntisland, containing Shale, Coal, Limestone, and Freestone, and also the Oil Works erected thereon, and for completing and enlarging the present Oil Works.

Symptoms of prosperity continue to characterise the Burntisland Oil Company's works in the the neighbourhood. New shale pits have been sunk with excellent results, and two additional benches of retorts, with refining accessories, are now in course of erection. Fully 600 hands are now employed and the existing house accommodation has been found inadequate.

The Binnend Oil Company has acquired from Kinghown Town Council a piece of ground near the Loch to erect a candle factory. Operations to start immediately. Proximity to the new railway; which is being rushed forward, and th loch burn required for cooling purposes has determined the choice of site.

THE MINERAL OIL MANUFACTURING and MINING PLANT belonging to the BURNTISLAND OIL COMPANY LIMITED, is for sale by Private Bargain. Catalogues can be had and all information obtained on application to the MANAGER, Oil Works, Burntisland.

CANDLE WORKS TO BE SOLD OR LET

The Extensive CANDLE WORKS belonging to the BURNTISLAND OIL COMPANY LIMITED, and situated at KINGHORN, in the COUNTY OF FIFE, are for SALE by Private Bargain, or they will be LET on Lease for such number of years as may be agreed on, The Buildings and Plant are of the most approved description and are capable of turning out about 40 tons of Candles weekly. The Works are connected by a Private Railway with the North British system at Kinghorn Station. For further particulars apply to W.J. JOHNSTONE, S.S.C., 21, St Andrew Square, Edinburgh.

FIFE – TO SELL or FEU, Eligible Site of Public Works, near Burntisland. The Land was formerly used as the site of the Works of the Burntisland Oil Company (Limited), and is connected by a private railway with the North British Railway at Kinghorn Station. There are also for sale a Large Number of Workman's houses, formerly used in connection with the Oil Works. Apply to CONSTABLE & JOHNSTONE. W.S., 61 Fredrick Street. Edinburgh.